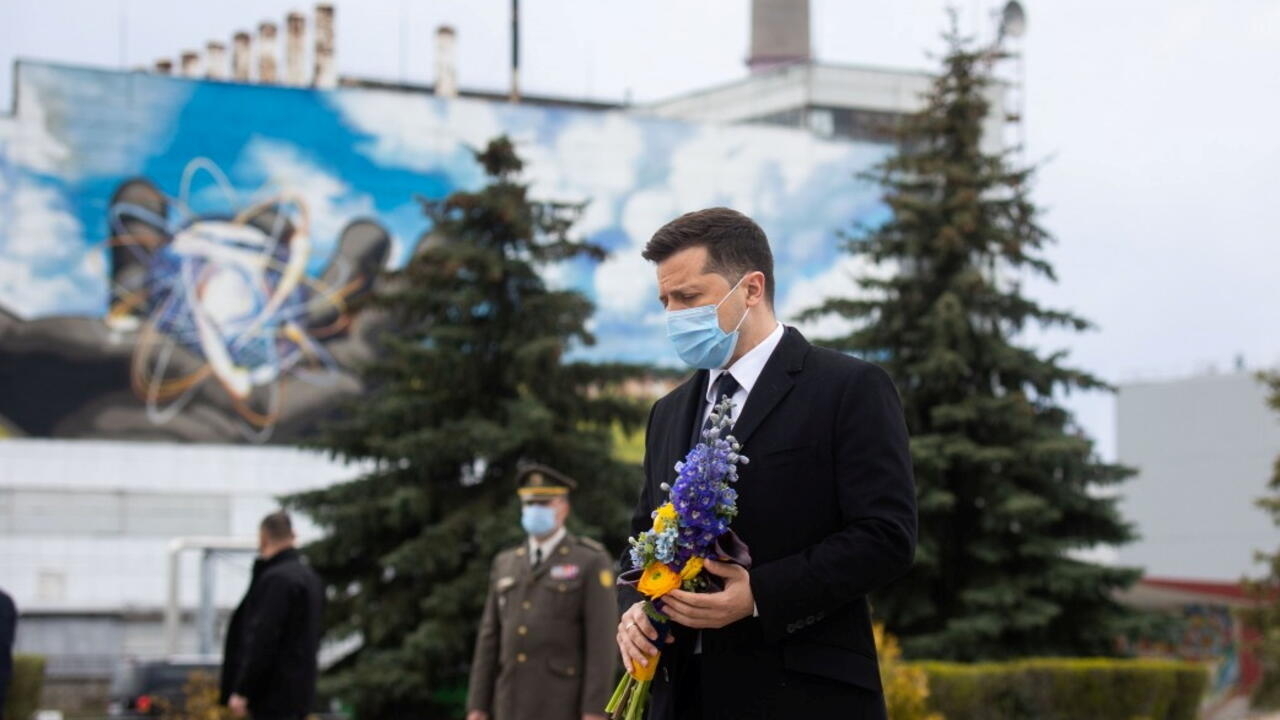 Ukrainian President Volodymyr Zelensky at the ceremony marking the 35th anniversary of the Chernobyl disaster in Ukraine on April 26, 2021. via REUTERS - Presidential Press Service

For ten days, nuclear fuel released radioactive elements into the atmosphere that contaminated, according to some estimates, up to three quarters of Europe but especially Ukraine, Belarus and Russia.

In Ukraine, the president went on Monday to commemorate the disaster.

The opportunity for Volodymyr Zelensky to draw a parallel between this tragedy and the situation in the Donbass at war.

After paying tribute to the victims, Volodymyr Zelensky called for international solidarity to avoid such catastrophes in the future and to revive the contaminated zone: “

Our task is to transform the exclusion zone, that's how it is. we call this area around Chernobyl, a rebirth area

Survivors of the Chernobyl tragedy testify, 20 years after the closure of the nuclear power plant

", is also what threatens the territories of the Donbass at war, according to the Ukrainian president, if nothing is done to stop the tragedy.

He proposed a meeting with Vladimir Putin in eastern Ukraine, but the Russian president sends him back to the separatists and invites him to Russia to talk only about bilateral relations.

However, Volodymyr Zelensky seems determined to meet his counterpart.

It seems to me that this meeting will take place,

I asked my chief of staff Andrei Ermak to get closer to the administration of President Putin, so that they can agree on the conditions and the place of this meeting.

I think the most important thing is what we are going to talk about.

As for the date and place, these are details.

Volodymyr Zelensky also clarified that he was hopeful that the Minsk contact group would agree on a ceasefire on the occasion of Easter, celebrated this Sunday by the Orthodox.

► Also to listen: Tensions between Ukraine and Russia: disinformation as a weapon of war