Publishers in Lund are making international success in Yiddish

For ten years, Niklas and Ida Olniansky have run a publishing house that mainly publishes children's literature in Yiddish. A few years ago, they decided to publish the first book in the Harry Potter series in Yiddish, and it became an immediate international success. 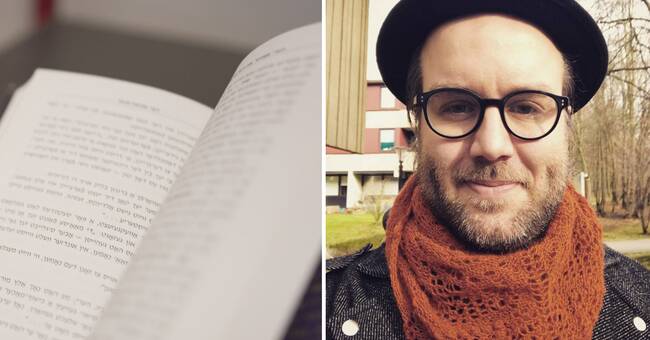 The couple Olniansky started the publishing house together with a mutual friend during their studies.

The purpose was to publish a magazine in the national minority language Yiddish.

- It has developed since, from running a magazine to working with some of the biggest names, when it comes to Yiddish, and we have published works written by Tolkien and JK Rowling, says Niklas Olniansky.

Last year, the publisher became an international snack ice cream, when they published the first book about Harry Potter in Yiddish.

Revitalizes the language with the help of Harry Potter

Olniansky Tekst is the only publisher in Sweden that publishes literature in Yiddish, and their business is also unique internationally.

There is a lack of modern and secular literature in Yiddish, which is why the publisher wants to publish popular works, such as the one about Harry Potter.

According to Niklas Olniansky, it is a way to revitalize the language, thus increasing the number of people who master it.

- Around the world, people write to us, readers who tell us that this was what I needed to find my way back to this language, which is my mother tongue.

In the clip above, you can hear Niklas Olniansky talk about how Harry Potter in Yiddish became an international success.