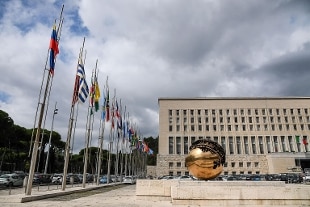 April 26, 2021 Russia expelled the Deputy Naval Attaché of the Italian Embassy in Moscow after the measures taken by Rome against the two soldiers of the Russian Embassy in Italy, involved in the espionage case involving the Navy officer Walter Biot.

"We learned with deep regret of the Russian Federation's decision to expel the Deputy Naval Attaché of the Italian Embassy in Moscow with 24 hours notice. We consider the decision groundless and unjust because in retaliation for a legitimate measure taken by the Italian authorities. in defense of their own safety ". It can be read in a note from the Farnesina.