It is wrong to link the implementation of the Nord Stream 2 project with the situation around Alexei Navalny and other individual cases. This was stated by the Minister of Economy and Energy of Germany Peter Altmeier. At the same time, he spoke in favor of ensuring that the interests of Kiev are respected after the gas pipeline is put into operation. Earlier, the Prime Minister of the German region of Saxony, Michael Kretschmer, said in an interview with RT DE about the need to establish ties between Russia and the European Union, calling "to end the issue of Ukraine." Analysts state that more and more representatives of the German establishment support the stabilization of relations between Moscow and Berlin, despite the pressure from Washington and the difficult geopolitical situation. Experts expect Germany to strive to protect its own economic interests,creating the basis for a constructive dialogue with the Russian Federation. 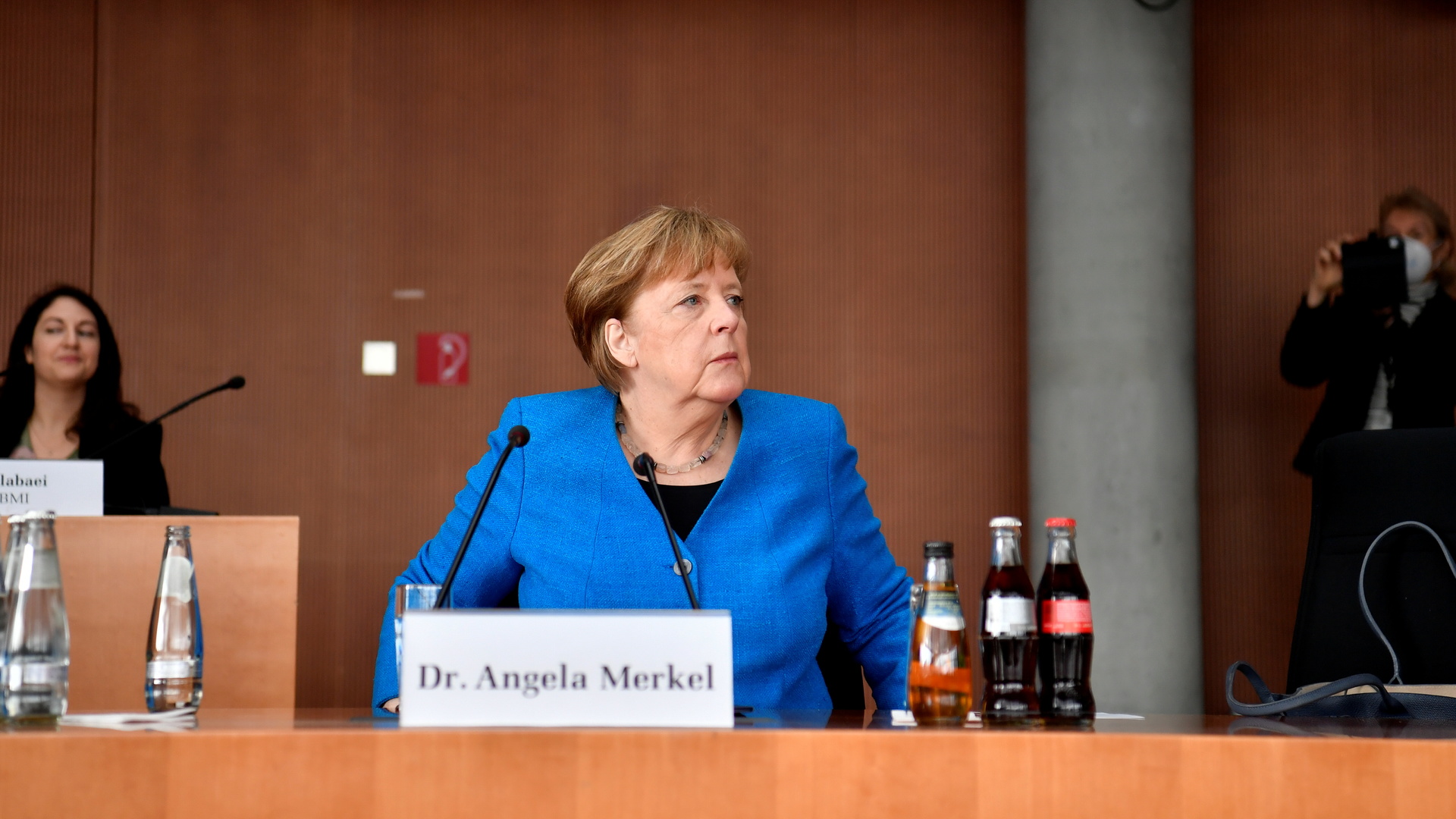 It is wrong to link the construction of the Nord Stream 2 project with the case of Alexei Navalny and other issues.

This was stated by the Minister of Economy and Energy of the Federal Republic of Germany Peter Altmeier.

“We should not link the completion of Nord Stream 2 with the Navalny case.

We must evaluate and make a decision on the construction and completion of the gas pipeline regardless of individual cases, ”TASS quoted him as saying.

Altmeier said that over the 50-year history of gas supplies to Europe, they have not become a political weapon in relations between the West and Russia.

According to the German minister, this ensures the security of the gas supply to Germany, and everything must be carefully weighed before moving away from this line.

In addition, the decision to implement the Nord Stream 2 project was made long ago, and the project was approved by the authorities of a number of European countries in accordance with the legislation, Peter Altmaier recalled.

At the same time, he believes that after the completion of the construction of the gas pipeline, it is necessary to observe the interests of Ukraine in the issue of gas transit through its territory.

Also, the construction of terminals for receiving liquefied natural gas will ensure independence from supplies via Nord Stream 2, if the need arises, Altmaier believes.

The issue of maintaining gas transit from Russia through Ukrainian territory is one of the stumbling blocks in the discussion around Nord Stream 2.

Kiev fears the loss of this item of income and therefore consistently opposes the implementation of the project.

For example, in early April, the head of the Ukrainian GTS Operator, Serhiy Makogon, called gas transit an element of the country's energy security and urged not to allow the completion of the construction of Nord Stream 2.

According to him, Russia has reduced transit to Turkey, Greece, Bulgaria and Romania after the commissioning of the Turkish Stream, and after the start of the new gas pipeline, it will stop altogether.

On his Facebook, he noted that gas supplies through the territory of Ukraine are an important element of the republic's energy and military security.

Earlier, in February, Ukrainian Foreign Minister Dmitry Kuleba, together with Polish Foreign Minister Zbigniew Rau, published an open letter in Politico, in which they called on US President Joe Biden to prevent the implementation of Nord Stream 2 by all available means.

However, despite opposition from Ukraine, Poland, the Baltic countries and especially the United States, Germany does not intend to abandon the project.

This, in particular, was stated by German Chancellor Angela Merkel at a recent meeting of the Parliamentary Assembly of the Council of Europe.

The German Chancellor stressed that Nord Stream 2 was at the center of large-scale disagreements between Russia and European countries, turning into an element of political struggle.

Merkel recalled that the Russian gas pipeline Nord Stream 1, which runs along the bottom of the Baltic Sea, is already supplying gas to Europe.

“I know that there are many contradictory views around Nord Stream 2, in particular, I know how many PACE member states relate to this issue.

Merkel also reminded the PACE session participants that, according to the EU gas directive adopted in 2019, each member of the union can independently determine whether the new Russian gas pipeline falls under its restrictions.

In addition, the German Chancellor noted that criticism of Nord Stream 2 makes her think that it is about maintaining trade ties with Moscow.

“We have many conflicts with Russia, which, unfortunately, complicate our relations.

Nevertheless, we have to talk, ”said Angela Merkel.

"Let's finish with the theme of Ukraine"

It is worth noting that calls to normalize relations with Russia, despite the current disagreements, including Ukrainian issues, are being heard more and more often among the German establishment.

So, this was stated by the Prime Minister of the German region of Saxony Michael Kretschmer in an interview with RT DE.

“I perceive Russia as a country that, to a large extent, lives within the framework of European values ​​and European culture.

This is my perception for many years, and I am experiencing the same feelings now.

I believe that we should not allow us to be divided.

The European Union and Russia are two partners who live on the same common continent, which will always be connected with each other, will depend on each other, ”Kretschmer told RT reporters.

He noted that the conflicts in the east of Ukraine must be resolved so that this topic is closed and does not become an obstacle for even more extensive and intensive cooperation.

“People in Russia and Europe want peace, security, the opportunity to build their own lives, to work with each other in prosperity - this is where we have so much in common.

Let's put an end to the topic of Ukraine - we will contribute to the establishment of peace there, and then there will be even more opportunities for cooperation, ”the Prime Minister of Saxony believes.

Analysts, in turn, note that the calls of a number of German politicians to separate geopolitics and economics while building a dialogue with Russia are primarily aimed at protecting national interests.

For example, Vladimir Bruter, an expert at the International Institute for Humanitarian and Political Research, recalled in an interview with RT that the construction of Nord Stream 2 was approved precisely because this project is exclusively commercial in nature.

“If it were a political project, it would never have taken place, because no one would have given the green light for its construction.

Due to the fact that it is economic, its construction is actively continuing, and there is every chance for it to be successfully completed, ”explained Bruter.

Alexander Kamkin, a leading researcher at the Center for German Studies at the Institute of Europe of the Russian Academy of Sciences, is also optimistic about the progress of the Nord Stream 2 implementation.

In his opinion, the current statements of German politicians opposing the politicization of this project indicate the direct interest of official Berlin in it.

He noted that, despite the attempts of some pro-American forces in the FRG to translate this issue into a political plane, many German statesmen are aware of its importance for the future of the republic.

“Germany will have an undeniable advantage: natural gas is not only a fuel, but also the basis for the production of many types of products in the chemical industry.

Undoubtedly, the "Nord Stream - 2" is badly needed by the FRG and Europe as a whole.

Attempts to torpedo it due to political provocation testify to unfair influence and competition from the United States, ”Kamkin explained.

He predicts that the pressure on Germany will continue, but the statements of Merkel, Altmeier and Kretschmer indicate that Berlin has a firm position in defending its economic interests.

This is confirmed by the rhetoric of the Prime Minister of Saxony on the Ukrainian issue, the political scientist believes.

“Here we see the position of the sane wing of the German establishment.

The topic of Ukraine is being actively imposed on them by certain political forces in Brussels, Washington and in Eastern European countries as an irritating factor in relations with Russia, ”Kamkin says.

From his point of view, the FRG is currently reassessing its position in Ukraine.

"The fruitless work of the Normandy format, disappointment in the effectiveness of the Ukrainian leadership - all this is pushing sensible representatives of the German establishment to move away from linking the return to a normal regime of relations between Berlin and Moscow with the Ukrainian question," the expert explained.

At the same time, an attempt to oblige Russia to guarantee Ukraine the preservation of gas transit violates the principle of free competition, Alexander Kamkin believes.

However, in his opinion, it is quite possible to expect that Berlin can launch a "strategy of small steps" in terms of normalizing relations with Russia.

“This will be a dialogue based on minimal consensus and mutual projects such as Nord Stream 2.

Of course, one should not expect any breakthroughs right away, but the gradual building of constructive relations is quite possible, ”the expert concluded.