C1: Eden Hazard, a season in hell at Real Madrid (AFP) After two seasons plagued by repeated injuries, Belgian Real Madrid superstar Eden Hazard resumed competition on Saturday against Betis Sevilla (0-0) in the league, just in time to face his former club, Chelsea, in the semi-final Champions League Tuesday. At the end of the tunnel, Chelsea? Two years after leaving the London club for the capital of Madrid in what had been Real's last 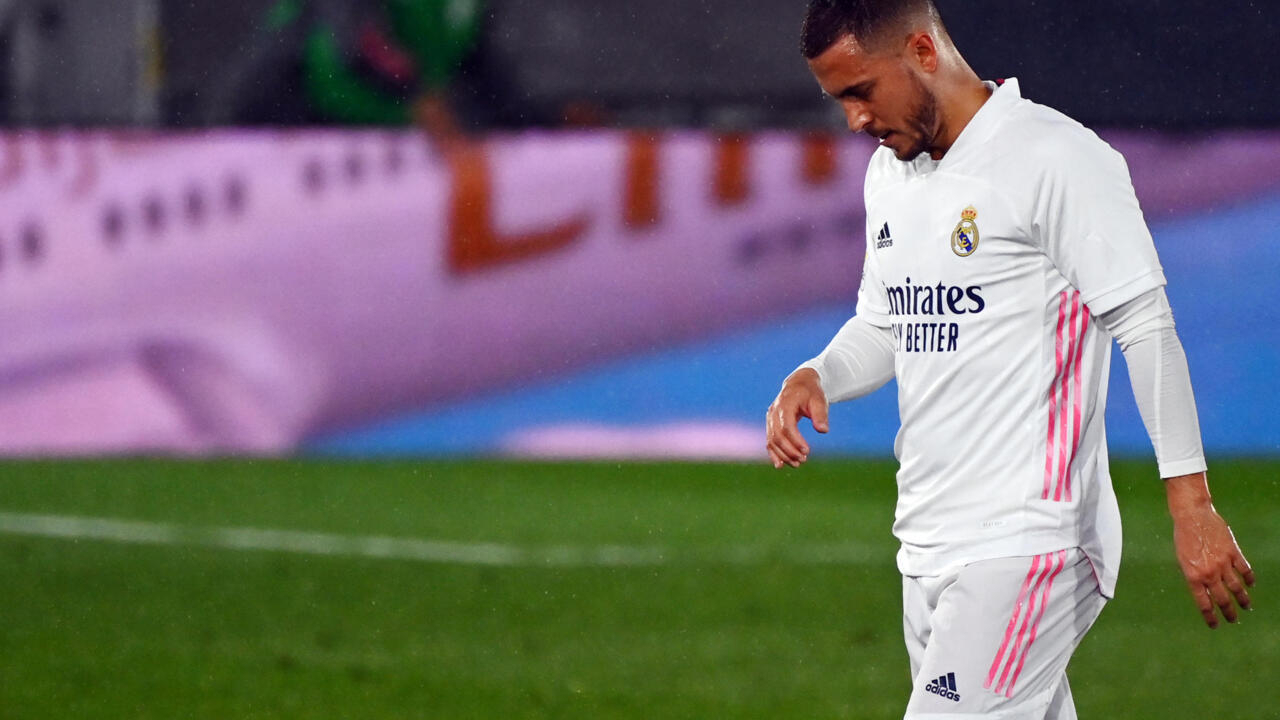 At the end of the tunnel, Chelsea?

Two years after leaving the London club for the capital of Madrid in what had been Real's last "galactic" transfer in the summer of 2019 (EUR 115m), Hazard has only made 37 appearances for the "White House" ... but could erase his long series of injuries by signing a reference match against the "Blues" on Tuesday.

Positive for Covid-19 in November, Hazard has also suffered five ankle and leg injuries this season ... including the last, to the right groin, on March 13.

"There are things that you cannot explain ... These are things that happen in football. There is the preseason (shortened), the number of matches, a lot of things in the head as well. . It plays a lot, "said Zinédine Zidane this winter, incredulous at a press conference just before the knockout stages of the Champions League against Atalanta Bergamo, when he learned that his Belgian striker had just suffered a new injury.

"Eden has not had any luck since arriving in Madrid. It makes me a little sad for him, everyone knows that Eden is a great player, who can help us a lot on the pitch. He too is sad. He is sad. wants to prove that she is one of the stars of this world, and we are here to help her, "French striker Karim Benzema joined.

Before this groin injury, the Belgian's medical file had had time to thicken.

Since joining Real, Hazard has suffered from nearly ten thigh and ankle injuries.

During his first season, on November 26, 2019, Hazard was injured during contact with his compatriot Thomas Meunier against Paris SG in the Champions League (2-2).

He was first announced to be unavailable for ten days for a simple sprain of the right ankle.

- One third of matches played -

But on December 5, examinations detect a "microfracture" in the malleolus which prevents him from playing again for three months, until February 2020. And eight days after his return to competition, against Celta Vigo in La Liga, on the 16th February, the N.7 collapses again: in Levante, Hazard is the victim of a "fissure of the right distal fibula", a relapse of his injury at the end of November, which will take him away from the field until June 2020, in full containment.

Hazard had only missed 21 games through injury during his 7 seasons at Chelsea.

Since arriving in the Spanish capital in July 2019, barely two years ago, he has already missed almost triple: 58 matches missed due to injuries or the coronavirus.

The concern is that during his absence, a young Brazilian talent hatched in "his" left lane, in the same position as him: at 20, Vinicius made the headlines in early April, scoring a double in the quarterfinals. C1 final first leg against Liverpool (3-1).

Against Chelsea, and by the end of the season, the challenge is immense for Hazard: to prove his dominance on the left wing of Real alongside Karim Benzema, and to ensure that his health remains in good shape ... a month and a half away from the Euro.