In the video, Betis's complex hinders Real Madrid, and Simeone says that Atletico are the first favorites for the LaLiga title

Real Madrid continued to bleed points and fell into a goalless draw at home against Real Betis on Saturday in the 32nd round of the Spanish Football League. 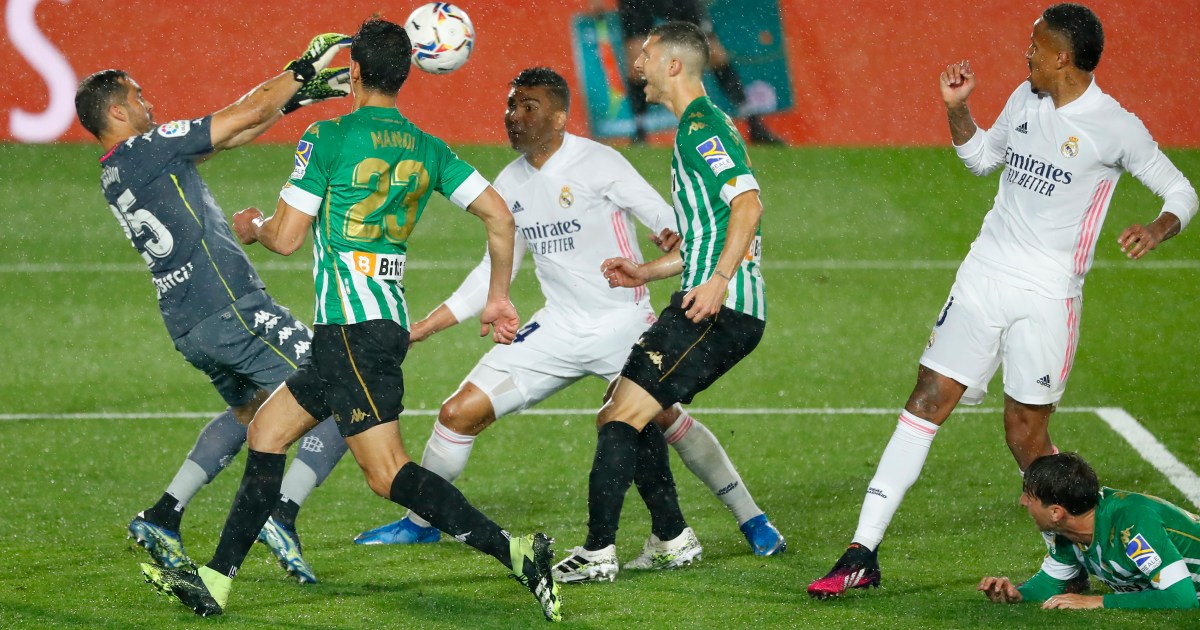 Real Madrid continued to bleed points and fell into a goalless draw at home against Real Betis on Saturday in the 32nd round of the Spanish Football League.

Real Madrid raised its score by one point, to become 71 points in second place, two points behind leaders Atlético Madrid and 3 points in front of third-placed Barcelona.

And the opportunity became available to Atletico Madrid to strengthen its position in the lead and take another step towards grabbing the title, by winning its scheduled match against Athletic Bilbao on Sunday, and Barcelona looks forward to using the opportunity through its match tomorrow against Villarreal to equal the balance of the royal.

KB9 with the footwork.

Real Madrid maintained their unbeaten record for the 17th consecutive match in all competitions, and the draw was the fifth in a row for Real Betis in the league.

On the other hand, Diego Simeone, coach of leaders Atletico Madrid, confirmed, before his match with Athletic Bilbao, that his team is the first favorite for the League title and said, "We are focusing on one match after the other, and what we are currently concerned about is the match against Bilbao. We focus only on this match."

Atletico plays 3 strong matches, with Bilbao, Elche, and finally Barcelona, ​​rivals for the title at Camp Nou, and the result of this confrontation may play a prominent role in determining the LaLiga champion this season.