Four astronauts arrived at the ISS with the “Crew Dragon”

Until spring 2020, SpaceX only transported cargo to the International Space Station, then astronauts as well. For the first time, a European is among the newcomers. It will be temporarily tight on the ISS. 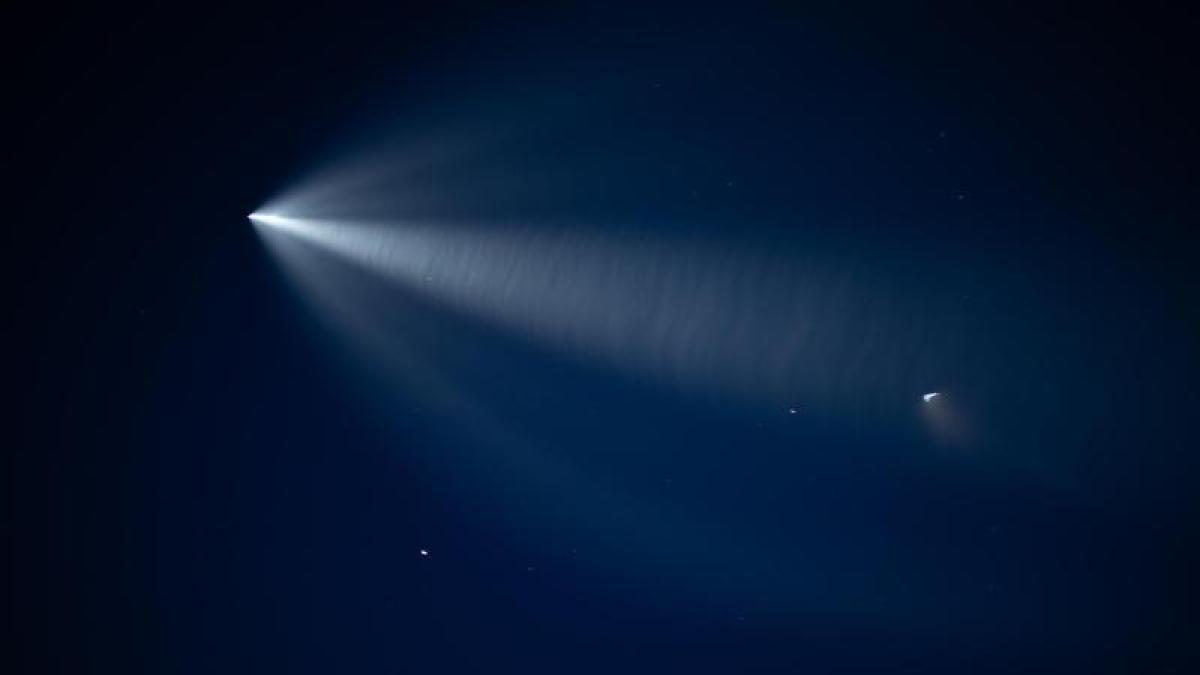 Cape Canaveral (AP) - Three men and a woman have arrived at the international space station ISS with a "Crew Dragon" from the private space company SpaceX.

The four astronauts had docked on the ISS, announced SpaceX and the US space agency Nasa on Saturday.

They were launched on Friday with the help of a Falcon 9 launcher from the Cape Canaveral spaceport in the US state of Florida.

SpaceX has now brought ten astronauts to the ISS in around a year after the company had previously only transported cargo.

“We are thrilled to be a part of the advancement in manned spaceflight and look forward to going beyond Earth orbit to the Moon and Mars and helping one day become a space-traveling civilization on multiple planets make, »said SpaceX founder Elon Musk.

The acting NASA boss Steve Jurczyk spoke of an "important milestone" and an "incredible year for NASA".

The "Crew-2", which is to remain on the ISS for around six months until the end of October, consists of the two US astronauts Shane Kimbrough and Megan McArthur as well as their Japanese colleague Akihiko Hoshide and the French Thomas Pesquet. Pesquet is the first astronaut from the European space agency Esa to fly to the ISS on board a “Crew Dragon”. With the astronauts, the “Crew Dragon” also transported around 110 kilograms of supplies and materials for scientific experiments.

This is the second crew to be promoted from SpaceX to the ISS. The first - US astronauts Michael Hopkins, Victor Glover and Shannon Walker, as well as their Japanese colleague Soichi Noguchi - docked at the ISS in November. They are scheduled to return to Earth in late April. Until then, things will be tight on the ISS: In addition to “Crew-1”, cosmonauts Oleg Nowizki and Pyotr Dubrow and NASA astronaut Mark Vande Hei have also been on board the space station since the beginning of April.

“Crew-1” was the first to fly regularly to the ISS in the “Crew Dragon” after a manned test flight to the ISS last spring was successful.

After a break of almost nine years, the test was the first time that astronauts have returned to orbit from American soil - and the first time ever that they have been carried by a private space company.

SpaceX undertook the third manned flight to the ISS for the first time with a "Crew Dragon" capsule and rocket stage that had previously been used.

In addition, the rocket stage landed safely on earth and is to be used again to save costs.