The FSB of Russia has identified a cell of the terrorist organization Hizb ut-Tahrir * in the Novosibirsk and Kemerovo regions. The members of the cell spread terrorist ideology among the inhabitants of the regions, and also recruited local Muslims into their ranks. During the searches, they found the organization's propaganda materials, communication facilities and electronic media that they used for terrorist activities. 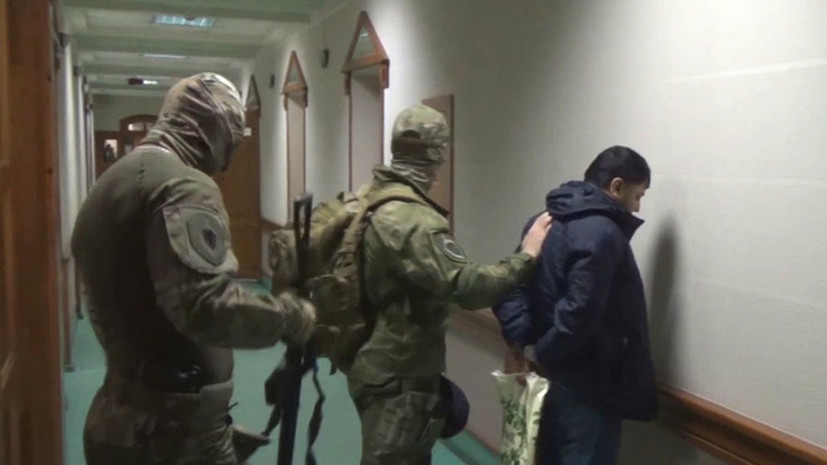 The Russian Federal Security Service has identified a cell of the terrorist organization Hizb ut-Tahrir * in the Novosibirsk and Kemerovo regions.

This was reported in a statement issued by the Public Relations Center of the department.

FSB officers stopped the activities of the cell together with the Federal Service of the National Guard of the Russian Federation.

"The carried out operational-search measures established that the members of the cell carried out anti-constitutional activities based on the doctrine of the creation of the so-called" world caliphate ", destruction of the institutions of a secular society and aimed at violent overthrow of the current government," the department said.

The service clarified that the members of the cell, using conspiracy measures, spread terrorist ideology among the residents of the region, and also recruited local Muslims into their ranks.

In the houses of the detainees, propaganda materials of the organization, communication means and electronic media used by them to carry out terrorist activities were found.

“The investigative divisions of the security agencies have initiated criminal cases.

In January, the agency reported on the suppression of the activities of Hizb ut-Tahrir in the Kaluga region.

In addition, in December 2020, the special services detained supporters of a terrorist organization in the Krasnoyarsk Territory.

"Imbued with the ideas of radical Islam, one of the members of the group intended to go abroad to participate in armed clashes on the side of the militants," the ministry said.

The extremist was detained at the Krasnoyarsk international airport.

In November 2020, a terrorist cell from Hizb ut-Tahrir was destroyed in Kazan, and five Islamists were detained for propaganda and recruitment.

The FSB then reported that the activities of the suspects were aimed at violent overthrow of the current government.

In addition, in February 2021, the Federal Security Service detained members of Hizb ut-Tahrir in ten regions of the country.

The special operation was carried out jointly with units of the Federal Service of the National Guard Troops and the Ministry of Internal Affairs of Russia, the members of the organization were detained in the Crimea, Moscow, St. Petersburg, Primorsky and Krasnodar Territories, as well as in the republics of Bashkortostan, Dagestan, in the Oryol, Kaluga and Ivanovo regions.

"As a result of the conducted operational-search measures, it was established that the members of the structure, including through the Internet, disseminated militant Islamist terrorist ideology among the residents of the Russian Federation, combined with intolerance towards other religions, and also recruited Russian Muslims into the ranks of an international terrorist organization," - reported to the FSB.

On March 4, 2021, the department announced the prevention of a terrorist attack at an energy facility in the Kaliningrad region.

FSB officers detained a man who was planning to carry out an attack “out of hatred of the current government,” and also recruited local residents to participate in terrorist activities.

An improvised explosive device and components for synthesizing explosives were seized from him.

Meanwhile, in February, the service reported the arrest of 19 supporters of the At-Takfir wal-Hijra ** organization who were planning terrorist attacks in the North Caucasus.

The radicals were detained on the territory of the Karachay-Cherkess Republic, Crimea, Krasnodar Territory and Rostov Region.

In addition to the planned attacks, the militants attempted to recruit local residents.

During the searches, a suicide belt with striking elements, an RPK machine gun, an AKM machine gun, cartridges and improvised explosive devices with a total mass of more than 3 kg in TNT equivalent were seized from them.

Prior to this, the security forces stopped the activities of a group of Russians who were collecting funding to support the Islamic State *** in Crimea and Tatarstan.

A group of people who shared the ideas of terrorists, in the period from 2015 to 2019, under the guise of charity, collected money via the Internet, which they sent abroad to support the militants.

Criminal cases were initiated against the detainees under the article on assisting in terrorist activities.

** "At-Takfir wal-Hijra" is a religious association recognized as extremist and banned on the territory of Russia (decision of the Supreme Court of the Russian Federation of 15.09.2010).

** * "Islamic State" (IS) - the organization was recognized as terrorist by the decision of the Supreme Court of the Russian Federation of December 29, 2014.