Russia's Permanent Representative to the OPCW, Alexander Shulgin, called the adoption of a resolution to suspend the rights of Syria a "black day" in the history of the organization. The diplomat noted that sooner or later "the truth about the events in Syria will come out." 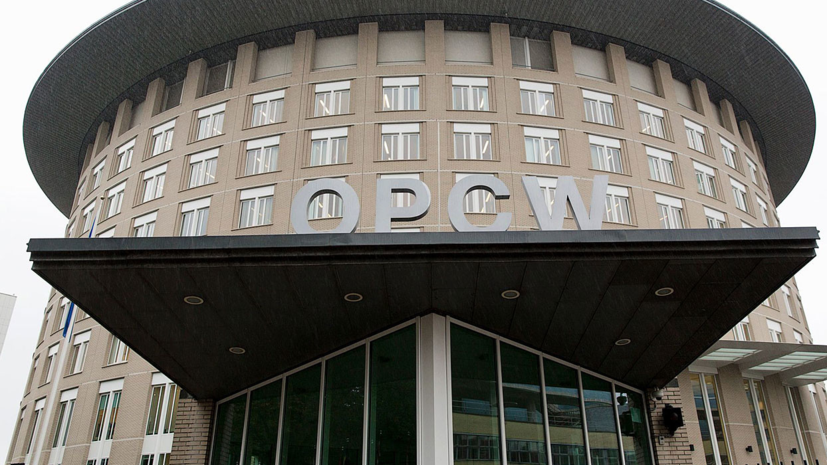 “Today is a rainy day in the history of the OPCW.

It is very unfortunate that the organization has evolved from a technical body to a political instrument that holds a tribunal for the participating State.

This time over Syria, ”Shulgin said at the Conference of the States Parties.

As the diplomat noted, history "will somehow put everything in its place."

"And then, for what happened today within the walls of the OPCW, it will be a shame not only to us and the countries that voted against this decision, but also to many of those who supported it," he added.

On April 21, the Organization for the Prohibition of Chemical Weapons adopted a draft resolution to suspend the rights and privileges of Syria in the organization.

The document was submitted for consideration by France due to the alleged violation by Damascus of the Convention on the Prohibition of Chemical Weapons.

As Shulgin noted, some Western countries exert "enormous pressure on the technical secretariat" of the OPCW: "first of all, it is the United States and its allies."