In his speech to the nation, Vladimir Putin presents the image of a country in which his state apparatus is responsible for everything. He opens the parliamentary election campaign and promises gifts of money. But what is most interesting is all that he does not mention. 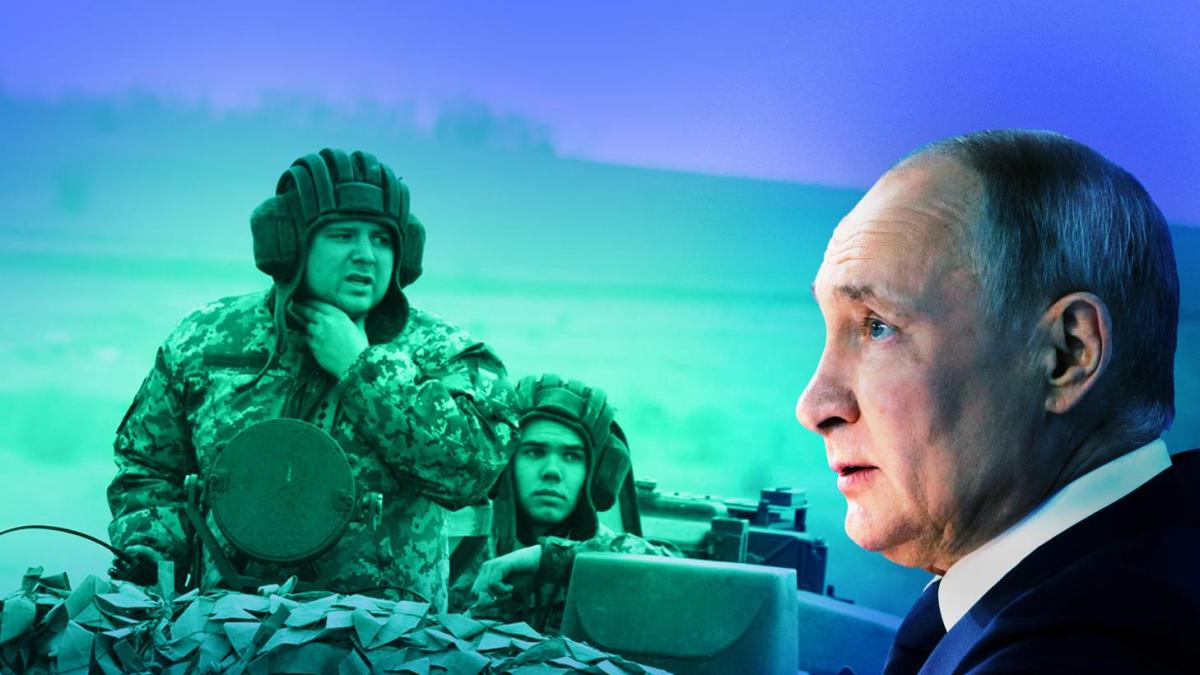 The “Manege” exhibition hall, right outside the gates of the Kremlin, had been cordoned off across a large area.

Russian President Vladimir Putin gathered his ministers, members of the lower and upper houses of the State Duma and various dignitaries from religion, art and culture loyal to the Kremlin there on Wednesday.

With his speech to the nation, Putin unofficially opened the Duma election campaign.

As usual, from midday Moscow time onwards, the Kremlin chief unrolled his program, which this year revolved around domestic politics.

In view of the Duma elections in September, the Russians should feel cared for again, as the Kremlin United Russia party is more unpopular than it has been in a long time.

A mere 27 percent of Russians would vote for them.

So a little praise for the heroes of the pandemic and the promise of new monetary gifts were needed.

The “citizens, society, the state” had acted “responsibly and with solidarity”.

However, Putin did not say a word about Russia's pandemic deaths and record excess mortality last year.

Putin called on the Russians to get vaccinated, but did not comment on the fact that in almost five months just seven percent of the population had been vaccinated. Putin talked about new and old social benefits for families because "many Russians have a hard time", such as the 100 euro one-off payment for every student or school starter, payable on time before school starts and the Duma election. The economic stagnation Russia has been in for years was not worth mentioning.

In Putin's speech, the bulk of the unsaid outweighed the said.

One example was the restructuring of federal loans for the Russian regions, which were applauded by the dignitaries present, which have struggled for years to implement Putin's costly instructions.

What the president did not mention: it was himself who overruled federalism and the fiscal autonomy of the Russian regions in twenty years in power.

In his speech, Putin presents a parallel world with himself at the center.

This overlaps in some places with the world of ordinary Russians: When it comes to social benefits and ever new election promises, the speech is nothing more than the election manifesto of the Kremlin party United Russia.

Sure, the Russians want more infrastructure development in the province, and nobody has anything against the new schools that Putin promised.

But Putin simply ignores the critical part of the Russian public.

For him, every critic is an unsatisfactory agent of the West.

Like Alexei Navalny, who put the Putin's state in jail after several internationally criticized judgments, not to mention the alleged poisoning attempt by the Russian secret service FSB.

As expected, Putin did not say a word about Navalny in his speech.

Anyone who advocates freedom and responsibility in politics - and a change at the top - is not immediately in mortal danger like Navalny, who has been on hunger strike for three weeks and whose doctors are trying in vain to examine him in the penal colony.

But it is becoming increasingly dangerous for the critics.

On Wednesday, Nawalny's colleagues called for solidarity demonstrations across the country.

While Putin was speaking, the first arrests of activists and demonstrators were made.

In the late afternoon the number of those arrested reached more than 100 nationwide, among them was the Navalny press spokeswoman Kira Jarmysch.

The foreign policy part of the Putin monologue finally circumnavigated the biggest topic of the past few weeks.

Putin simply said nothing about the deployment of Russian troops on the Ukrainian border, which, according to EU foreign affairs representative Josep Borrell, should now comprise up to 150,000 men.

Instead, he left it at criticism of the West, albeit without rhetorically targeting individual countries.

According to Putin, the purpose of Russian foreign policy is "to ensure the peace and security of its citizens, as well as the stable development of the country".

Russia defends its own interests “within the framework of international law”.

Putin accused the West of moving from “politically motivated, illegal sanctions” to something “much more dangerous”.

The Kremlin chief expressed his solidarity with the Belarusian autocrat Alexander Lukashenko, against whom a coup was allegedly planned.

The “collective West” was silent about this.

But they want to have good relationships with all “international interlocutors”, they don't want to “burn down bridges”.

However, Putin said that anyone who interprets Russia's goodwill as weakness should know that the answer would be “asymmetrical, quick and tough”.

Anyone who organizes “provocations” against “core interests of the security of Russia” will “regret” it.

Russia will determine for itself where the “red line” lies in each specific case.

Putin's message to parliament was short this year at an hour and a half. At the end of his speech, the national anthem rang out, the cameras of the state broadcasters zoomed in on Putin's face. The president looked like a tired man who has to go on anyway. The question is how long the Russians will take his parallel world from him.