The rescue service in Kristianstad stops washing the firefighters' protective clothing with detergent. Instead, you will first be in Sweden with a new method where you use "ultra-pure deionized" water. The method has previously been criticized by researchers who believe that there is no scientific evidence that it works. 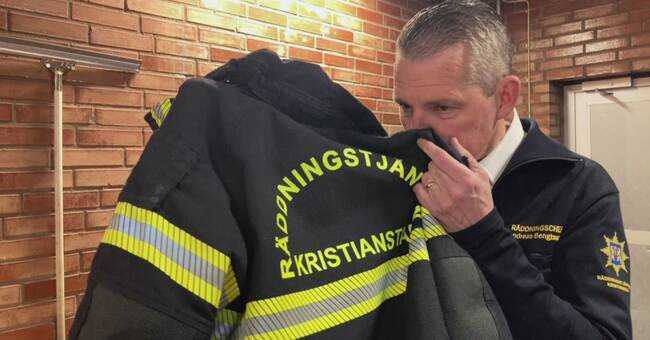 The job as a firefighter means an increased risk of suffering from certain serious illnesses.

One of the reasons is the hazardous and carcinogenic substances from the fire smoke that get stuck on the protective clothing.

Now the rescue service in Kristianstad, together with the company Swatab, has developed a method that replaces ordinary washing and cleaning chemicals.

- The deionized water binds the smoke particles so that they follow into the rinsing water, says Andreas Bengtsson, rescue chief Kristianstad.

The method is questioned by researchers

The method with deionized water has been tested in several places before and has then been questioned by researchers, who believe that the washing method is not more effective than ordinary washing programs.

When chemistry professor Ulf Ellervik hears that the rescue service in Kristianstad has also invested in the idea, he says that there are no chemical properties of deionized water that differ from ordinary water.

- It is probably more a question of how many times you rinse.

If you rinse the firefighter's clothes often enough, they will probably be clean, says Ulf Ellervik, professor of chemistry at Lund University.

The introduction of the new washing method has cost Kristianstad's rescue service SEK 200,000. But according to Andreas Bengtsson, it will pay off in the future, as it partly uses less water but above all skips the cost of detergent. The detergent costs the rescue service SEK 35,000 per year.