Vox insists on his speech against immigrants and the Government reproaches him for his policy of "hatred, disgusting, shameful, sexist, xenophobic and inhuman"

Control session to the Government without number one. Pedro Sánchez has not attended the Hemicycle today. The president participates in Andorra in the Ibero-American Summit and the leader of the ... 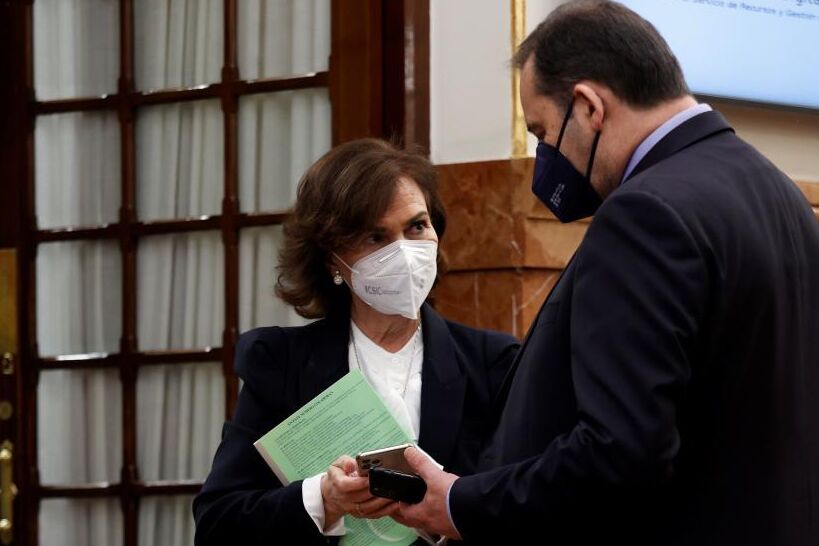 Control session to the Government without number one. Pedro Sánchez has not attended the Hemicycle today. The president participates in Andorra in the Ibero-American Summit and the leader of the opposition, orphaned of an opponent, has attended the parliamentary session from his seat, silently. Less decibels in the absence of the usual clash between the two.

The session was starred on this occasion by the Vox spokesperson, Iván Espinosa de los Monteros, faced with two vice presidents of the Government, the first and the second, Carmen Calvo and Nadia Calviño. The former has confronted both, influencing the strong message of the campaign of his candidate for the Madrid elections, Rocío Monasterio, who covers the Metro stations with posters reproaching the alleged expenditure made on the reception and maintenance of unaccompanied immigrant minors. compared to the minimum pensions that many widows receive.

The intervention of the deputy of Vox has been replicated by Calvo who has accused him of reeling off a "shameful" and "inhuman" speech that sows "hatred".

Even more forceful has been Calviño who has dispatched the intervention of Espinosa de los Monteros with the qualifications of "disgusting, macho and xenophobic."

The first vice president has also confronted the PP parliamentary spokesperson, Cuca Gamarra, who has urged her to explain why the Executive despises and bypasses the Council of State by hiding the report on the European Funds with the supposed intention of covering up the arbitrary management of the money;

avoiding their opinions regarding the reform now definitively failed to renew the CGPJ or avoiding them in the regulations approved under the first state of alarm.

Calvo has denied the major claim, ensuring that the supreme advisory body of the Government is not being ignored, a statement that in Gamarra's opinion denotes little humility.

The first vice president in any case has rejected the accusations of the popular deputy, emphasizing that the decisions of the Executive are above those of any other state body because its power emanates from the ballot box.

Vox, has taken advantage of the absence of Pedro Sánchez and Casado's silence, to take center stage in his clash with the Executive.

Thus, his deputy Ignacio Gil Lázaro has ordered the Minister of the Interior to explain the measures he intends to adopt to avoid violence against Vox in electoral events "applauded", he said, by government ministers and leaders of United We Can and "endorsed" even by the president.

Grande Marlaska has replied with the arrests that occurred days later and added that for the Madrid elections, a deployment of 7,700 police and civil guards has already been planned to guarantee the normal development of the electoral day.

None of this has convinced Voz that it has accused the Executive of acting as a "gang member and mafia" group.

The Interior Minister then warned Vox that it will face the force of a democratic government if it sows "hatred and pointing."

"We are going to keep an eye out for fascists like you."