Rapid test in Hamburg: authorities no longer use tests for chemicals

Hamburg ordered more than two million rapid tests from a Korean provider, especially for use in schools. According to WELT research, these contain a toxic chemical and are used without protective measures. Now the city is pulling the emergency brake. 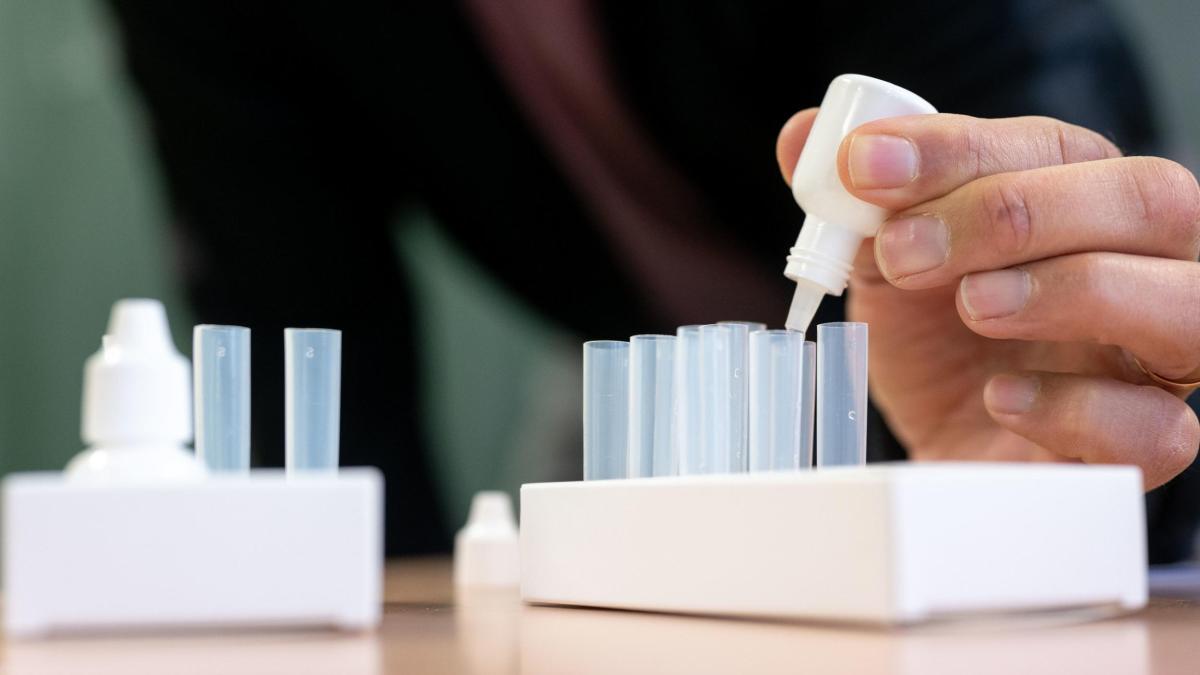 According to a WELT request, the city of Hamburg will not use any test kits from the Korean brand SD Biosensor (Sars-CoV-2Rapid Antigen Test) in the current form in schools.

The liquid in these tests, of which around 2,089,000 test kits were purchased, contains the chemical octylphenol - but this substance is classified as a Substance of Very High Concern (SVHC) in the European Union and is considered to be extremely toxic.

The school authority defends the previous application, but school authority spokesman Peter Albrecht also says: "With the coming deliveries, a test kit will be used that also excludes this minimal risk."

Two million tests from the provider

As of the beginning of April, the city of Hamburg has acquired six million rapid tests for lay people that are used in the authorities, schools and daycare centers, costing 9,896,040 euros gross.

Almost two million test kits come from the Korean supplier SD Biosensor, the tests are sold by Roche and used in schools in Hamburg.

Students use these tests on their own under the supervision of teachers.

The European Chemicals Agency of the EU explains the contained agent octylphenol: The substance is "very toxic" and could "cause serious eye injuries" and "skin irritations". The instruction leaflet therefore states under Prevention P280 for implementation: "Gloves / eye protection / protective goggles" are to be worn. The "P" stands for "Precautionary Statements", so it is a security requirement of the EU. But children in Hamburg's schools use these tests without any protective measures, the parent representatives WELT reported. Preschoolers should also use this test.

Why are schoolchildren allowed to handle the liquid unprotected?

Why is the school board using a test that contains such a potentially dangerous chemical?

Confronted several times with the concerns, the school authorities declared: "According to the health authorities, no alternative self-tests were available in sufficient quantities at the time of the order, so that rapid tests were used and these were converted into rapid self-tests by replacing the stick."

"Only when using third parties"

However, the safety instructions would only relate to professional nasal swabs by third parties.

"If third parties carry out tests (and only then), appropriate protective clothing must be worn." This serves to protect third parties from infections through contact with test materials.

Now the volte: Since the tests are not carried out by third parties, but only used as self-tests, this step is omitted.

When self-testing children, “nobody who tests themselves has to wear protective goggles or the like.” It remains unclear: Why do professionally trained third parties who test someone have to take protective measures - but if in doubt, inexperienced children do not have to take self-testing?

No injuries so far

In response to a request from WELT, the provider Roche explains that the chemical in question is part of the buffer solution, which in turn is supplied closed in a prefabricated and closed tube.

The swab does not contain these.

Therefore, direct contact with the nasal mucosa is excluded.

"If the test is used properly in accordance with the instructions for use, the user has no contact with the buffer solution at any time," explained a spokesman.

"Therefore, the preventive measures listed under P280 are not absolutely necessary if the test is used properly and strictly in accordance with the instructions for use." However, it is only recommended to use it under adult supervision.

So far, according to WELT information, no injuries have occurred in lessons with the tests.

In some schools it is no longer used

However, there are other self-tests for laypersons that do not contain this material.

Why weren't they ordered instead?

The school board stated that “no alternative self-tests were available in sufficient quantities” at the time.

Spokesman Peter Albrecht also emphasized: "As a rule, the user does not come into contact with the test liquid and the liquid is certainly not drunk." Nevertheless, the city now decides to change direction.

At some of the schools affected, such as the Rissen district school (StS Rissen), the test is no longer used after the WELT request.