Little known to the general public, the young General Mahamat Idriss Déby, who regularly appeared alongside his father Idriss Déby Itno, whose close security he coordinated at the slightest displacement ... 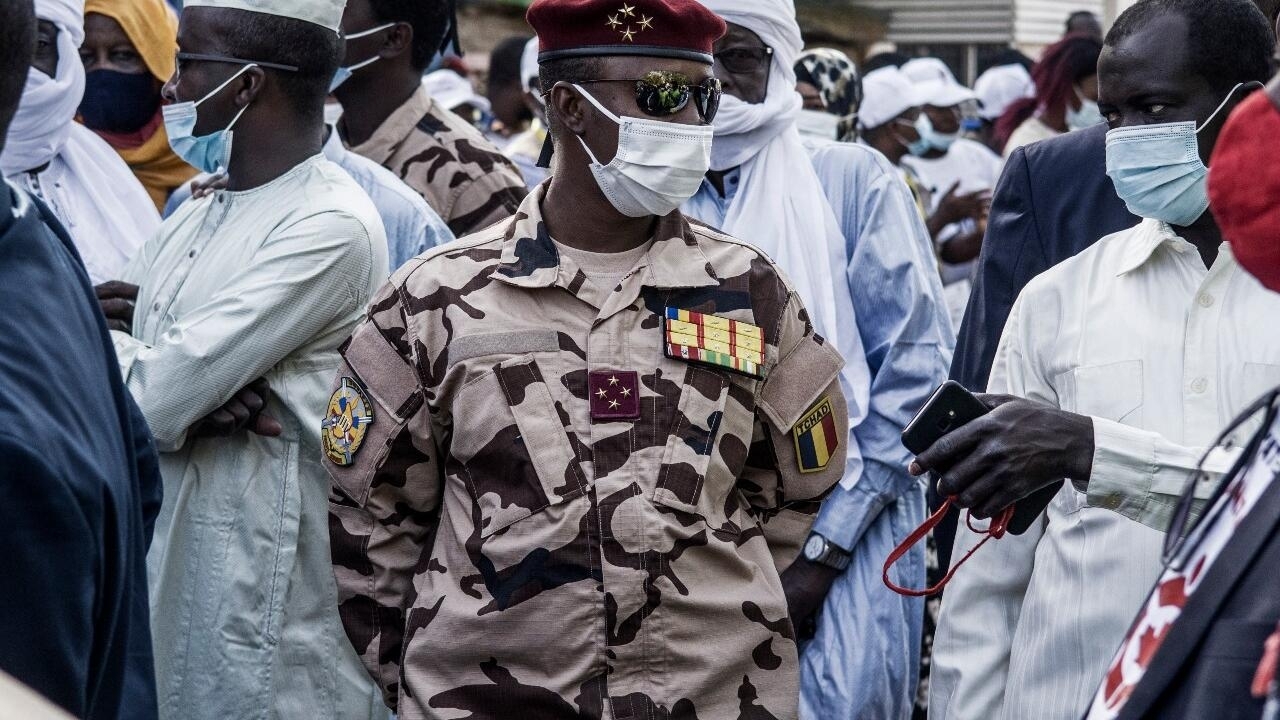 The death of President Idriss Déby Itno, which occurred on April 20 after being killed in fighting against rebels, opens a period of uncertainty.

But it seems that General Mahamat Idriss Déby, 37, one of the sons of the late Chadian president, has already taken matters into his own hands.

The latter appointed on Tuesday the 15 generals making up the Transitional Military Council (CMT) he heads for a period of 18 months before the elections he promised, according to a decree he signed.

"The decree n ° 1 of the president of the Military Council of Transition, Mahamat Idriss Déby, designates the 15 members of the CMT", we read in this decree of which AFP has obtained a copy, and signed by the son of the late Idriss Déby Itno.

There followed, in addition to his own, the names of 14 generals known to be in the circle of the most faithful of the head of state who died of his wounds the day before.

>> To read: After the death of President Déby, Chad and the Sahel in uncertainty

Some members of the Transitional Military Council are relatives of the late president and five are members of his Zaghawa tribe, which has taken over all the machinery of the state and the army since Mr. Déby took power by force. in 1990.

The "guardians of the temple"

No appointment is a surprise: it is therefore the "guardians of the temple" Déby who are in command behind his young son, himself commander-in-chief of the formidable Presidential Guard, the elite unit and praetorian guard of the diet for 30 years.

In the aftermath of the death of the one who had ruled Chad with an iron fist for 30 years, this four-star general at only 37 appears de facto as the new strongman of the country, creating surprise because the experts explained until then that the old head of state had not chosen a dolphin and cared little about his succession.

The young general Mahamat Idriss Déby regularly appeared alongside his father Idriss Déby Itno, whose close security he coordinated at the slightest displacement, dark glasses hiding eyes as little known to the general public as his past or his personality.

"No hope of opening up the Chadian democratic space"

General Taher Erda Tairo, one of the ex-president's closest confidants, is the current director general of powerful military intelligence.

Abakar Abdelkerim Daoud is the Chief of the General Staff of the Armies.

Ahmat Youssouf Mahamat Itno is the former police chief, Djimadoum Tiraina was Minister of Defense attached to the presidency until then.

For Vincent Hugeux, journalist specializing in Africa, there is "nothing surprising" in this succession: "Mahamat Idriss is a key figure in the Chadian security apparatus. […] Initially there is no will have nothing spectacular, […] no hope in the short or medium term of an opening of the Chadian democratic space, "he said on France 24.

A "courageous friend" of France

France, which announced that it had lost "a courageous friend" in a statement from the Elysee Palace, also underlined the importance of a "peaceful transition" and its "firm attachment to the stability and territorial integrity" of Chad.

The head of French diplomacy Jean-Yves Le Drian for his part called for a military transition of "limited duration" which will lead to a "civil and inclusive government".

French Minister of the Armed Forces Florence Parly, for her part, affirmed that France "is losing an essential ally in the fight against terrorism in the Sahel".

Faced with this situation, "it is difficult to see how France would let the country sink into chaos and would not support Idriss Déby's successor as she did with the father," continues Vincent Hugeux on France 24.

The national funeral of Idriss Déby Itno, who died Monday according to the presidency, will take place on Friday in N'Djamena.