In Paris, several dozen Chadians, young people and opponents in exile, gathered in the afternoon of Tuesday near the Chadian embassy, ​​in the 16th arrondissement, under the… 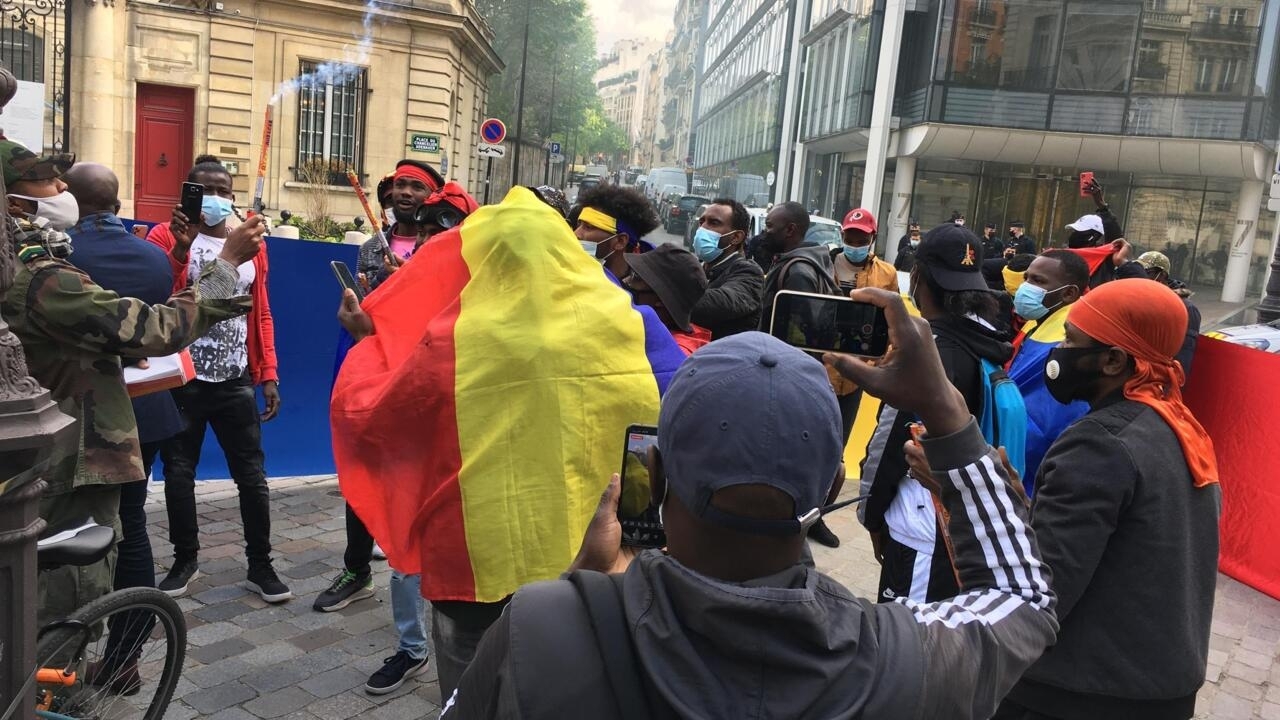 On the news of Idriss Déby's death, some young Chadians from the diaspora gathered near the Chadian embassy in Paris.

In Paris, several dozen Chadians, young people and opponents in exile, gathered in the afternoon of Tuesday near the Chadian embassy, ​​in the 16th arrondissement, under the supervision of a large force. police who prevented them from approaching the building.

With our special correspondent on site,

The heavy wooden door of the embassy is firmly closed, the police officers deployed, a few activists arrive, then a group of young people: flag, firecrackers, smoke bombs ... Most of them only knew Idriss Déby as President of Chad.

This Tuesday, they oscillate between the hope of a new page for Chad after

the death of Idriss Déby

, and the fear of a conflagration of the situation, mainly due to the takeover of the military, which they qualify as anti-constitutional.

We have an institution, we have a civil society, we have political parties, it is time for partners from Chad like France to reflect and work with them. civil society rather than favoring a soldier or a son of Déby for a succession.

The role of the international community, of France in particular, is underlined. In exile in Paris since 2013, blogger Makaila Nguebla hopes for a new approach. “

Paris must reconsider its entire approach, all its analyzes and rely on other men capable of providing it with the necessary assistance. We cannot dissociate French policy from this situation and we sincerely hope that France will listen to us.

France is facing its responsibilities for these members of the diaspora.

But Abakar Moussa, activist of the Transformers party in Paris, underlines that it is above all the Chadians who must fight for democracy: “

We were wait-and-see and spectators, we did not take our destiny in hand, which is why we failed to establish this true democracy.

So it's up to Chadians to realize that it's not over yet.

For me, it all starts now.

The activists present nevertheless recognize that the stranglehold of the military places civil society in a difficult position.

Death of Idriss Déby: France loses an essential partner in the Sahel