In Ndjamena, a leaden atmosphere reigned this Wednesday, April 21, the day after the announcement of the death of Idriss Deby Itno, the president in office since 1990. The city is deserted and the inhabitants osci… 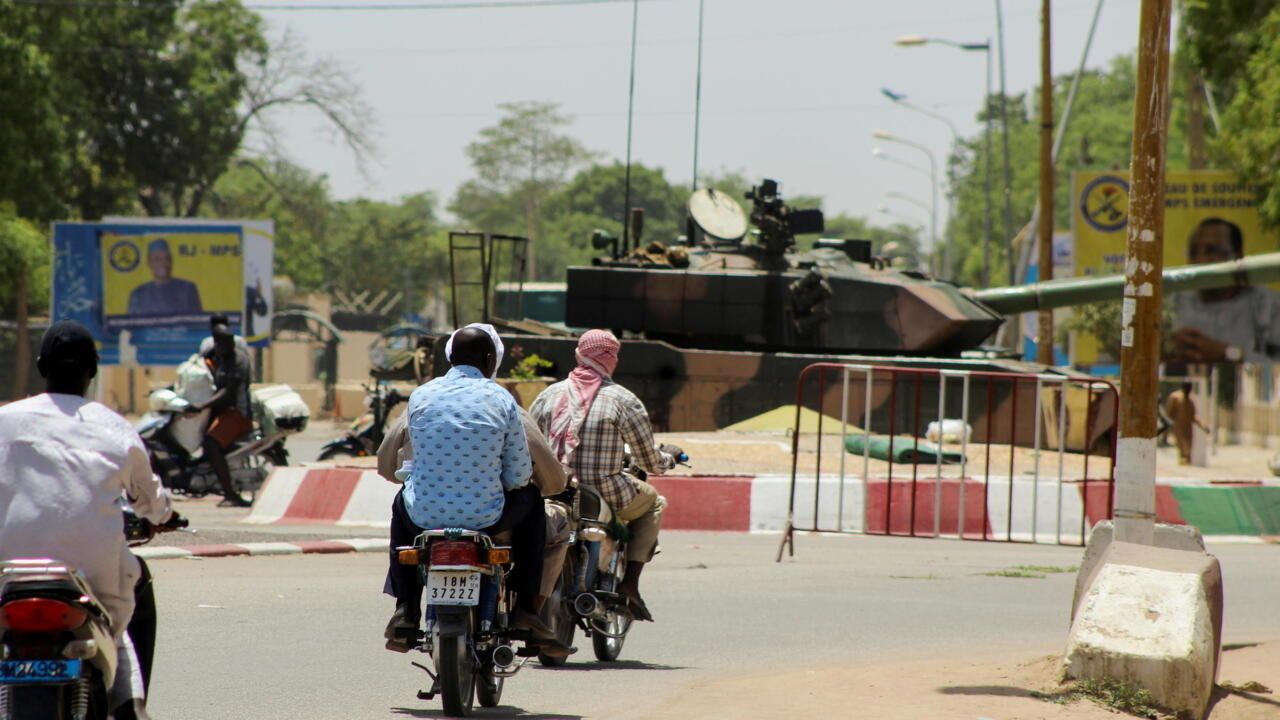 In Ndjamena, the tanks are deployed near the presidential palace of Chad on April 20, 2021. REUTERS - STRINGER

In Ndjamena, a leaden atmosphere reigned on Wednesday, April 21, the day after the announcement of the death of Idriss Deby Itno, the president in office since 1990. The city is deserted and the inhabitants oscillate between sadness and worry.

With our correspondents in Ndjamena

The capital woke up this Wednesday at dawn by the call of the muezzins to prayer, but it was necessary to wait 5 hours, as indicated by the order of the military council, to be able to leave.

The city was calm, a few brave people were trying to go about their business, but the streets were rather deserted.

The traffic was fluid while in normal times at this time traffic jams are legion in Ndjamena.

Since Tuesday, the population has been in shock at the news.

This is the case of this mechanic who did not do a single repair all day Tuesday.

The country is going through a historic moment, he says, and customers have become scarce: “

Everything is closed, there is nobody, the streets are really quiet.

Some people have left town.

Getting to safety is Malika's choice.

This fruit seller preferred to stay at home: "

Be careful, I prefer to wait and see if things are calm, and if there is nothing, then I will start going out again and go about my business."

Khamis, in his sixties, white scarf on his head, is already thinking about the future.

He is not convinced by the military transition: "

We are afraid, are the soldiers going to accept having to stay just 18 months?

It's not easy, we don't know the future.

And it's not just the locals who are worried. On the side of civil society, it is difficult to remain optimistic for the future. Jacqueline Moudeïna, former president of the Chadian Association for the Promotion and Defense of Human Rights, fears that the situation is deteriorating: "

We are creating a conflagration because on the one hand you have factions which are taking up positions. and who are marching on Ndjamena and on the other side,

the establishment of this council

. So we fear a conflagration, which is why we are calling on the entire international community for help to support the Chadian population.

A concern shared by Dobian Assingar, Honorary President of the Chadian League for Human Rights: "

The rebellion is at our doors, so we risk entering into a violence that does not speak its name, we cannot accept that, I would rather ask the international community, instead of taking part in this or that party, not to support anyone and to call for respect for the Constitution.

In the streets of the capital, Ali is enthusiastic.

For this inhabitant of Ndjamena,

, the president of the transitional military council, is the man for the job: "

I am not worried because I am sure of myself and Mahamat he will get out, he is a strong man like his father, he is the son of a warrior.

Ndjamena's daily life should remain disturbed over the next few days, notably with the national funeral scheduled for this Friday.

What has just happened in Chad calls out to us in civil society who are campaigning for a change in power.

We are worried about what may happen at the level of Central Africa, because Central Africa is much more threatened, because the Heads of State do not want to ensure alternation at the top of the State,

Chad's economic development, a major failure of the Déby years