The Super League is not for the rich, but rather to save football ... fiery statements by Real Madrid president Perez

Real Madrid president Florentino Perez said on Monday that the controversial decision to create the separatist European Super League was taken "to save football" and was driven in part by "youth's lack of interest" in the game. 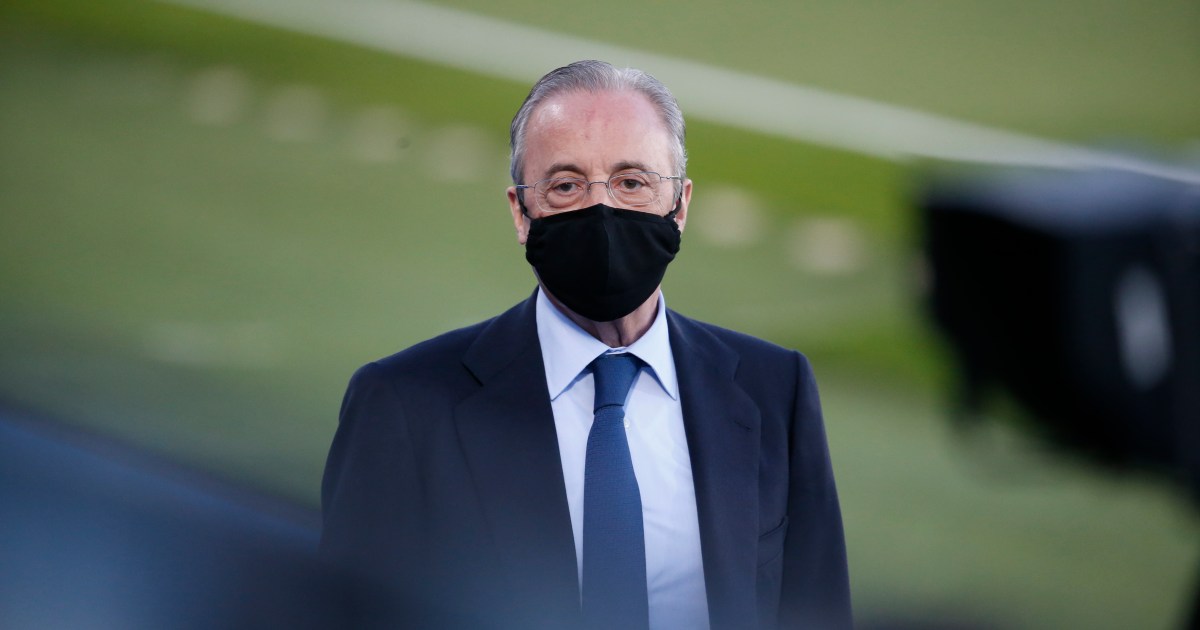 Real Madrid president Florentino Perez said - on Monday - that the controversial decision to create the separatist European Super League was taken to "save football", and was driven in part by "youth's lack of interest" in the game.

Peres spoke for the first time since 12 European clubs announced the establishment of the elite league on Sunday, and the new president of the Super League said that football needs to develop and adapt to the current times.

"Whenever there is a change, there are always people who oppose it ... and we do it to save football at this crucial moment," Perez said on the Spanish television program "El Cherengetto".

"Young people are no longer interested in football. Why? Because there are so many low-quality matches that do not interest them, and they have other platforms to distract themselves," he added.

Two other clubs from Spain have joined Real Madrid in the new league, Barcelona and Atletico Madrid.

Perez said that they have not invited Paris Saint-Germain, nor any German club, and the criteria that will be used to select additional teams have not yet been decided.

But Perez stressed that the big clubs are losing money and need a new incentive, and the new expanded European Champions League system announced by the European Football Association (UEFA) on Monday is not a solution.

"If we continue to be in the Champions League, interest will be less and less, then it will be over. The new format that starts in 2024 is ridiculous ... In 2024 we will all be dead," he said.

"We lost 5 billion (euros) together. In two seasons, Real Madrid lost 400 million," he added, speaking of the alleged losses of the major clubs.

He continued, "When you have no income other than television, you say that the solution is to present more attractive matches that fans from all over the world can watch in the presence of all the major clubs, and we came to the conclusion that if we had the Super League instead of the Champions League, we would be able to Reduce our losses. "

Perez came up with a series of new proposals during the nearly two-hour interview, proposing to reduce the length of football matches to become more attractive, and pledging to have better refereeing and a better video system in the new league.

UEFA president Alexander Ceferin, who also launched an angry attack on the new league earlier on Monday, also said that the dissident clubs would exhaust all avenues of dialogue before the start of the new league in August.

"If we reach an agreement with UEFA, we want to start in August. If not, we can wait a year," he said.

The move drew widespread condemnation in sports and society, but Perez ignored criticism and highlighted the possibility of more major matches.

"This is not a tournament for the rich, it is a league to save football," he concluded.