Super League: in full schism, European football brings together its States General Montreux (Switzerland) (AFP) Upheaval in European football: faced with the threat of the Super League, a new private competition destined to compete with the Champions League, UEFA meets on Tuesday its congress, hoping for the support of Fifa President Gianni Infantino against to the big dissident clubs. In Montreux (Switzerland), the representatives of the 55 member associations of the European 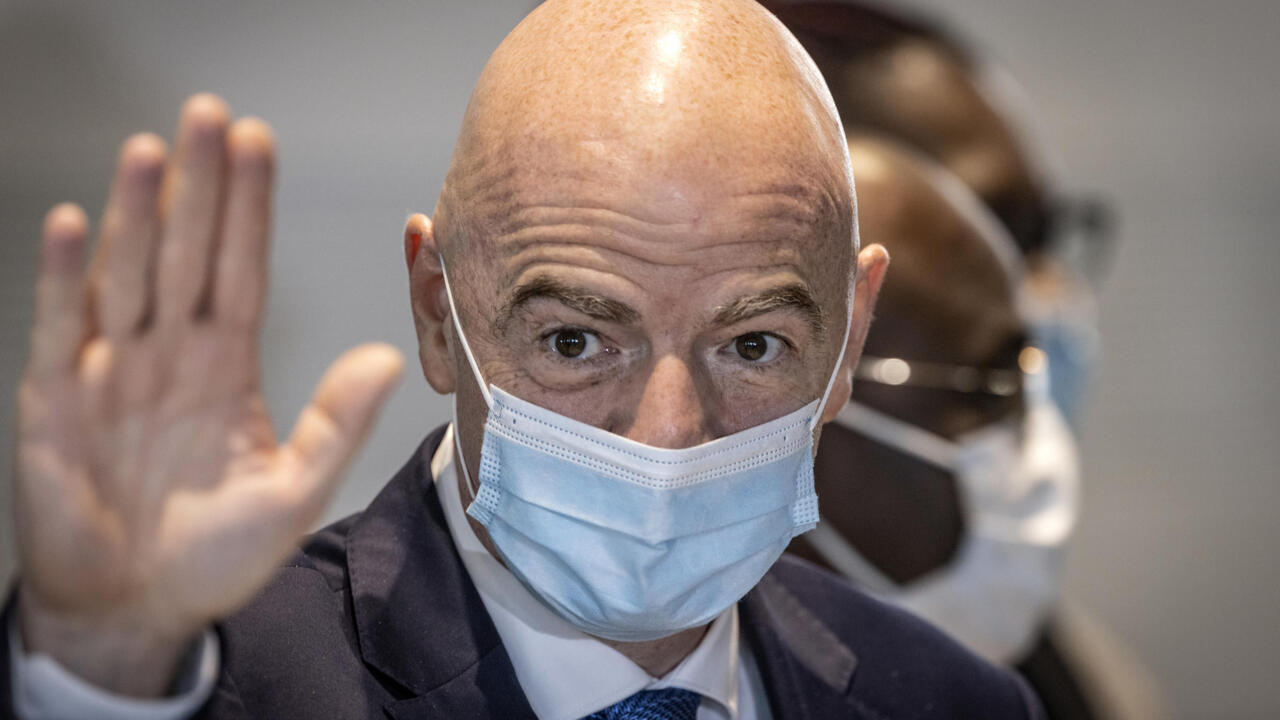 Upheaval in European football: faced with the threat of the Super League, a new private competition destined to compete with the Champions League, UEFA meets on Tuesday its congress, hoping for the support of Fifa President Gianni Infantino against to the big dissident clubs.

In Montreux (Switzerland), the representatives of the 55 member associations of the European football body will try, together, to recover from the unexpected shock they received on Monday when they learned of the split of twelve major clubs, including Liverpool, Real Madrid and Juventus Turin with a view to creating their "Super League" as quickly as possible, a lucrative event almost closed to other clubs from the Old Continent.

The uppercut will perhaps be less brutal for the organizing body of the Champions League if the boss of world football, Gianni Infantino, finally takes a firm stand against this project hated by supporters and criticized Monday by many glories of football. yesterday and today.

The leader is expected at the lectern shortly after 10 a.m., at the opening of an ordinary UEFA congress, the items on the agenda of which are completely erased in the face of the hot news.

Hostilities have been open since Monday between UEFA, its president Aleksander Ceferin, and the twelve founding clubs of the Super League, described by the Slovenian as "snakes" guided "by greed", which he now wants to ban from all national and international competition, just like their players.

Infantino, for his part, has not spoken since the start of the week, Fifa contenting itself with indicating that it could "only disapprove of a closed and dissident European League".

The founders of the Super League - six English clubs, three Spanish and three Italians - have, for their part, already warned UEFA and Fifa that they had launched preventive legal proceedings to ensure the birth of their project.

This must "compete" and "exist alongside" the Champions League in their words in a letter consulted by AFP.

For UEFA, such a competition is inconceivable: on the contrary, on Monday it adopted a reform of its C1 by 2024, which is also supposed to satisfy the financial appetite of the biggest clubs by offering more matches and a new format. of "mini-championship" during the group stage.

Can the reprisals against the slingers go further?

What will happen to the semi-finals of the Champions League, whose first leg matches at the end of April (Real-Chelsea and PSG-Manchester City) concern three of the mutinous clubs?

"These clubs must be excluded and I expect this to happen on Friday" at a new meeting of the UEFA Executive Committee, said Danish club boss Jesper Moller, a member of this body.

Even the British monarchy has mingled with the criticisms!

Prince William, honorary president of the English Football Association, said "he shares supporters' concerns about (this) project and the damage it may cause".

- Slingers in search of profit -

But that doesn't seem to bother the slingers.

By launching their competition "as soon as possible", without giving a date, the rebels claim to establish an almost closed league comparable to the North American basketball (NBA) or American football (NFL) championships.

If they have not managed to seduce the French and German clubs for the moment, the founding clubs do not despair and count on the presence of two French clubs "at least" each season, according to a source close to these teams.

"I don't think the Super League will solve the problems," said boss of European champions Bayern Munich, Karl-Heinz Rummenigge, confirming that his club were not associated with the project.

The Super League foresees a regular season between 20 clubs, then play-offs, with fifteen members of right (the 12 "founding clubs" and three others to be determined) and five other teams chosen "on their performance of the previous season".

The new competition, according to its promoters, is doomed to "generate additional resources for the whole football pyramid".

The founding clubs will receive "a one-off payment of the order of 3.5 billion euros".

US bank JPMorgan confirmed on Monday that it will fund the project, which will also include a Women's Super League.

The financial markets were not mistaken: the action of Juventus for example closed sharply on Monday (+ 17%).