The Bundesliga title race is probably finally decided. RB Leipzig fails at the penultimate Cologne. On the other hand, veteran Friedhelm Funkel celebrates his first victory since taking office. Cologne reports back in the relegation battle. 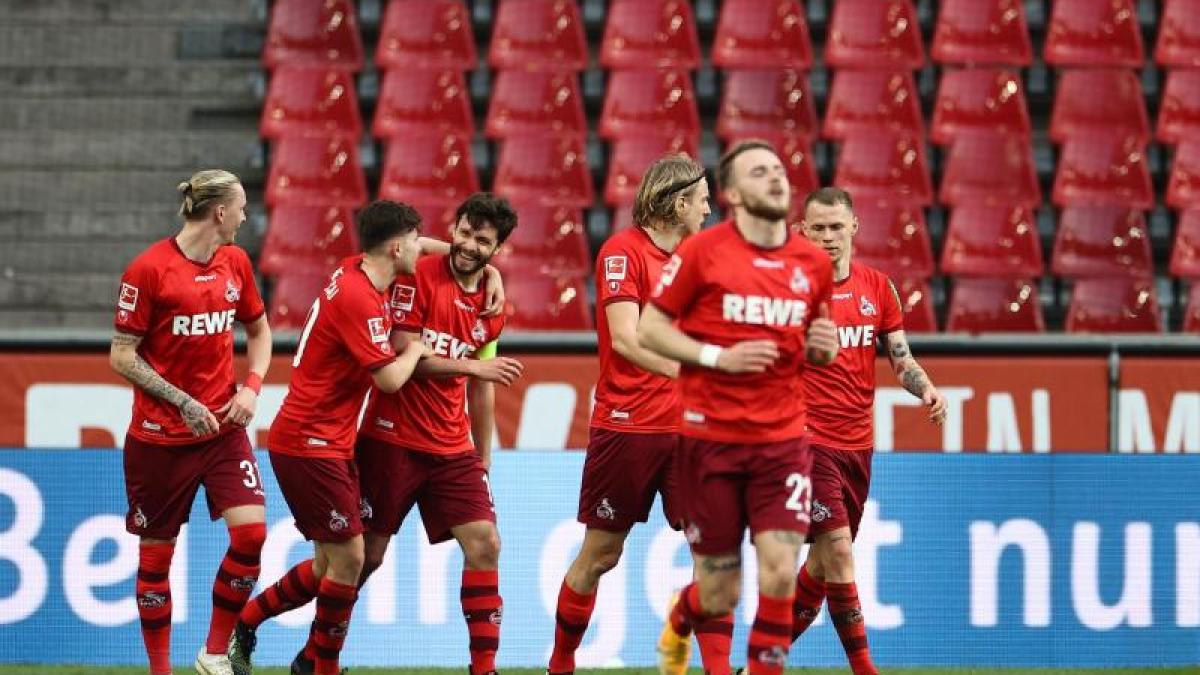 Cologne (dpa) - Thanks to Jonas Hector, Friedhelm Funkel celebrated a completely surprising and possibly vital victory on his home comeback as coach of 1. FC Köln - and probably also dispelled the last doubts about the next championship title of FC Bayern Munich.

The 67-year-old won with the table penultimate against second RB Leipzig 2-1 (0-0) and drew four games before the end of the season on points with Hertha BSC on the relegation place.

However, the Berliners currently in quarantine have played two fewer games.

For FC, the win with goals from captain and ex-international Jonas Hector (46./60.) Was the first after nine games and only the second home win this season.

The Leipziger, for whom Amadou Haidara equalized in the meantime (59th), were seven points behind the Munich team even before Bayern's evening game against Bayer Leverkusen. In the event of a Bayern win in the evening, the decision could be made next weekend. Funkel, who last looked after FC on October 18, 2003 in a 1-0 win against Freiburg with colleague Volker Finke, switched to the offensive three times. At first it didn't matter who played up front at FC, because only the defensive was required. Julian Nagelsmann's guests, who had changed to five positions compared to the 0-0 win against Hoffenheim on Friday, attacked FC and left the relegation candidate barely breathing space. After seven minutes, shots on goal were already 5-0 for the guests. The hoped-for early goal did not want to succeed.

After about ten minutes, the initially completely taken by surprise FC recovered and acted more orderly.

13: 3 shots on goal showed the statistics at break, but no hit.

The best opportunities were given by Haidara (3rd) and Nordi Mukiele, who moved free-standing (36th), and Alexander Sörloth, whose header Timo Horn saved (41st).

And after the break, RB promptly received the receipt.

56 seconds were played when Hector headed a cross from Jannes Horn to take the lead.

Even Sparkle seemed so surprised that he barely cheered.

Nagelsmann angrily withdrew to the bench.

But after Haidara equalized, the game did not overturn something immediately.

On the contrary, the Cologne team struck back almost immediately through Hector.

This time Funkel cheered too, so energetically that a piece of paper fell from his hand.

His colleague Nagelsmann, who was 34 years his junior, was getting angrier and angry with the referee.

Even Funkel could hardly be tamed in the exciting final phase.

There was a yellow card for that.

Information about the game on bundesliga.de