"Main vaccine against disinformation", the exercise of journalism is "totally or partially blocked" in more than 130 countries, alert Reporters Without Borders (RSF), at a time when the cry ... 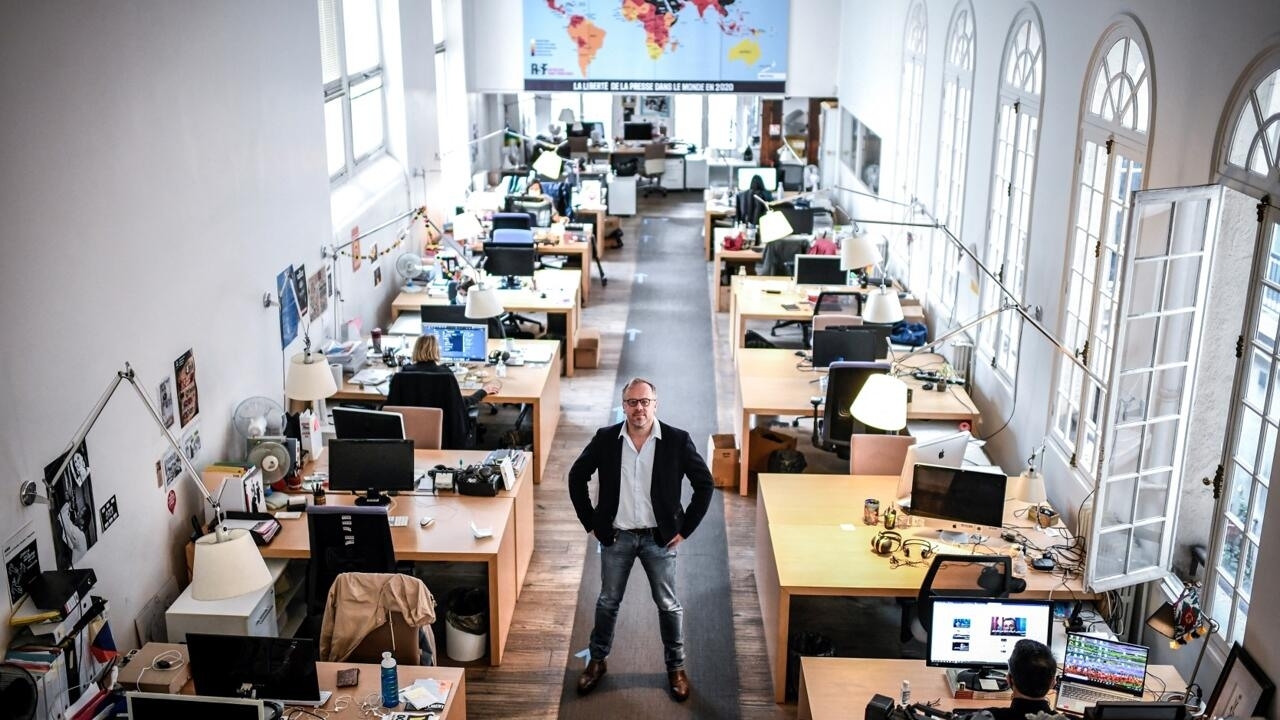 The secretary general of RSF, Christophe Deloire, at the headquarters of the NGO.

", the exercise of journalism is "

" in more than 130 countries, warns Reporters Without Borders (RSF), at a time when the health crisis is adding obstacles to the coverage of the news.

According to its annual world press freedom ranking, published on Tuesday, April 20, 73% of the 180 countries assessed by Reporters Without Borders (RSF) are characterized by situations deemed "

", according to the NGO.

►Also read: RSF report: the health crisis has accentuated the repression against journalists

It has thus exacerbated the repression in the most muzzled countries such as Saudi Arabia (170th in the ranking) or Syria (173rd).

" to the field and to sources for journalists, "

for a legitimate part, when it came to health precautions, but also illegitimate. In both cases, the question is: will these accesses be reopened?

», Christophe Deloire is alarmed. The situation is all the more worrying as journalism is the main bulwark against the "

virality of disinformation across borders, on digital platforms and social networks

Presidents Jair Bolsonaro, in Brazil (111th in the ranking), and Nicolas Maduro in Venezuela (148th) have thus "

promoted drugs whose effectiveness has never been proven by the medical world,

At the top of the table, Norway retains first place for the fifth consecutive year, ahead of Finland and Sweden, which has once again become third to the detriment of Denmark (4th).

If Europe remains the safest region, aggressions and abusive arrests have multiplied, especially in Germany (13th) and France (34th) during demonstrations against the “global security” bill.

Press freedom in the world: "a decisive decade", according to RSF