In Texas, Bobby replaces his oil wells with wind turbines San Angelo (United States) (AFP) If JR and Bobby Ewing - the heroes of the Dallas series - lived today, would they plug their oil wells and replace them with wind turbines? That's what another Texan Bobby did near San Angelo, a four hour drive west of Dallas. On this day of April 2021, Bobby Helmers, 79, listens to the whisper of blades cutting through the air, forming a circle 120 meters in dia 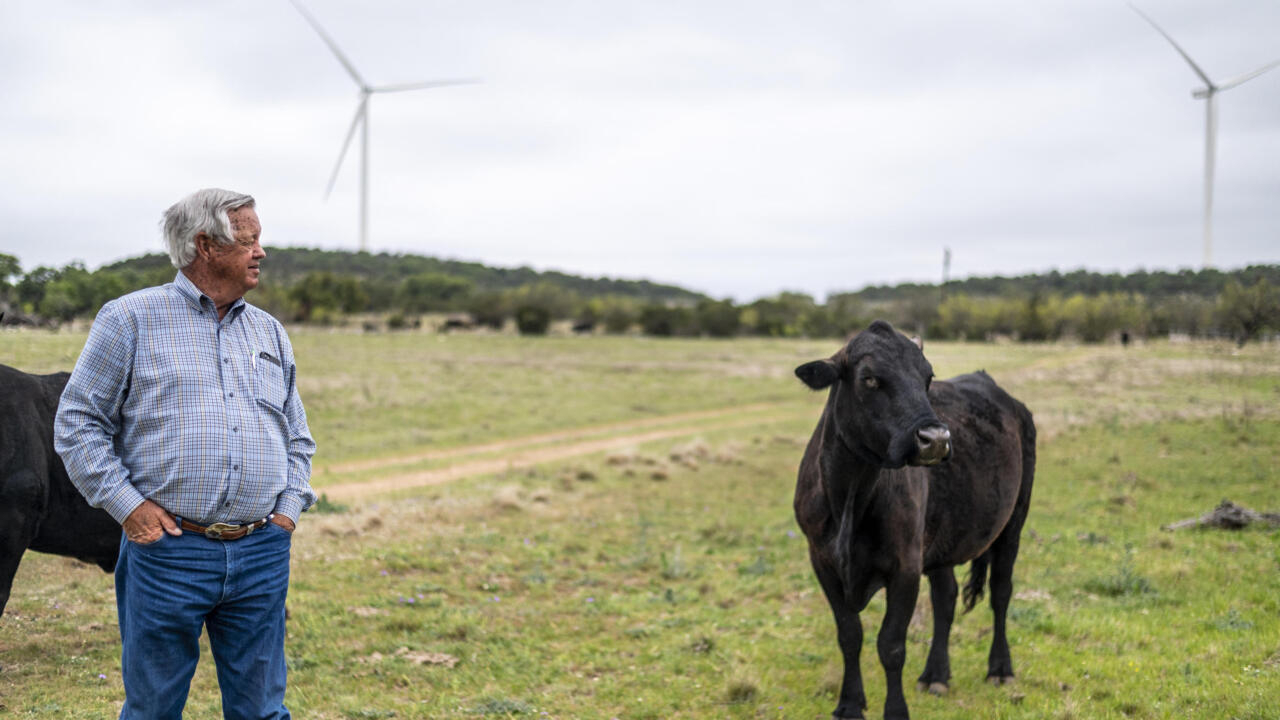 If JR and Bobby Ewing - the heroes of the Dallas series - lived today, would they plug their oil wells and replace them with wind turbines?

That's what another Texan Bobby did near San Angelo, a four hour drive west of Dallas.

On this day of April 2021, Bobby Helmers, 79, listens to the whisper of blades cutting through the air, forming a circle 120 meters in diameter.

He still can't believe how little noise they emit.

Three years ago, workers were filling its nine oil wells with squeaky pumps and each morning passed the men who had come to erect the six huge wind turbines which now dominate the property.

The cowboy ranch has been owned by his wife Sandra's family for three generations.

“Stetsons and horses have been replaced by caps and pickups,” he jokes, referring to the famous wide-brimmed hat.

Along with an employee, the couple breed 125 brangus, a hybrid breed, a cross between angus (a species known for its tender flesh) and brahman (famous for its resistance to heat) for breeding purposes.

But today, half of the operating turnover comes from wind turbines.

A few kilometers away, in a small building set among junipers and cacti, Kevin DeFoor, 48, manages the ten or so workers in charge of maintaining the 76 wind farm which includes Bobby's ranch and Sandra Helmers.

"The region has developed thanks to agriculture, animal husbandry and oil," explains the employee of the French energy giant Engie, operator of the park.

A former prison guard, it was late in the day that this native of the country discovered that the local riches were not only found in the soil.

In 2007, he decided to work in the wind energy sector, a first in his family.

Since then, he has been full of praise for the consistency of the local wind.

"Our turbines turn 50% of the time, it's a great performance in the sector!"

The State is known for its fossil fuels but it invested heavily in the early 2000s to become today the first national producer in wind power and the second in solar.

"Contrary to popular belief, Governor George W. Bush (1995-2000) and his successor Rick Perry (2000-2015) did not want Texas to be exclusively the oil state. They wanted it to be everyone's state. energies, "said Joshua Long, an environmental professor at Southwestern University, near Austin.

It has been a long time since fossil and renewable energies coexist in Texas and it is not by environmental conviction that Bobby Helmers went from oil to wind power.

Installed in the early 1990s, its oil pumps hadn't been going up much for a while and their operator ended up throwing in the towel.

Luckily, a few years earlier, the Infinity Renewables group had arranged to meet Bobby Helmers and his neighbors in a restaurant in the nearby hamlet.

The potential royalties convinced him straight away.

Oil is not unlimited, "the performance of wells necessarily decreases from year to year," he recalls.

"In wind power, production is constant. As for the percentage received, it is increased after 5, then 10 years, when the investments are better amortized."

From negotiations to wind measurements, a decade passed between this meeting and the construction of the first wind turbine.

"In the meantime, Engie has bought Infinity Renewables and the technology has evolved. The turbines were supposed to make 1.5 megawatt-hours (MWh) and they make 2.625", increasing its turnover, says the cowboy since his lounge where a few hunting trophies are enthroned.

While his oil income fluctuated with volatile market prices, Bobby Helmers now appreciates the stability of his new income, the amount of which he will not reveal.

Despite everything, it experienced its first disappointment a few months ago when its turbines stopped spinning for 10 days during the historic cold that hit the region.

What a ruthless universe!