Eintracht Frankfurt continues to march towards the premier class. In the lackluster victory against Augsburg, the Hessians show the reaction required by coach Hütter and climb to third place for the time being. 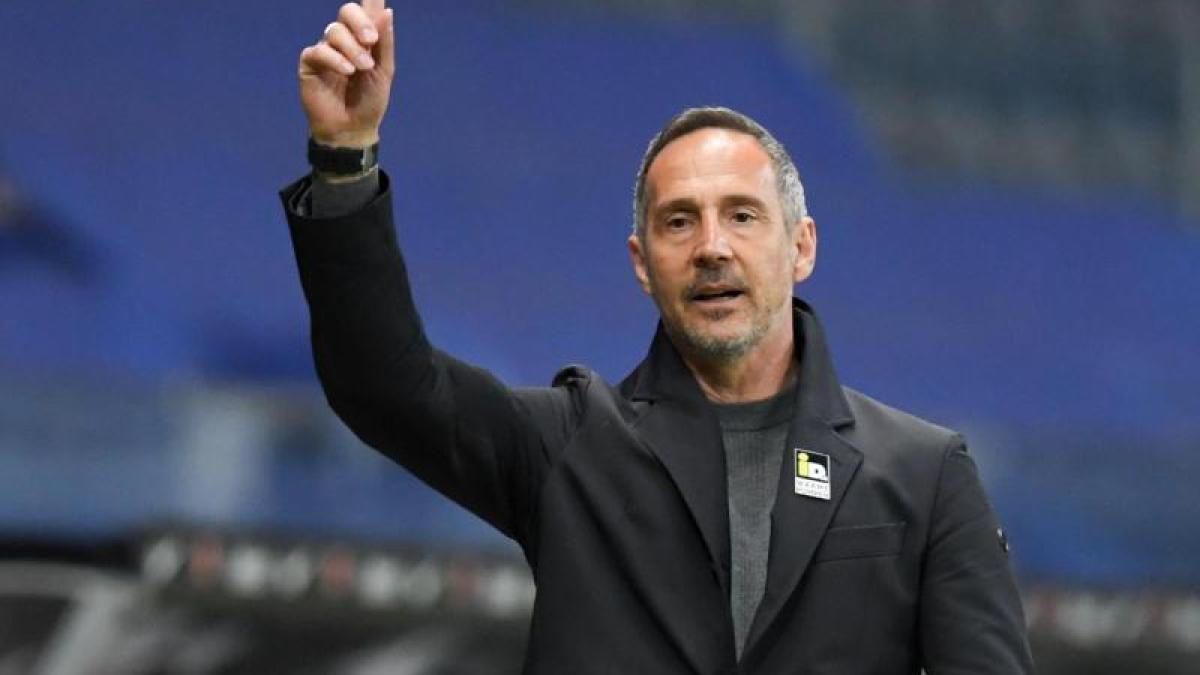 Frankfurt / Main (dpa) - Eintracht Frankfurt has found its way back on the road to success and put the competition in the fight for the Champions League under pressure.

The Hessians came to a 2-0 (1-0) win against FC Augsburg on Tuesday and moved up to third place in the table with 56 points at least overnight.

Returnees Martin Hinteregger in the 37th minute and striker André Silva (58th) with his 24th goal of the season scored the goals for Eintracht, who quietly saw the appearances of rivals VfL Wolfsburg (54) and Borussia Dortmund (49) on TV on Wednesday can track.

“It was hard work and a hard-won victory.

We are happy that we won, ”said Frankfurt midfielder Sebastian Rode.

"We continue to have everything in our own hands and have to do our homework."

Augsburg, for whom Alfred Finnbogason (73rd) missed a hand penalty, are still not sure of staying in the class with 33 points.

"Now we have to win against Cologne on Friday," said FCA goalkeeper Rafal Gikiewicz.

The shock of the 4-0 defeat in Mönchengladbach stuck the Eintracht professionals in the legs at the beginning of the game.

The home side acted without momentum or ideas in the first half hour and could be happy not to fall behind in this phase.

Even the loud cheers from numerous fans who had gathered in front of the stadium and also ignited pyrotechnics did not help at first.

The Augsburg team started dangerous attacks again and again from a compact defense, which posed problems for the hosts.

National goalkeeper Kevin Trapp had to prevent a goal twice.

FCA coach Heiko Herrlich had changed his starting line-up to eight positions compared to the 0-0 win against Arminia Bielefeld - more than ever since the Bavarian Swabians joined the Bundesliga.

After half an hour, Frankfurt was lucky that Hinteregger did not see red after a violent tackle on the center line against Marco Richter.

Referee Robert Schröder left it with a warning.

The borderline action worked like a wake-up call for the Hessians, who had their first chance after 36 minutes.

Filip Kostic crossed to Silva, but the Portuguese failed with his header to Augsburg keeper Rafal Gikiewicz.

Shortly afterwards, Hinteregger aimed better after a cross from Daichi Kamada and headed for the lead.

"It was clear to everyone that today would be a game of patience," said Eintracht board member Axel Hellmann in the half-time break on the Sky microphone.

After the change, Hinteregger, who celebrated his comeback after a five-week injury break, stayed in the dressing room.

Makoto Hasebe moved into the center of the defense for the Austrian international.

Frankfurt was now better in the game and rewarded himself with Silva, who hit a head after a Kostic cross and is now chasing Bernd Hölzenbein's club season record (26 goals).

When Finnbogason shot a penalty after Tuta's handball over the goal and Ruben Vargas hit the post with a long-range shot, the game was over.