Late on Sunday evening, CSU boss Söder and CDU boss Laschet met in the Bundestag building. All eyes were spellbound on Berlin. But at the end of the meeting there was no result. 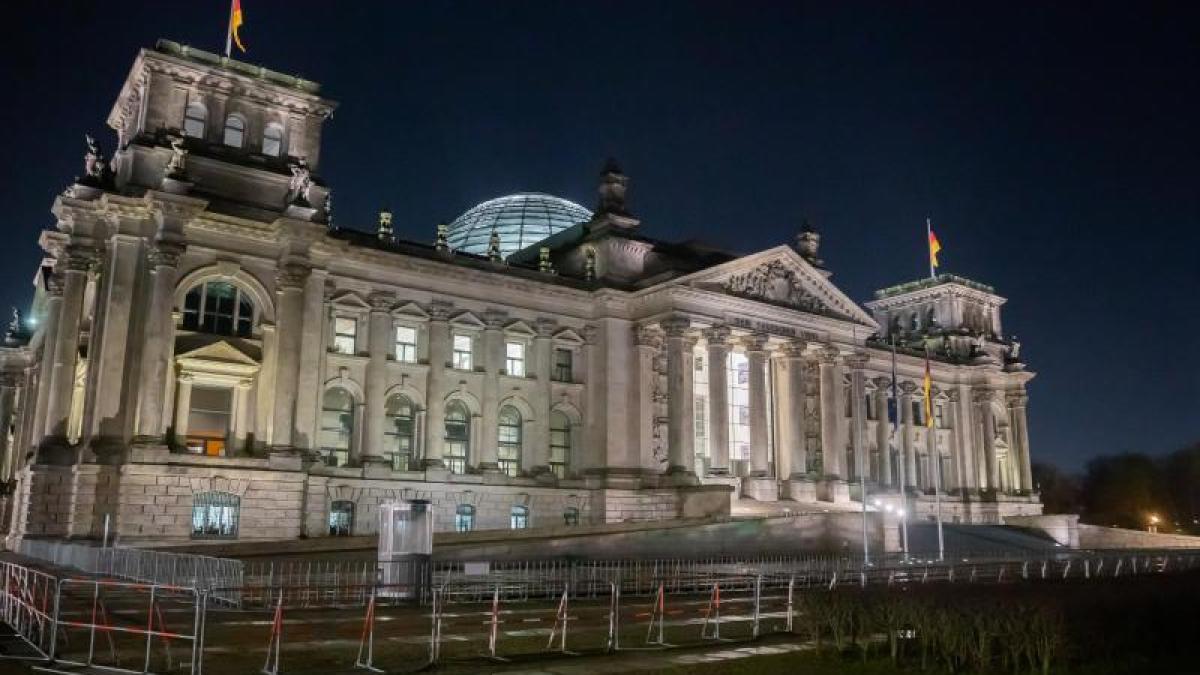 Berlin (dpa) - After an unsuccessful meeting between Armin Laschet and Markus Söder on Monday night, the outcome of the power struggle for the Union's candidacy for chancellor is eagerly awaited.

According to information from the German Press Agency, the two chairmen of the CDU and CSU met with their closest confidante for almost three and a half hours in the Bundestag building in Berlin.

Initially, nothing could be learned about the content discussed there and the further process.

The meeting in the Chancellery was the preliminary climax in the Union dispute, which has been worsening for a week.

Should the rivals fail to come to an agreement this Monday as well, who will lead the CDU and CSU as candidates for chancellor in the election on September 26, it could result in a decision in the Bundestag faction on Tuesday.

The Union is under maximum pressure five months before the federal election to find a decision as quickly as possible, not only because of the internal consequences of the dispute.

In addition, the Greens - the strongest force behind the Union according to recent polls - want to present their candidate for chancellor this Monday: either party leader Annalena Baerbock or party leader Robert Habeck.

A few hours before the meeting of Söder and Laschet on Sunday evening, the Junge Union (JU) had backed Söder by a large majority and thus increased the pressure on Laschet. “The two candidates had enough time to come to a decision. This did not happen and now we are forced to position ourselves. This was done with a clear majority for Markus Söder, ”said JU boss Tilman Kuban. According to the Junge Union, 14 out of 18 state chairmen spoke in favor of Söder at the conference of the JU regional leaders.

Should the Bavarian Prime Minister actually prevail in the end, Laschet would be severely damaged just three months after his election as CDU chief.

FDP Vice Wolfgang Kubicki said he was “stunned” about what was happening in the CDU.

"A party that declares in large parts or in all its breadth that we cannot win an election with our chairman has to look for a new chairman," he said on Sunday evening in the "Bild" policy talk "The right questions".

Hamburg's First Mayor Peter Tschentscher (SPD) sharply criticized the Union in the same panel discussion and attested to its lack of ability to act in the corona pandemic due to the internal power struggle.

Over the entire weekend, Söder and Laschet had been struggling to find a solution in top secret discussions, but an agreement was not reached.

At first no details about the course of the talks were made public.

From Union circles it was only heard for days that Laschet and Söder were in good and constructive talks with each other.

The Berlin CDU also confirmed its support for Söder on Sunday.

The members of the presidium and the district chairmen had confirmed the unanimous opinion of the CDU presidium last Monday, said country chief Kai Wegner.

"Markus Söder also has broad support in the CDU Berlin base."

In Lower Saxony, the CDU state executive discussed the situation with the district and district chairmen in a special online meeting on Sunday evening.

Nothing was known about the result here either, and according to information from the dpa, all participants agreed not to disclose.

The CDU has 325 district associations, 27 district, 17 state and over 10,000 local associations nationwide.

In contrast, the CDU district association Alzey-Worms had announced that in a vote 82.9 percent of the members had voted for Söder and 6.6 percent for Laschet.

Hamburg's CDU boss Christoph Ploß told the "Rheinische Post" (Sunday): If there is no decision at the start of the week, the parliamentary group will have to decide as the only joint union body.

Otherwise there is a risk of opening up trenches that are difficult to fill again, ”he told the Funke media group.

On Sunday a week ago, Laschet and Söder agreed to accept the candidacy for chancellor for the first time.

As a result, the top bodies of the CDU and CSU each stood behind their party leaders.

On Tuesday, both appeared in the parliamentary group, where according to participants, there was more support for Söders.