Italy: Atalanta weighs down Juventus, Naples hangs Inter Rome (AFP) Atalanta achieved a nice blow by beating Juventus (1-0) on Sunday for the first time in twenty years in the league, dislodging the 3rd place of the Bianconeri now under the threat of Naples (5th), who slowed down the leader Inter Milan (1-1). Despite these first points abandoned in the return phase, the Nerazzurri continue to advance quietly towards their first scudetto since 2010, wi 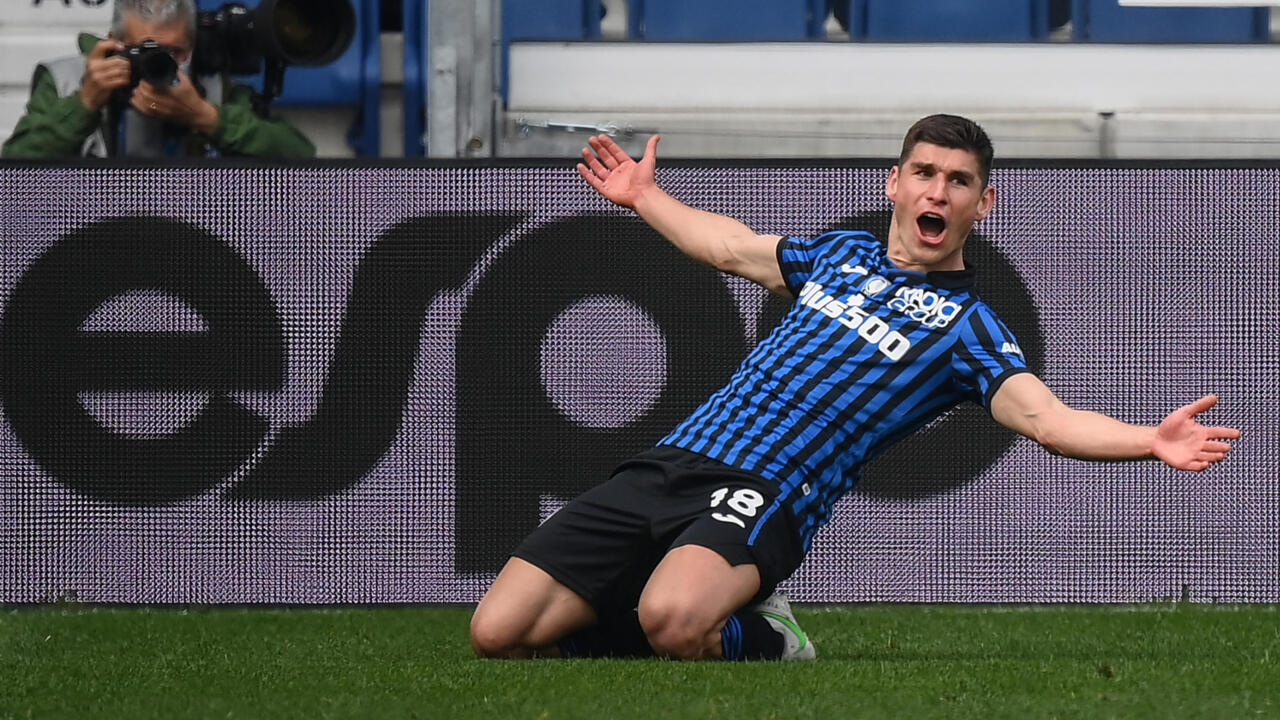 Atalanta achieved a nice blow by beating Juventus (1-0) on Sunday for the first time in twenty years in the league, dislodging the 3rd place of the Bianconeri now under the threat of Naples (5th), who slowed down the leader Inter Milan (1-1).

Despite these first points abandoned in the return phase, the Nerazzurri continue to advance quietly towards their first scudetto since 2010, with 9 points ahead of AC Milan (2nd) and 11 over Atalanta, seven days from the end .

Now at thirteen points, and with the breath of Naples and Lazio in his neck, Juventus is under high pressure in the battle for the Champions League.

"We will have to win as many matches as possible, but if we play with this spirit, I am convinced that there will be no problem for the future," said Turin coach Andrea Pirlo, despite this fifth loss for the reigning nine-time Italian champion.

Sometimes the victim of a lack of motivation against "little ones", she now also loses against direct rivals: after Inter (0-2) in January and Naples (0-1) in February, it is therefore the Atalanta who dominated Bianconeri deprived of Cristiano Ronaldo, injured.

This shock scent of the Champions League was released at the end of the match by Ruslan Malinovskyi with a deflected strike (87th).

Atalanta is enjoying a nice psychological boost ahead of the Italian Cup final which will pit the two teams against each other in a month's time.

"It's a game that matters. Winning today means we can beat Juve and above all it shows that they can lose against us," said Bergamo coach Gian Piero Gasperini.

Napoli are two points behind Juve thanks to their draw (1-1) against Inter.

Napoli, dominating in the first period, opened the scoring with a goal-gag: on a cross from Lorenzo Insigne, Samir Handanovic easily caught the ball before releasing it towards his own goal after colliding with his defender Stefan De Vrij (36th).

One of the four goals against their camp scored during this prolific day (41 goals in total).

Romelu Lukaku being failure of success, with two amounts (bar at the 29th, post at the 39th), it is Christian Eriksen who this time found the nets, with a pure strike from the left (55th).

Milan, for its part, preserved its second place by returning to victory at San Siro, against Genoa (2-1), after six consecutive games without a win at home in all competitions (3 draws, 3 losses).

"This victory is worth more than three points, it is not normal for all of these matches without winning here", admitted defender Simon Kjaer, craftsman at the end of the game of a miraculous double rescue on the line with his friend Fikayo Tomori.

In the absence of Zlatan Ibrahimovic, suspended, Milan relied on a nice goal from Ante Rebic (13th).

But also with the involuntary help of the striker of Genoa Gianluca Scamacca (68th), who scored against his camp the second rossonero goal while his team had equalized by Mattia Destro with the head (37th).

Lazio also remains in the race for C1 thanks to its spectacular victory against Benevento (5-3), with a brace from Ciro Immobile (16 goals this season).

With their game late, the Laziali are potentially one point away from Juve.

Roma, on the other hand, now seem out of the race, beaten by Torino (3-1) with a reshaped and tired team, three days after qualifying for the semi-finals of the Europa League.

"Arithmetically, it is still possible, but it will be difficult, we made too many mistakes in the league," admitted coach Paulo Fonseca.