From the stigma of'population 10% infection', to a country that took off the mask for the first time

It is a real-time e-news that looks at the news that became hot topics on the Internet overnight. I have read many articles that Israel has become the world's number one coronavirus vaccination rate and the first country to take off a mask outdoors. 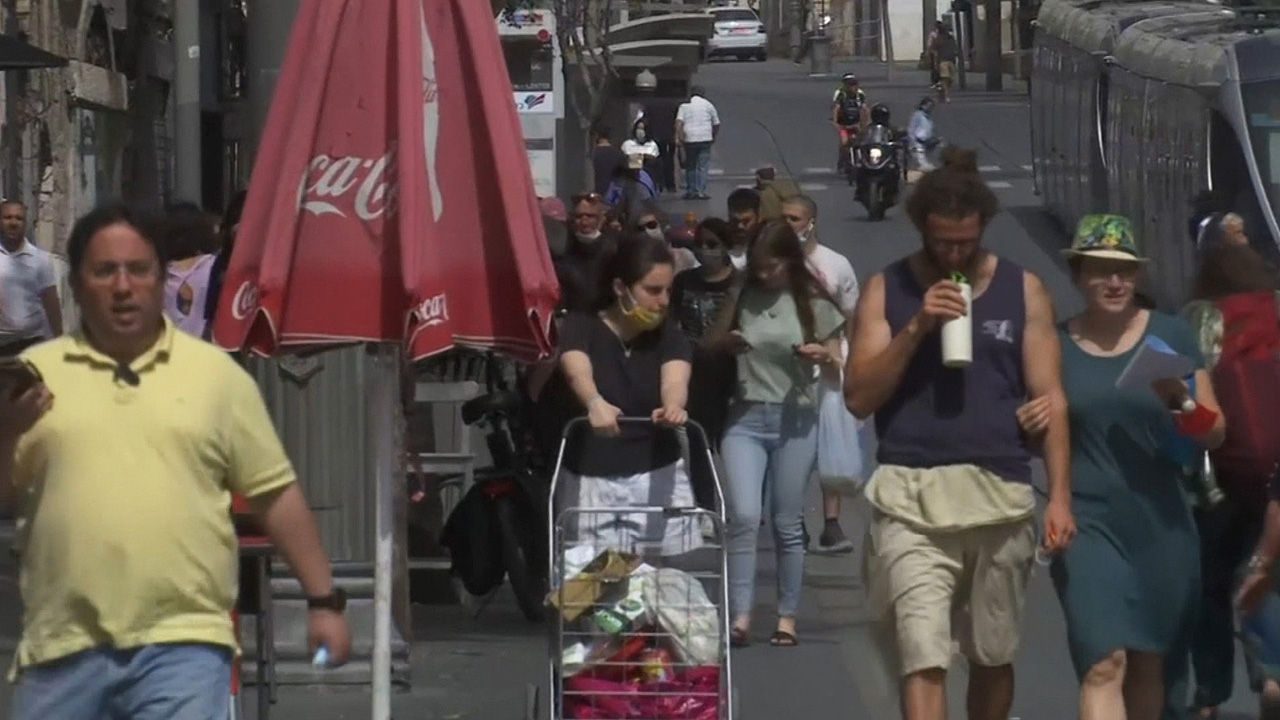 I have read many articles that Israel has become the world's number one coronavirus vaccination rate and the first country to take off a mask outdoors.

This is the view of Jerusalem, Israel on the 18th local time. You can see people without masks on the street.

This is thanks to the Israeli government lifting off the quarantine regulations that mandated the wearing of masks outdoors.

The school closure order, which was issued in March last year, was also lifted, and all students went to school.

Israel, which was once stigmatized as a country with a quarantine failure because 10% of the population was infected, has improved greatly, raising the vaccination rate to 60% amid strong blockades.

However, as the threat of the mutant virus continues and the inoculation rate is stagnating, there are concerns that it is still too early to remove the mask.

picture of a Mercedes vehicle occupying the middle of two underground parking lots is getting angry with netizens.

This is a picture of an officetel parking lot in Seongnam, Gyeonggi-do, which was uploaded to an online community on the 17th.

You can see a Mercedes car occupying two parking spaces.

At the front of the car, there was even a warning saying,'If I touch the vehicle, I will claim 10 times damages'.

The netizens who saw the photos were angry with reactions such as "I'm too proud to be ridiculous", "The car is class A, and my mental state is F". .

Under the Road Traffic Act, if you park your car in some areas, such as parking prohibited areas, the police or public officials may order the vehicle to move or impose a fine.

However, apartments and commercial parking lots are private lands that are not considered roads under the Road Traffic Act.

Therefore, even if a report is made, the situation is only moderated, the article said, and there is an opinion that the enforcement of aggressive administrative measures, such as imposing a fine for excessive damage to the parking order, should be reviewed.

There was also a lot of interest in the article that a social enterprise that raised donations to help shelter for stray dogs actually delivered only 10% of the money to the shelter.

At the end of the lease period at a shelter, a shelter for stray dogs in Gimpo, which has protected more than 200 stray dogs, a social enterprise started to support relocation expenses from last year.

If you donate, you will be given a souvenir and the proceeds will be spent before the stray dog ​​shelter.

From June to December last year, more than 2,000 people donated about 90 million won.

The shelter explained that the demolition order was issued earlier this year and the relocation was in a hurry.

The donation was deposited last month, but it was 9.7 million won, which is about 10% of the total donation.

Transportation expenses, conference fees, and taxes were all covered as donations.

The social enterprise has clarified that it should deduct the cost of making souvenirs for its sponsors, and said it had already paid 5 million won last year.

The police are investigating the facts after filing a complaint of fraud from the shelter.