Egypt: a dozen dead in a new train accident

The derailment of four carriages of a train at the agricultural city of Toukh, Egypt, killed at least eleven people and injured 98 on Sunday. The causes of the accident were not known in… 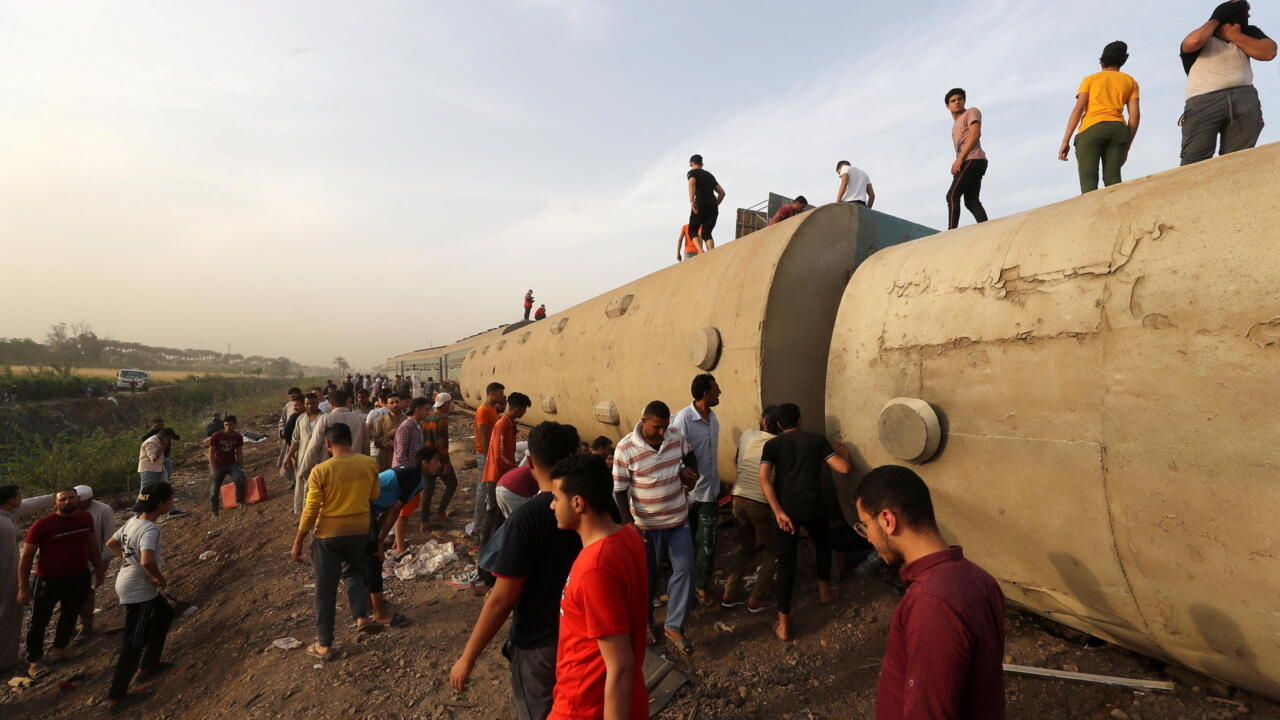 Three weeks after a deadly train collision in Egypt, at least eleven people were killed and 98 injured, Sunday, April 18, in a train derailment north of Cairo, according to a latest report from the Ministry of Health.

Fourteen slightly injured were able to leave the hospital.

According to a government statement, four wagons of the train going from Cairo to Mansoura, 130 km further north, derailed at the agricultural city of Toukh, in the Nile Delta.

Dozens of ambulances were dispatched to the scene of the accident, according to the Ministry of Health.

Investigators were sent there to try to establish the causes.

The causes of the accident were not immediately known.

According to the security source, the train driver and other train officials were detained for questioning.

The "human factor" often at the origin of railway disasters

Egypt is regularly bereaved by serious road and rail accidents, due to anarchic traffic, dilapidated vehicles or poorly maintained and poorly supervised roads and railways.

Rail accidents are usually attributed to infrastructure and maintenance issues.

On March 26, at least 20 people died and nearly 200 were injured in a collision between two passenger trains in the village of al-Samaa Gharb, 460 km south of Cairo, near the city of Sohag.

At least eight people, including the driver and his assistant, were arrested.

And the general prosecutor's office said in early April that the train driver and his assistant were not at their post during the accident, which the two men contested.

After this tragedy, the Egyptian Minister of Transport, Kamel el-Wazir declared that the "human factor" was often at the origin of railway disasters, promising the establishment of an automated network by 2024. Mr. Sissi promised sanctions against those responsible for the railway tragedies.

At the beginning of April, the African Development Bank (AfDB) announced the granting of a loan of 145 million euros to Egypt to "finance the improvement of the reliability and the performance of the railway system of the country as part of the national railway modernization project ".

"The funding will be used for strengthening operational safety and increasing the capacity of the national rail network," she said.

These improvements mainly target the "40% of Egypt's low-income population who rely on trains as an affordable means of transport."

The deadliest railway tragedy in the country's history occurred in 2002, with a train fire that killed more than 370 people some 40 kilometers south of Cairo.