C1: the big clubs dynamise European football with a "Super League" Paris (AFP) European football close to implosion: twelve big clubs launched Monday their "Super League", a private competition doomed to supplant the Champions League, declaration of war to which UEFA has promised to respond by excluding dissident teams and their players. It is an unprecedented earthquake in nearly 70 years of European competitions: after decades of shaking the specter of a schi 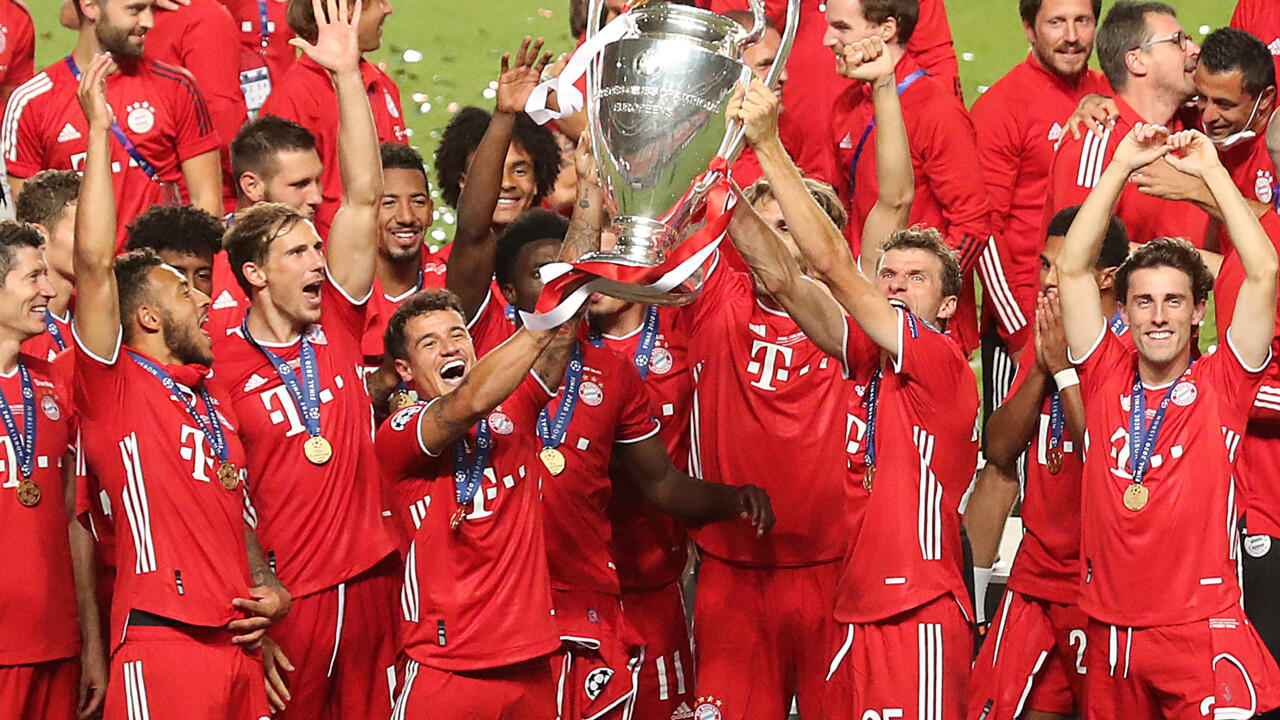 European football close to implosion: twelve big clubs launched Monday their "Super League", a private competition doomed to supplant the Champions League, declaration of war to which UEFA has promised to respond by excluding dissident teams and their players.

It is an unprecedented earthquake in nearly 70 years of European competitions: after decades of shaking the specter of a schism, the top leaders of the continent have finally taken the plunge with Real Madrid, FC Barcelona, ​​at their head. Liverpool or Manchester United, all multiple C1 winners and global brands.

Shaken by the Covid-19 pandemic, the king of sport in Europe sees its future dotted, as does the current pyramid system of redistribution of television resources between the C1, a flagship competition, and the national championships. The rebel clubs are apparently claiming to establish a controversial near-closed league system comparable to the North American basketball (NBA) or American football (NFL) championships, a prospect "disapproved" of Monday by Fifa.

"Twelve of the most important European clubs announce that they have reached an agreement for the creation of a new competition, + The Super League +, governed by its founding clubs. AC Milan, Arsenal, Atlético Madrid, Chelsea FC, FC Barcelona, ​​Inter Milan, Juventus, Liverpool, Manchester City, Manchester United, Real Madrid and Tottenham have united as founding clubs ", we can read in a press release sent to AFP and also distributed by the websites of several clubs concerned.

"The inaugural season (...) will start as soon as possible", continues the text, without setting a precise timetable.

According to a source with knowledge of the negotiations, Bayern Munich and Paris SG have been approached.

But the two finalists of the last C1 did not follow up, which led UEFA to publicly thank "the German and French clubs" for their loyalty.

The new competition, explain its promoters, is doomed to "generate additional resources for the whole football pyramid".

"In return for their commitment, the founding clubs will receive a one-off payment of around 3.5 billion euros intended solely for infrastructure investments and to offset the impact of the Covid-19 crisis", continue the organizers, who also promise a female "Super League".

According to its promoters, the "Super League" would operate in the form of a regular season between 20 clubs, fifteen of them ("the founding clubs", the 12 mentioned and three additional ones to be determined) being automatically qualified each year and the other five chosen "through a system based on their performance from the previous season".

At the end of this first phase starting in August, play-offs would be organized until May to award the trophy.

Matches would in principle be held in the middle of the week, competing directly with the boxes reserved for the Champions League, but not with the national championships traditionally held on weekends.

It remains to be seen what responses UEFA, headlong, and Fifa, less advanced on the subject, will bring to this attempt at secession, comparable to that experienced by European basketball, between the Euroleague and the Basketball Champions League ( Fiba).

Fifa "can only disapprove of a closed and dissident European League," reacted the international federation on Monday, inviting all parties to "a calm, constructive and balanced dialogue" on the subject.

UEFA, in a press release co-signed by several national championships, warned on Sunday that any dissident club would be excluded from national and international competitions, and that their players could no longer play for the national team, for example at the Euro or at the World Cup.

The launch of this "Super League" comes in any case when the UEFA meets Monday its executive committee (09h00 / 07h00 GMT) to endorse an overhaul of its Champions League by 2024.

Initially, the Executive Committee of the governing body of European football should have approved this reform without too much difficulty, while finalizing the mapping of the host cities of the Euro this summer.

But the sling of the big clubs scrambles the cards.

In the meantime, anti-"Super League" positions have multiplied on Sunday, among supporters' representatives but also among political leaders, from the Elysee Palace in France to Prime Minister Boris Johnson in the United Kingdom.

The French presidency thus castigated a project "threatening the principle of solidarity and sporting merit" and the Minister for Sports Roxana Maracineanu denounced a "VIP club of a few powerful".