Victims of a train derailed in Egypt 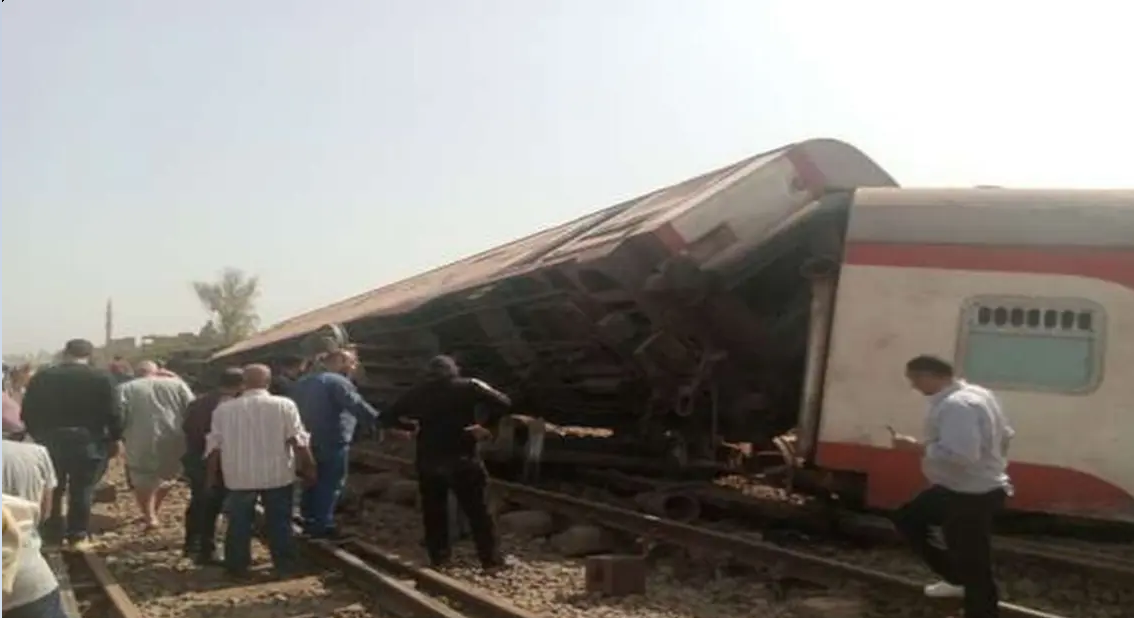 Victims of a train derailed in Egypt

An area near Toukh railway station in Qalyubia governorate witnessed a train derailment, resulting in a number of casualties.

The ambulance service in the Egyptian governorate of Qalyubia sent 20 ambulances to transport the injured in a train overturn, as the area witnessed, before the Toukh railway station in Qalyubia Governorate, train 949 Cairo Mansoura derailed.

Engineer Kamel Al-Wazir, Minister of Transport and Communications, said that he is now heading to the site of the Toukh train accident, which had a number of vehicles overturned a short while ago, in the village of Kafr al-Hessa in Qalyubia City, and who carried the number 494 distinct - air conditioner coming from the city of Mansoura on his way to Cairo.

"Al-Watan" newspaper published the first videos and photos of the overturning of a number of Toukh train cars, which overturned shortly before in the center's Kafr Al-Hessa village.

The video shows a number of train cars overturning, while a number of citizens are disembarking from the trains amid a large crowd around the train.

The head of the railway authority, Engineer Ashraf Raslan, said that an urgent technical committee had been formed to find out the real reasons behind the overturning of two vehicles from the train No. 949 of the line «Cairo - Mansoura», which took place in the city of Toukh in the Qalyubia governorate, shortly before.

Raslan explained, in statements to Al-Watan, that one of the cars of Train No. 949 of the line «Cairo - Mansoura» derailed its track on the tracks, consisting of distinctive and air-conditioned vehicles, while it was passing through the range of Banha station, noting that an inventory is underway. Accident and follow-up data, and sending cranes to lift trolleys.