On the occasion of the blessed month of Ramadan, the Department of Islamic Affairs and Charitable Activities in Dubai has formed a special team to oversee the distribution of Ramadan meals this year in cooperation with the Community Development Authority, Dubai Police, Dubai Municipality, the Permanent Committee for Labor Affairs in the Emirate of Dubai, and Economic 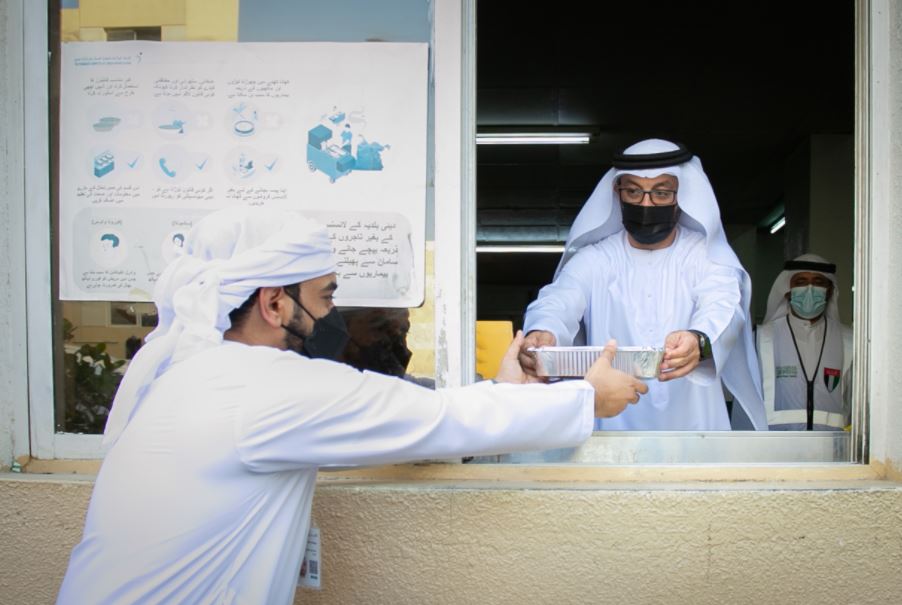 On the occasion of the blessed month of Ramadan, the Department of Islamic Affairs and Charitable Activities in Dubai formed a special team to oversee the distribution of Ramadan meals this year in cooperation with the Community Development Authority, Dubai Police, Dubai Municipality, the Permanent Committee for Labor Affairs in the Emirate of Dubai, Dubai Economy and Watani Emirates Foundation, With the aim of controlling the distribution of Ramadan meals in coordination with charities, and directing the public and donors to the necessity to adhere to precautionary and preventive measures and to avoid practicing some community habits such as distributing meals among neighbors, or distributing breakfast meals from homes to workers directly, because these practices may cause harm to health The safety of society and its violation of the precautionary and preventive measures approved by the Supreme Committee for Crisis and Disaster Management in Dubai, and the protocols in force at the state level.

In this context, Dr. Hamad Al-Sheikh Ahmed Al-Shaibani, Director General of the Department of Islamic Affairs and Charitable Activities in Dubai, confirmed that the formation of the team came to unify and coordinate field efforts to distribute breakfast meals, in coordination with the relevant government agencies regarding the Ramadan meals distribution service, as well as following up and monitoring the authorities' violations. Not obligated to issue permits for Ramadan meals distribution service, pointing out the need for community members to deal with charitable societies and institutions accredited in Dubai as the concerned authorities and specialized in distributing meals to target groups, under the direct supervision of the department that works according to accurate standards and approved practices to maintain the health and safety of society.

He added that the process of distributing Ramadan meals attracted great attention from the "Watani Al Emarat" Foundation, as the number of volunteers reached 1000 volunteers, indicating that this number reflects the values ​​of giving rooted in the UAE society, which achieve social solidarity, cooperation, solidarity and community cohesion, explaining that the number of meals The approved charities amounted to 86,500 meals, while the total food baskets reached 42,560 baskets, distributed daily at 20 main distribution points, where the meals will be delivered to the largest possible number of individuals most in need, by vehicles to transport meals from the restaurant to the place of delivery.

The Director General of the Department of Islamic Affairs and Charitable Activities in Dubai confirmed that a flexible work mechanism has been developed that enables everyone to take control of matters by allocating responsibilities to all teams participating in the process, to achieve real benefit from it, explaining that the community’s commitment to procedures and controls confirms the extent of commitment to social responsibility to ensure health. And public safety, calling on community members to the necessity of dealing with charitable societies and institutions accredited in Dubai in case they wish to donate food.

The mechanism included determining workers ’accommodations by the concerned team in the Permanent Committee for Labor Affairs in Dubai, while Dubai Police will work to ensure that precautionary measures and measures are applied at distribution sites. Charitable societies, in cooperation with the National Emirates Foundation, will begin to deliver meals to the housing official to be distributed to According to the number of the beneficiaries, while meals will be delivered to the beneficiaries outside the workers ’accommodations through the“ Hope Meals ”initiative implemented by Islamic Dubai during the holy month of Ramadan.

The Islamic Affairs and Charitable Activities Department will work to determine the timing of the distribution of meals so that the process of distributing meals in the field ends before the time of Iftar, as well as issuing permits for the distribution of breakfast meals to public benefit agencies and social clubs to their communities after obtaining the approval of the Community Development Authority.

The process of distributing Ramadan meals is subject to the monitoring and inspection process at the sites for the delivery and receipt of meals on a daily basis by directing donors and charitable people by the Department of Islamic Affairs and Charitable Activities to charitable societies to make donations in this regard, while non-compliant is violated based on the violation monitoring system by Dubai Police with the identity number of the violator in order to avoid repeated violations, while charitable bodies not committed by the department are violated, provided that the Community Development Authority takes over the violation of public benefit agencies, while the Department of Economic Development and Dubai Municipality issue violations to restaurants and kitchens that accept donations and distribute meals from Without prior authorization, Dubai Municipality will sign the violation in cases of non-compliance with food safety procedures at distribution points.