Russia is furious at the Czech Republic, which accuses Russian intelligence services of being behind a deadly explosion in an ammunition depot in 2014. Russia is now responding to the expulsion of 18 Russian diplomats by expelling 20 Czech diplomats. 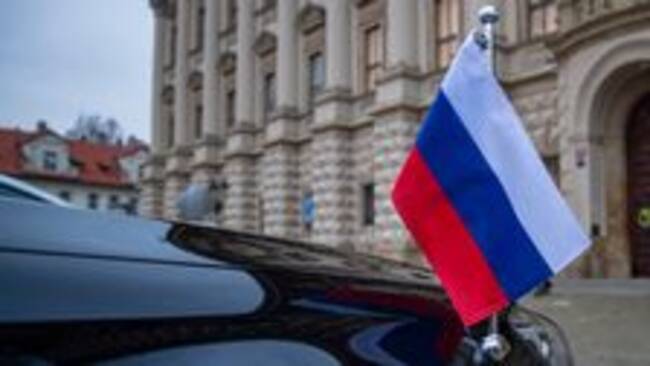 The 20 Czech diplomats must leave Russia by Monday, according to the Russian Foreign Ministry, reports the Russian state news agency Ria.

The relationship between Russia and the Czech Republic is more frosty than in many years - according to political analysts, it has not been so bad since the country broke free from the Soviet Union's grip during the velvet revolution of 1989.

The quarrel began on Saturday when Czech Prime Minister Andrej Babis announced that the government suspected that the Russian intelligence service was involved in the explosions in an ammunition depot in the Czech Vrbetice in October 2014, when two people were killed.

In connection with the accusation, it was also announced that 18 Russian diplomats - with alleged links to Russian intelligence - were deported from the country.

And that two of the people involved in the explosions were behind the assassination attempt on the former Russian agent Sergei Skripal and his daughter in the UK in 2018.

The Moscow government is reacting angrily to the allegations, saying in a statement that it will "force the perpetrators of the provocation to fully understand their responsibility to destroy the foundations of normal ties between our countries."

Russia has also responded that the allegations are absurd, and that they are "a continuation of the anti-Russian decisions that the Czech Republic has taken in recent years".

The Czech Republic has informed NATO and its EU allies of the suspicions.

EU foreign ministers will discuss the issue at Monday's meeting.

Stands behind the Czech Republic

British Foreign Secretary Dominic Raab said in a statement that the country was behind its Czech allies, who have "revealed how far the Russian intelligence service is prepared to go to carry out dangerous and malicious operations in Europe".

"This shows a pattern of behavior from Moscow after the novitiate attack in Salisbury.

My thoughts go to the families of the victims in Vrbetice. ”

The United States also expresses its support for the Czech Republic. The US embassy in Prague wrote in a statement that Washington is behind its ally, and that it appreciates "its actions to make Russia pay for its dangerous actions on Czech soil", reports Reuters.