Kate Middleton breaks the ice between princes Henry and William

It was the most commented scene during the funeral of Philippe of Edinburgh: the impromptu talk between Princes Henry and William at the exit of the Chapel of Saint George, ... 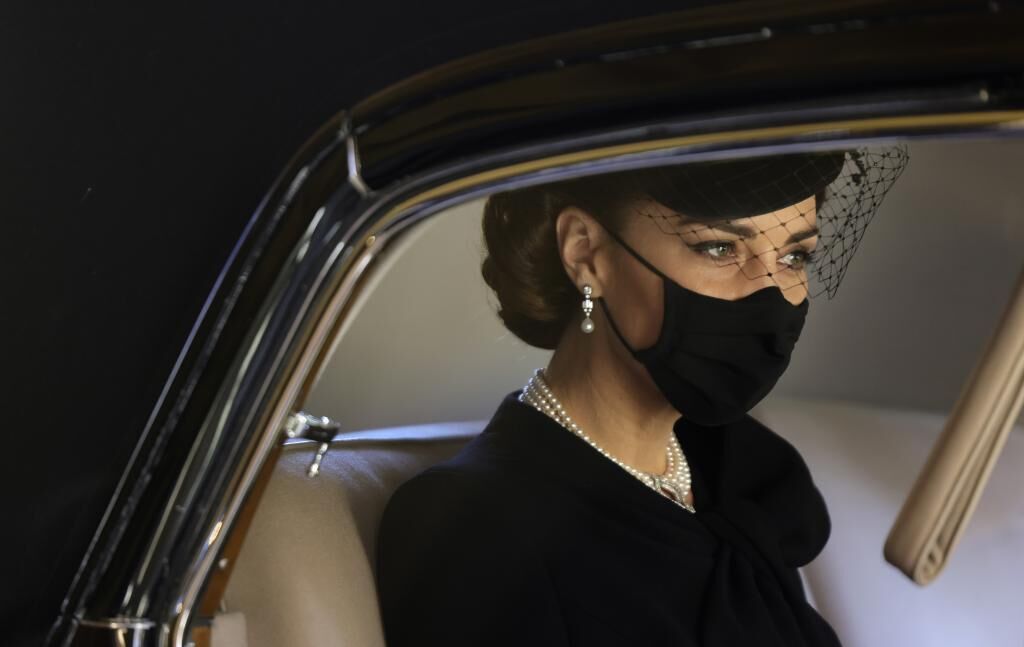 It was the most commented scene during the funeral of

: the impromptu talk between Princes

at the exit of the Chapel of St. George, interpreted by the royal chroniclers as the pipe of peace between the two brothers.

, the real architect of the rapprochement between the Queen's grandchildren has been Kate Middleton, who on Saturday broke the ice with

in the procession that followed the funeral and waited for

finish speaking with the Dean of Windsor ,

to close the gap.

So engrossed were they in their respective conversations that both

avoided getting into the Rolls Royce that was waiting for them outside the chapel and continued walking up a hill within the perimeter of the castle.

The Dean of Windsor finally left and

waited for his wife and brother, with whom he began to speak spontaneously.

Their mission accomplished, Kate left them alone and went with Sophie, Countess

used a "lip reader" to decipher the conversation between the two brothers.

told his brother that the funeral ran just as his grandfather had intended.

The conversation did not last long, but it was interpreted as a sign that had been waiting

since arriving in the UK without

to attend the funeral.

, summoned him for a walk and a talk in the vicinity of the Frogmore chalet, where

was quarantined after his arrival from California.

, his brother and his father, after the shock caused in Buckingham by the interview with

was in the hospital.

Enrique has not yet set a date for his return to the United States, although he will probably stay to celebrate the Queen's 95 years on April 21.

Wide AngleIsabel II, a queen in mourning to prop up a crown in crisis

United Kingdom: A group of protesters attacks the Police in the British city of Bristol