About 105 kilometers from Doha in the North Municipality of Qatar lies the ancient city of Al Zubarah, which was a historical landmark for a city that was populated hundreds of years ago. 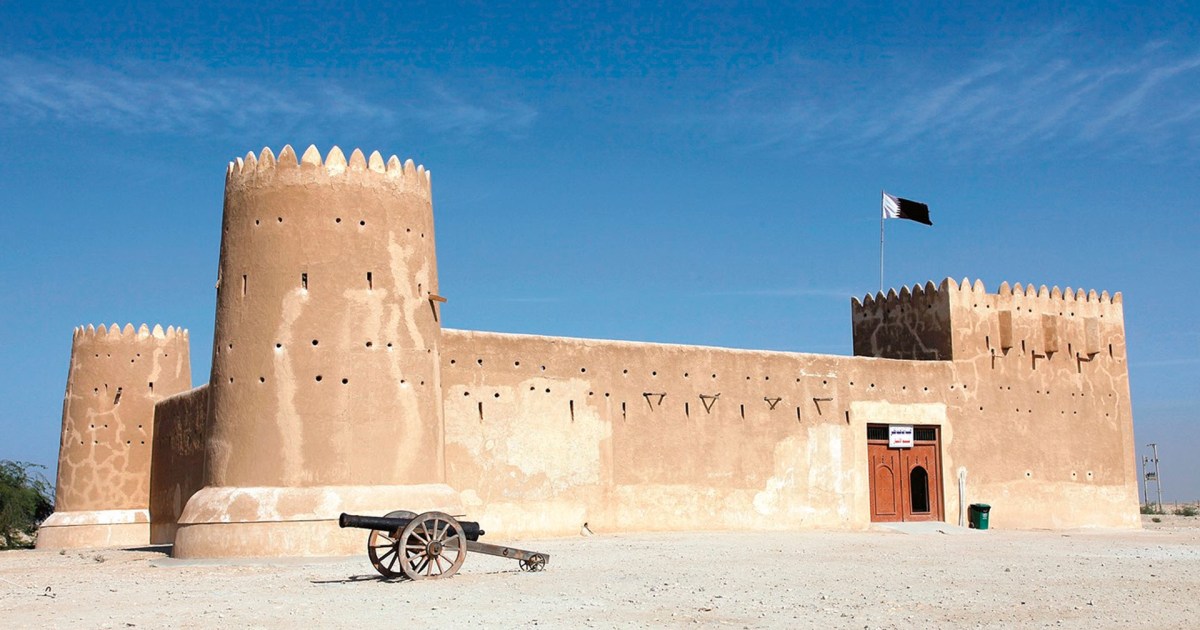 On April 18 of each year, the world celebrates the World Heritage Day set by the International Council on Monuments and Sites (ICOMOS) under the auspices of UNESCO and the World Heritage Organization in order to protect human heritage.

And 105 kilometers away from Doha in the North Municipality of Qatar lies the ancient city of Al Zubarah, which was a historical landmark for a city that was established in the mid-18th century and developed into one of the largest trade centers in the region, specifically the pearl trade.

The World Heritage Committee of the United Nations Educational, Cultural and Scientific Organization (UNESCO) included the ancient city of Al-Zubarah in Qatar on the UNESCO list of World Heritage Sites, and this came within its 37th session, which was held in the Cambodian capital Phnom Penh in 2013.

After conducting studies and research on the site, a large group of archaeological finds dating back to the period between the 18th and 19th centuries were found, and they are now in the permanent collection of the Qatar National Museum, which was displayed in museum galleries as well as in the city of Al Zubarah.

Al Zubarah historical site was registered in the State of Qatar in 2013, on the World Heritage List. It was an important site for living and trading during the period between the 19th and 18th centuries for the region @Qatar_Museums pic.twitter.com/qu1PEBjVXu

Al-Zubarah - a historical and uninhabited coastal city today - extends on the northwestern coast, and was established in the mid-18th century, and flourished to become one of the most important and largest residential areas in Qatar at that time.

Its prosperity attracted the interest of other great powers in the Gulf region at the time.

The city's commercial role ended in 1811, and it was not completely rebuilt, so its residents deserted it in the mid-twentieth century.

Al Zubarah covers an area of ​​60 hectares, and contains the remains of homes, mosques, large fortified buildings and a market.

According to the Qatar Museums website, Al Zubarah was once a prosperous port full of fishermen and merchants, and the area was registered in 2009 as a protected area, and since then Qatar Museums have chaired a group of scientists and archaeologists to conduct archaeological investigations of the site. Periods of prosperity, collapse and shining light on this unique region.

The site consists of 3 main parts, the largest of which are the archaeological remains of the city, which date back to 1760. As for Murrer Castle, it is an interconnected settlement in the first city of Al Zubarah, fortified in order to protect the inner wells of the city.

While the Al Zubarah Fort, which was built in 1938, is the most recent and prominent feature of the site.

Al Zubarah and its cultural surroundings reveal the social and economic transformation of the land, and the history of the traditions of urban trade and pearl fishing that formed the source of livelihood for major coastal cities from the early Islamic period to the 20th century. Zubarah is a valuable example of the urban planning capabilities of that period.

A visit to the archaeological site invites a reflection on the coexistence and harmony between cultures and ethnic groups from the Arabian Peninsula during that period of time, as well as provides examples of traditional Qatari building techniques.