Video- Who is better ... Real Madrid, champion of the Champions League 2018, or the winner over Liverpool in 2021?

The confrontation between Liverpool and Real Madrid - yesterday, Wednesday, in the second leg of the Champions League quarter-final - evokes memories of the final of the tournament between the two teams in Kiev in 2018, and raises a question: Which is the best Real, who won the title in 2018 or 2021? 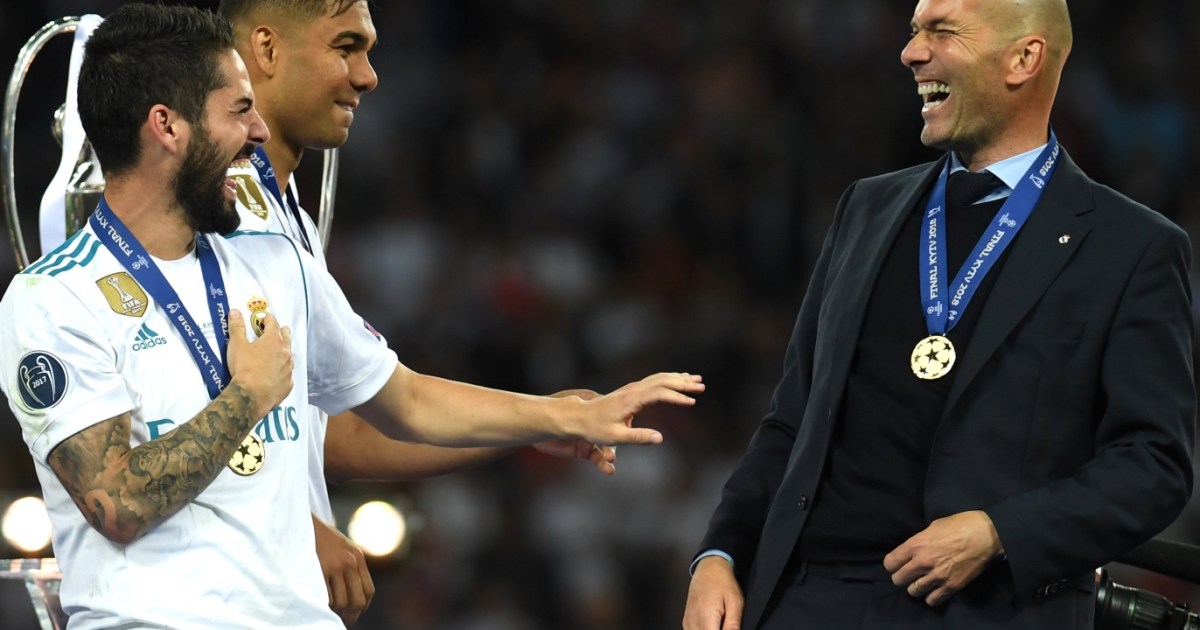 The match between Liverpool and Real Madrid against Real Madrid - yesterday, Wednesday, in the second leg

of the Champions League quarter-finals - evokes memories of the final of the tournament between the two teams in Kiev in 2018, and raises a question: Which is the best, Real Madrid, who is crowned in the championship in 2018 or the winner over Liverpool in 2021?

Real Madrid won the Champions League title in 2018 after defeating Liverpool in the final match 3-1, and it was a huge achievement to achieve the title for the third year in a row.

It ended in winning the Real 3/1

The truth is that Real Madrid in 2018 was frightening;

Because of his inclusion of stars who were at the peak of tender at the time, the most prominent of them is of course the Portuguese star "Cristiano Ronaldo", whose final was the last of his reign as royal, after which he moved to Juventus, and "Gareth Bale" was also dangerous and scored two wonderful goals that guaranteed the title for Real.

Although many - including the former Egyptian star Mohamed Abu Trika, an analyst for "BN Sports" channels - nominated the royal - the record holder in winning the championship (13 times) - to crown the title this year, and Abu Trika said, "The Champions League championship is under Real Madrid. However, the Real in 2021 is different from 2018, as it misses its historical goal-scorer and the championship goal, "Ronaldo," and also misses "Bale" who collapsed in his form and moved on loan to Tottenham Hotspur at the beginning of the current season, in addition to the aging of most of his influential stars and their declining performance. marked.

The victory over the 2019 Champions League champion Liverpool is an achievement for Real, who floundered in the current tournament and won two miserable defeats against the underwater "Shakhtar" team in the group stage, but it may be a deceptive victory caused by the weakness of the opponent to a greater degree, as the English Premier League champion lives a difficult season, and has become His qualification for the Champions League is in doubt for his successive defeats and his distance from the golden box.

We can clearly realize the advantage of Real Madrid in 2018 when we make a numerical comparison between the team in the two versions, as it had a distinctive balance in 2018 between its sweeping striking strength and its strong defense, since since the group stage, it scored 31 goals compared to 13 goals in its own range, including 15 goals in groups. For only 4 goals.

He seems very far from approaching his total goals in 2018, especially since absences due to injuries haunt the team since the beginning of the season until now.

Real Madrid 2021 may well deserve the advantage if it is crowned with the double (the Champions League and La Liga), which it failed to achieve in the 2017-2018 season, when Barcelona won the LaLiga title.