Sweden tops the proportion of new infections in the EU 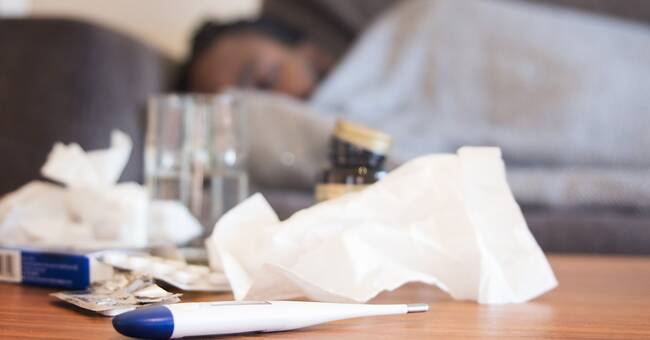 In the last seven days, from 13 April, the number of newly diagnosed infected people per day in Sweden is on average 587 people per million inhabitants, according to ourworldindata.org, which collects its figures from John Hopkins University.

This means that Sweden, second only to Cyprus, is the country in the EU with the most newly reported infections in the last week per million inhabitants.

Cyprus tops the compilation since yesterday with 622 found new infections per million inhabitants.

Third on the list among EU countries is France, closely followed by Poland, with the corresponding 556 and 540 people respectively.

Sweden has risen in comparison with other EU countries since about mid-March.

Our Nordic neighbors have significantly fewer infections, according to the same compilation.

Finland, Denmark and Norway have the equivalent of 65, 112 and 128 new infected people per million inhabitants.

Also in terms of the proportion of positive covid tests, Sweden is high in Europe, but does not top the survey.

According to Ourworldindata's compilation, just over 10 percent of those tested in Sweden have covid-19, according to a rolling average.

However, the percentage is based on data that was updated no later than 4 April.

For our Nordic neighbors, where the figures are fresher, the corresponding figure is 3.7 per cent in Norway, Finland 2.5 per cent and Denmark 0.4 per cent.

Ukraine, Poland and the Balkan countries top the proportion of positive covid tests with just over 20 percent up to 33 percent.

The statistics above show only confirmed cases of infection.

Different countries may have different routines for if and when they test people and how they report their figures, which makes it difficult to make direct comparisons between countries.

SVT has been in contact with the Public Health Agency, which replies that they do not have the opportunity to comment on the statistics on Wednesday.

During Tuesday's press conference, state epidemiologist Anders Tegnell described the situation as "still a very high spread of infection, no clear sign of a slowdown".