The constitutional court overturns the Berlin rent cap. The political reactions are clear. The CDU and FDP welcome the verdict, the governing mayor Michael Müller appeals to the decision-makers at the federal level. 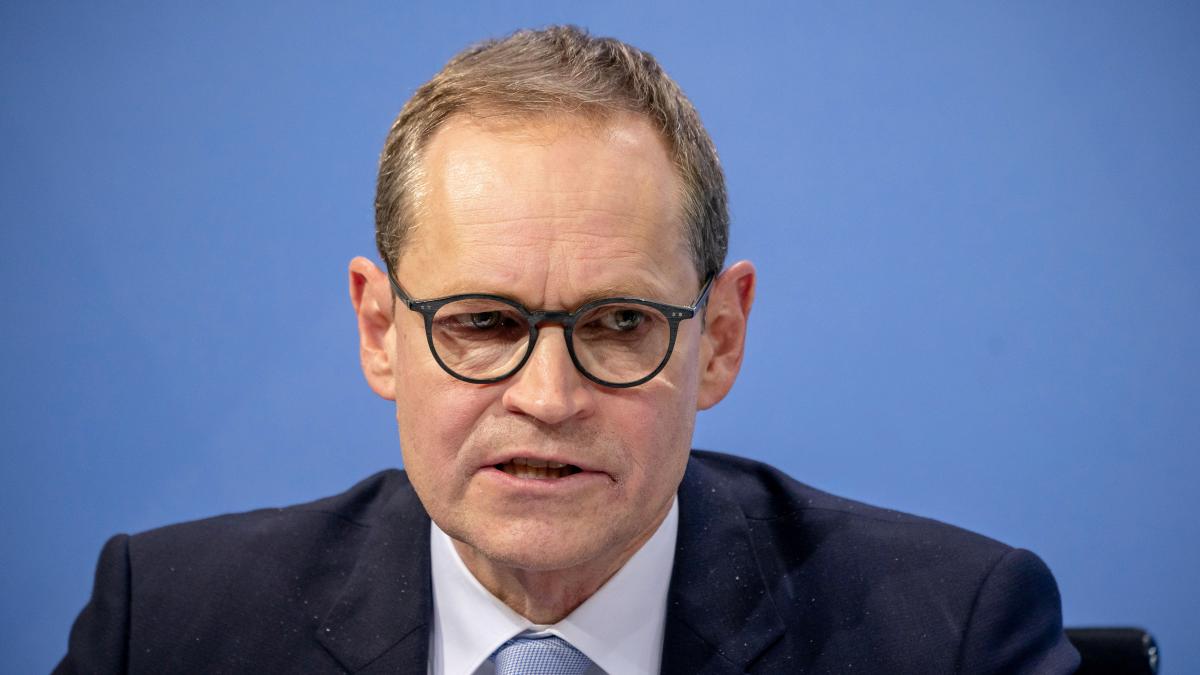 Out for the Berlin rent cap: The Federal Constitutional Court has declared the state law that came into force in 2020 in two stages to be null and void.

The federal legislature has finally regulated the rental price law, announced the highest German court in Karlsruhe on Thursday.

There is therefore no room for the countries' own laws.

The reactions are different.

calls for the federal government to act quickly.

"The housing shortage that has now prevailed nationwide must finally be vigorously fought by the federal government," said the SPD politician.

"A rent moratorium called for by parts of the coalition at federal level in markets with tight residential areas must be initiated quickly," said Müller.

"That is one of the central tasks for the new federal government at the latest."

The Berlin Senate now wants to examine the extent to which social hardship can be cushioned in the event of additional demands on tenants, said Müller.

"We appeal to all landlords to be aware of their social responsibility in the still very difficult housing market situation."

Müller also announced a round table "promptly" "in order to talk to the housing industry about how we can jointly avoid social hardship through additional demands and in future ensure that sufficient affordable living space is created in Berlin and that rents do not continue to rise uncontrollably . "

The rent cover is now history.

“That's a good thing, because it was the wrong way to go in terms of building policy.

It created uncertainty in the housing markets, slowed down investments and not created a single new apartment. "

He wrote on Twitter: “The ruling by the Federal Constitutional Court is a setback for tenants.

Karlsruhe calls for a nationwide solution for a rent cap.

A clear collective mandate to the SPD, Greens & LINKE.

One thing is clear: with the CDU & CSU, rental sharks are always on the winning side, not tenants. "

SPD parliamentary group in the Bundestag

attacked the CDU and FDP after the verdict.

“It is no secret that the plaintiffs from the ranks of the CDU and FDP are completely indifferent to the concerns of tenants.

The reaction from the Berlin

was a little more restrained. Berlin SPD chairmen Franziska Giffey and Raed Saleh announced that the construction of new apartments was now all the more important.

"The purchase of apartments must also be continued in order to further increase the share of the housing stock of the state-owned housing associations and cooperatives," said the SPD top candidate for the House of Representatives election and the SPD parliamentary group leader.

In addition, the federal government is now required to improve tenant protection.

"We call on the CDU / CSU to stop their resistance to effective rental price regulation in the federal government."

"Tenants suffer who are threatened with high back payments"

Clear criticism came from the

: General Secretary Paul Ziemiak called for a boost in housing construction after the decision.

Ziemiak wrote on Twitter that there would only be more and more affordable living space “with a construction turbo”.

He described the decision of the Federal Constitutional Court as "a gossip for irresponsible red-red-green politics".

He also writes: "Those who suffer are tenants who are threatened with high back payments."

“The state of Berlin has to apply this to prevent social hardship.” In the end, it must be clear that no tenant should lose his or her apartment due to the “unsuccessful housing policy”.

“The fact that the rent cap is void is good news.

Because such interventions in the market are mere combating symptoms, ”said FDP parliamentary group vice Michael Theurer on Thursday after the decision.

The building and housing policy spokesman for the FDP parliamentary group, Daniel Föst, added: "The Berlin Senate, against their better judgment, abused the tenants for an ideological experiment, and that was completely unsuccessful".

The bill was not paid by the politicians, but by the people in the form of back rent payments and housing shortages.

"That is the maximum defeat"

"That is the maximum defeat that can be suffered in front of the Federal Constitutional Court," said Haus - & - Grund President Kai Warnecke in a digital press conference.

announced shortly after the verdict that it would not ask for any rents.

Rolf Buch, CEO of Vonovia, announced that there should be no “financial disadvantages for tenants due to the political decisions made”.

in Berlin will face additional claims after the group has issued.

Deutsche Wohnen welcomes the decision of the Federal Constitutional Court, announced the company, which owns around 116,000 apartments in the Berlin area.

In order to settle the remaining amount of the rent due, Deutsche Wohnen is offering the tenants affected by the Karlsruhe ruling the option of one-off payments, installment payments and deferrals, the group said.

urged the federal government to the court's decision to to to act last.

The decision is bitter, "but it is also a loud wake-up call to the federal legislature to finally act and stop the rent explosion in many German cities," said the President of the German Tenants' Association, Lukas Siebenkotten.

The constitutional court ruling also means the end of the

for a six-year rent freeze.

Instead, the initiative now wants to focus on achieving a federal rent freeze, as it announced on Thursday.