C1: last tickets for the last four, Real and City on pole - France 24

C1: last tickets for the last four, Real and City on pole Paris (AFP) After PSG and Chelsea, who else in the last four? Real Madrid face Liverpool on Wednesday (9:00 p.m. / 7:00 p.m. GMT) in the Champions League quarterback, inflated by their 3-1 success in the first leg, like Manchester City who challenge Dortmund and Erling Haaland (first leg: 2-1). In the aftermath of the resounding qualification at the expense of defending Bayern Munich, Paris SG a 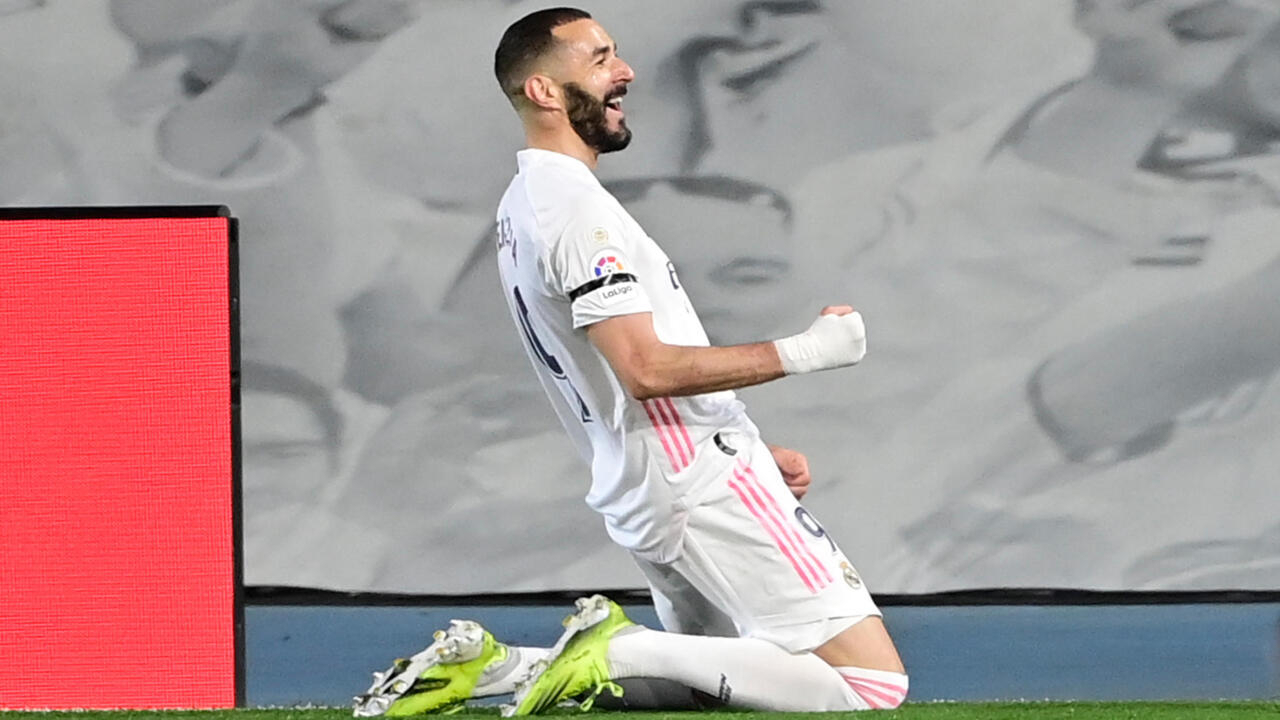 After PSG and Chelsea, who else in the last four?

Real Madrid face Liverpool on Wednesday (9:00 p.m. / 7:00 p.m. GMT) in the Champions League quarterback, inflated by their 3-1 success in the first leg, like Manchester City who challenge Dortmund and Erling Haaland (first leg: 2-1).

In the aftermath of the resounding qualification at the expense of defending Bayern Munich, Paris SG awaits their opponent for the semi-finals, scheduled for April 27 and 28 then May 4 and 5: it will be City or Borussia, while that Thomas Tuchel's Chelsea will challenge the winner of the Real-Liverpool double confrontation.

And the allocation of these last two tickets remains very uncertain.

Because even if the "White House" of Zinédine Zidane and the Citizens of Pep Guardiola have taken the lead in the first leg, the Reds and the BVB are armed to turn the tide.

Liverpool FC, successor in 2019 of a Real crowned three times in a row, can count on their entire offensive armada to catch up, from Sadio Mané to Roberto Firmino, including Diogo Jota and Mohamed Salah.

The Egyptian kept the flame of hope alive in Madrid by scoring the only goal for the English.

And on Saturday against Aston Villa, he scored again, allowing the Reds to break the curse of Anfield, where they had yet to win in 2021.

Even without their unconditional "Kop" of supporters, a red lung capable of transcending the players, Jürgen Klopp's men want to write a new page in their glorious history, marked by epic reversals of the situation.

Against Dortmund in 2016 or Barcelona in 2019, for example, "the supporters gave us the impression that we were three meters high, they made us believe that it was possible," noted defender Andrew Robertson.

Wednesday, "we will have to do it ourselves".

The most incredible and the most fabulous reversal remains the "miracle of Istanbul" when the team of captain Steven Gerrard, led 3-0 in the final 2005, had overtaken AC Milan of Paolo Maldini in six minutes after the break, for finally win on penalties.

Coincidentally, it is in the Turkish metropolis that the next final, on May 29, is scheduled.

Real Madrid, stopped in the round of 16 of the last two editions, however comes to Anfield with a scorer in great shape, in the person of Karim Benzema, and morale at the zenith, four days after his 2-1 success in the clasico against Barça.

"A Anfield without fear", headlines the Madrid daily As on Wednesday, while Marca, Spain's best-selling newspaper, parodies the famous cover of the Beatles' album "Abbey Road", the four singers from Liverpool being replaced by Madrid players, with the title: "Demies Road".

Manchester City have neither Real history nor record, but the English club have the same ambition ahead of Wednesday's return leg in Dortmund, where they move with a short home advantage in the first leg.

The wealthy Citizens have certainly participated in all editions since 2011-2012, but they only reached the semi-finals once, in 2016, a curiosity that they intend to erase in Germany.

They will nevertheless have to contain the great prodigy Erling Haaland, top scorer in the current edition with a gigantic total of 10 goals in 7 games.

The 20-year-old Norwegian also has an anomaly to correct: mute in the first leg, he has so far scored against every opponent he has encountered in C1.

On the lawn of City, against the former club of his father Alf-Inge, the striker was satisfied with an assist to his captain Marco Reus, uncertain Wednesday as well as the boss of the defense Mats Hummels .

"The opponents fear him, he holds the ball well at the forefront, he saves us seconds of possession and that allows us to be dangerous," said his coach Edin Terzic on Tuesday.

Qualifying, "we believe in it, but belief alone will not be enough," noted the man who replaced Lucien Favre during the season.

Faced with the English, he summed up, it will take "hard work and be daring".