The United States is strengthening cyber and space defenses in Europe

The United States is deploying 500 troops in Germany to work with cyber and space defense. This was announced by the new US Secretary of Defense Lloyd Austin when he visited Europe for the first time. 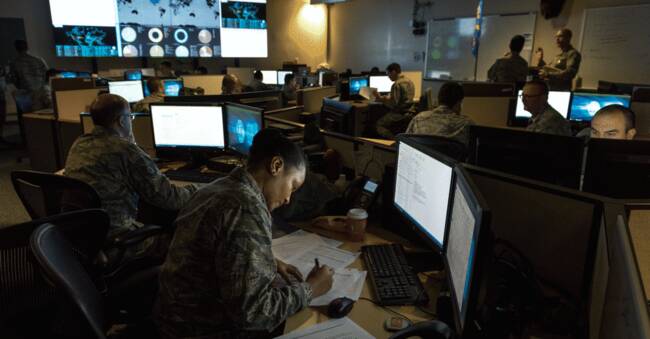 According to the Pentagon, it is a permanent reinforcement with 500 people Wiesbaden in Germany, which is the base for the US Army in Europe.

The new soldiers will primarily work with cyber and space defense to expand the existing capability for electronic warfare and defense of allies, the Pentagon states.

The message is contrary to former President Donald Trump's decision to sharply reduce US military forces in Germany.

In the summer of 2020, Trump's Secretary of Defense announced that more than 12,000 military personnel would be withdrawn from Germany.

They were to be moved to Belgium and the United States.

At that time, just over 30,000 American soldiers were stationed in Germany, which is considerably fewer than during the Cold War.

President Joe Biden also stops Trump's previously decided relocation of the US Army's headquarters in Europe and Africa based in Stuttgart.

Trump felt that the Germans did not contribute enough financially to the NATO military alliance.

Therefore, he wanted to reduce the military presence in Germany.

The background to Biden's new decision is: "Russia's actions in Georgia, its illegal annexation of Crimea by Ukraine, continued harassment of Ukraine and other border nations, its military build - up and its increasing use of cyber - attacks are a concern in Europe."

"This is good news," said German Defense Minister Annegret Kramp-Karrenbauer, who met with the new US Secretary of Defense Lloyd Austin in Berlin on Tuesday.

When Donald Trump took office as president in January 2017, his representative Barack Obama had already decided that the United States would establish its first ever military base in the former Soviet Union.

Just days after Trump took the oath of office, the US base of more than 3,500 troops and nearly 100 tanks was inaugurated in Zagan in western Poland.

These forces rotate between the United States and Europe and have spread to NATO allies bordering Russia.