PCR test, quarantine, vaccine ... Overview of the conditions required to travel to Europe

France announced Tuesday to interrupt its air links with Brazil, where the progression of the P1 variant is out of control. Other European countries had not waited to strengthen the mes… 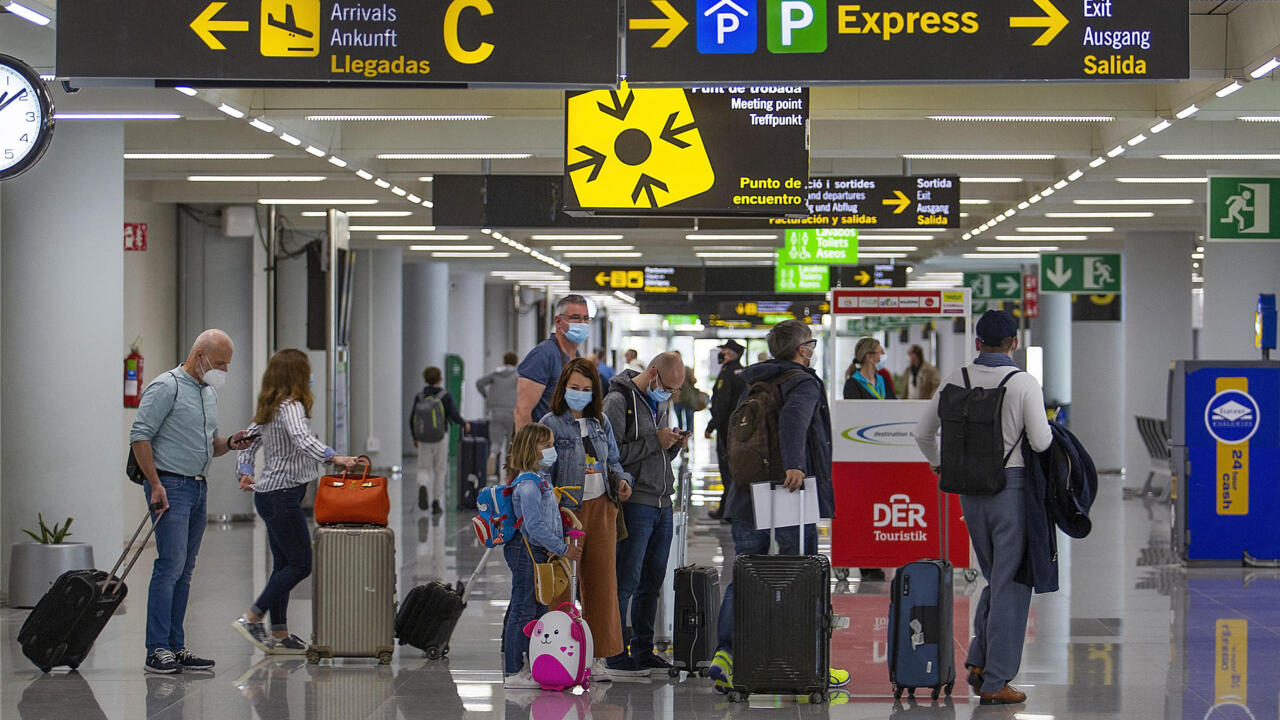 It was an expected announcement.

Tuesday, April 13, Prime Minister Jean Castex formalized the suspension "until further notice" of all flights between Brazil and France due to concerns around the Brazilian variant of Covid-19.

The health situation has, in fact, continued to worsen in Brazil since February due to the emergence of a local variant of the virus, called P1, considered to be more contagious and more deadly, but still very much in the minority in France. (around 4% of new contaminations).

Faced with the spread of this variant, EU countries have not adopted the same policies regarding travel restrictions.

Indeed, some have chosen to adopt their own national classification of countries at risk, such as France, Finland, Italy and Portugal, while others are based on the common map drawn up by the EU.

"The decision whether or not to introduce restrictions on free movement in order to protect public health remains the responsibility of the Member States. However, these restrictions must respect the principles of proportionality and non-discrimination provided for in the EU Treaties. EU ", specifies the European Council, which however ensures to work on a" step-by-step approach to ensure increased coordination ".

Currently, different rules are therefore in force to be able to enter each member country.

Concerned about the circulation of Covid-19 variants on European territory, countries are prohibiting the entry of travelers from the United Kingdom, South Africa or Brazil.

With a few exceptions, Italy does not allow travelers who have visited or transited through Brazil within 14 days of entry.

Austria, for its part, has implemented a "landing ban for all flights from South Africa and Brazil".

Portugal and Germany have introduced a 14-day quarantine for travelers from the Latin American economic giant.

A rule extended in Germany to passengers from South Africa, where a more contagious variant has also emerged.

In Spain, a quarantine is also not necessary, except for certain nationals, in particular of Brazil, South Africa and Botswana.

>> To see: "Tourism and Covid: the paradoxes of Spain"

Some European countries claim a "compelling reason" as proof for going to their soil.

This is the case of France, which imposes this rule on travelers coming from outside the Schengen area (with the exception of those coming from Australia, Israel, Japan, New Zealand, Singapore, South Korea and the United Kingdom).

However, there are exceptions, in particular for French nationals, certain workers in the transport sector or health professionals.

The Belgians prohibit "all non-essential travel to and from Belgium".

"Travelers must complete, sign and carry with them a declaration indicating the essential reason for their trip", specifies the Belgian Ministry of Foreign Affairs.

And to continue: "Anyone who stays longer than 48 hours in a red zone (currently, most of Europe) will be considered a high risk contact."

Denmark follows this line, but to a lesser extent.

The country asks "foreigners who are not habitually resident or who do not hold a valid residence permit" to present a valid reason for entering Danish soil, such as a business trip.

Most European countries require a negative Covid-19 test to enter their soil.

France, for example, requires all travelers to present a negative PCR test before departure.

This is also the case for Germany, Portugal and Ireland.

But depending on the country, some travelers may be exempt from the test.

For example, Cyprus requires a negative test of less than 72 hours for travelers coming from countries classified in the red (Belgium, France or Italy) and orange (China, Portugal or Israel) categories.

On the other hand, those coming from countries of "green box", like Australia, Thailand or Singapore, can go to the island without presenting a negative test.

In addition, the time to be observed between the completion of the test and arrival in the territory varies between member countries.

To enter Germany, it is mandatory to present a negative test carried out within 48 hours of arrival while this deadline is set at 72 hours to travel to France.

Other countries require a second test after arrival, such as France, Estonia or Italy.

In accordance with European Union recommendations, most member countries impose a quarantine on travelers entering their soil.

The length of this isolation period may vary depending on the country and the people concerned.

For example, in Italy, it is set at five days for travelers from EU Member States and countries in the Schengen area, but increases to 14 days for all other travelers.

Sometimes quarantine is only advisable.

Finland recommends "a self-isolation period of 14 days for travelers from countries with high incidence".

France, for its part, imposes isolation on travelers who have symptoms of Covid-19 and on those who, upon their arrival on French soil, cannot present a negative test carried out in the country of departure.

In Europe, the Brazilian and South African variants are of concern to doctors and scientists, especially because of their greater resistance to existing vaccines against Covid-19.

But some European countries are however flexible vis-à-vis those vaccinated, knowing that around 15% of the European population has received at least one dose of vaccine against Covid-19.

Thus, Croatia exempts from isolation and screening travelers who can present a vaccination certificate attesting to a second injection given more than 14 days previously.

In an effort to harmonize European policies, the European Commission unveiled on March 17 its draft certificate aimed at making it easier, for people who have been vaccinated in particular, to travel within the EU this summer.

But this common passport arouses the reluctance of certain States, faced with the risk of discrimination against the unvaccinated.

In the meantime, the various member countries are continuing to put in place measures in dispersed order.