C1: Neymar, square posts and last square Paris (AFP) He found a post, the bar, Manuel Neuer ... but Neymar, unhappy, was able to overcome his failures and the pressure from Bayern Munich, to qualify with Paris SG for the semi-finals of the Champions League on Tuesday . Damn poles! The Brazilian has revisited the myth of the 1976 final lost by Saint-Etienne to the German club, touching twice the amounts. But the N.10 rewrote the end in 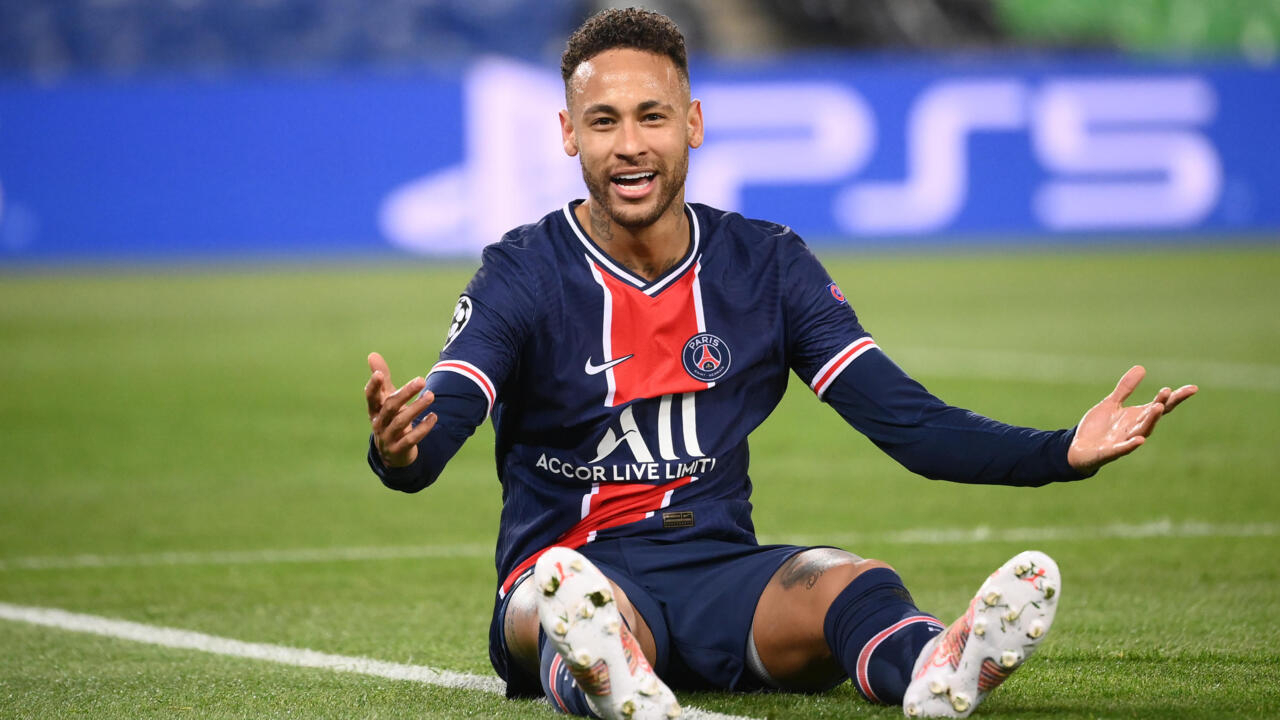 He found a post, the bar, Manuel Neuer ... but Neymar, unhappy, was able to overcome his failures and the pressure from Bayern Munich, to qualify with Paris SG for the semi-finals of the Champions League on Tuesday .

The Brazilian has revisited the myth of the 1976 final lost by Saint-Etienne to the German club, touching twice the amounts.

But the N.10 rewrote the end in his own way: despite the defeat (1-0), his team eliminated the Bavarian ogre, thanks to the feat achieved in the first leg (3-2), to continue his European adventure.

Author of two assists at the Allianz Arena, "Ney" was not so decisive on the lawn of the Parc des Princes where, however, PSG remained in 24 consecutive C1 matches with at least one goal.

His enormous ineffectiveness, in view of the great opportunities he spoiled, made hover until the final whistle a shiver around in the stadium behind closed doors.

His multiple missed qualifying balls would have been blamed if Bayern had scored this second goal synonymous with last four for him.

But like his team, not necessarily brilliant this season but who are doing it every time, he left the pitch with a big smile, and his legs very tired.

The final in Istanbul, the club's goal, remains in sight, and Neymar will have another opportunity to shine in the semi-finals, against Manchester City or Dortmund.

The Brazilian likes these kinds of matches.

Then there was the title in the wake, the only C1 on his record.

Neymar, who is negotiating to extend his contract expiring in 2022, dreams of this outcome with Paris.

However, he was close to taking the door on Tuesday.

With his accomplice Mbappé, "Ney" tried to extend the fireworks display that supporters had lit outside the stadium at the very start of the match on the pitch.

His first firecrackers, with a dribble to erase Joshua Kimmich on his first ball (2nd), set the tone for the controlled start of the match for the Parisians, serene.

The ensuing festival, in the middle of the first period, shook the defense of the "Rekordmeister" like never before during this double confrontation.

It took the decisive interventions of goalkeeper Neuer, in firefighter mode, and the help of a post and the crossbar to stop Neymar, on fire.

Served by Mbappé, the former Santos lost a first duel (29th) against the doorman, then a second (34th), after having deceived Lucas Hernandez by his passing of legs.

Three minutes later, it was the bar that pushed back his superb curled shot (37th), then the post (39th), while Neuer was beaten each time.

On the cons that followed, Eric Maxim Choupo-Moting opened the scoring on the first dangerous opportunity of the Bavarians (40th) ...

After the break, "Ney" tries again, throws himself full length to take a center back from Di Maria, but it lacks a few centimeters to push the ball into the empty cage (47th).

The final bouquet therefore did not give anything ... The last half hour, choppy, nervous, lent itself less to flashes, and Neymar adopted a more managerial register.

His ability to keep the ball under pressure turned the heads of the Bavarian defenders, who made a lot of mistakes.

The N.10 has tried to exploit the rare spaces, but when he finds one, to shift Moise Kean, the Italian shoots well above (77th).

At the end of the match, he found himself alone against Neuer, again, but the keeper managed a classy tackle to get the ball off his feet before shooting.