C1: Liverpool-Real, the vanished magic of Anfield against the sorcerer Zidane - France 24

C1: Liverpool-Real, the vanished magic of Anfield against the sorcerer Zidane Madrid (AFP) Defeated 3-1 in the first leg, Liverpool hope to keep a little magic in their legendary Anfield stadium, even without supporters, to prevent the magician Zinédine Zidane on Wednesday (9 p.m.) from hoisting his Real Madrid in the semi-finals of the League champions for the fourth time in five appearances. Is Anfield still so formidable without the chorus of his loud "Kop"? The black 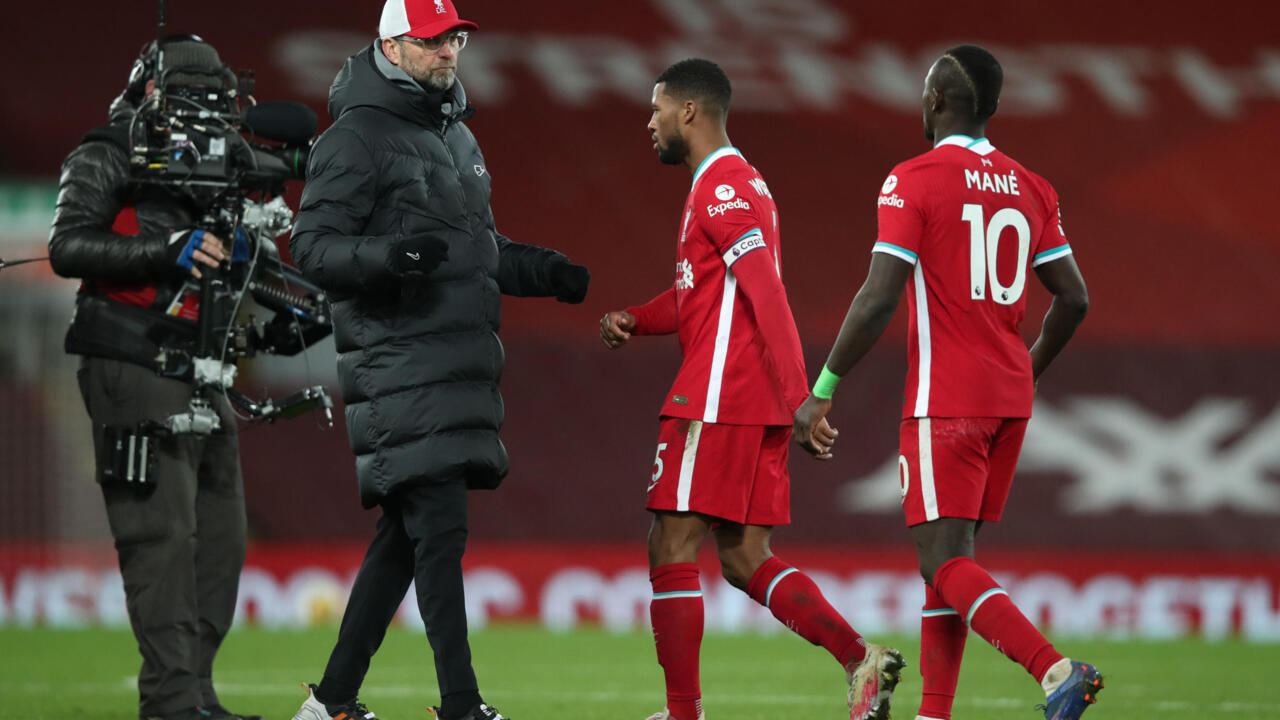 Defeated 3-1 in the first leg, Liverpool hope to keep a little magic in their legendary Anfield stadium, even without supporters, to prevent the magician Zinédine Zidane on Wednesday (9 p.m.) from hoisting his Real Madrid in the semi-finals of the League champions for the fourth time in five appearances.

Is Anfield still so formidable without the chorus of his loud "Kop"?

The black series that Liverpool experienced at home in 2021 seems to offer a clear answer before this second round behind closed doors, where the winner of the 2019 C1 challenges the European champion team the three previous years (2016-2018).

Before this shock, Reds coach Jürgen Klopp recalled the weight of Anfield in the semi-final of the 2019 edition, when Liverpool, pushed by their home crowd, overthrew Barcelona in the second leg (0-3, 4 -0).

"The atmosphere in the stadium was 80% (of the result). This time we won't get that, so I don't know if we can do it again. But we'll try. At least Anfield is a real stadium. ", launched Klopp, criticizing in passing the temporary enclosure of Real Madrid, which evolves in the small Alfredo-Di-Stéfano stadium while awaiting the overhaul of the Santiago-Bernabeu.

Anfield may be a real stadium, but it has been a fortress open to the four winds for a long time: Atlético Madrid came here to seek its qualification in the round of 16 last season, and this season Atalanta has surprised the Reds (0-2) in pool.

It was enough for the modest Burnley (0-1) to interrupt a series of 68 league games unbeaten at Anfield for, suddenly, this ground becomes cursed.

Brighton, Manchester City, neighbor Everton, Chelsea and Fulham then came to impose themselves.

The black series at home ended Sunday against Aston Villa (2-1), the Reds' first success at home in 2021. But in a season rotten by injuries where the Reds never seemed able to keep their national title, the absence of the boiling atmosphere of "Kop" was sorely felt.

Communication strategy or overwhelming franchise, Klopp also insisted a lot on these stadium issues during the first leg, causing a controversy in Spain when he described the Alfredo-Di-Stéfano stadium as a "training ground". , a small rural enclosure built among the club's facilities in Valdebebas, on the outskirts of Madrid, and where the merengue reserve normally operates.

"No one is more penalized than Real Madrid themselves for playing at Valdebebas," rebounded former player and club sporting director Jorge Valdano in a column published by the daily El Pais on Saturday.

And, even far from the Bernabeu, Real Madrid offered a collective recital in the first leg, with a double from Vinicius, allowing Zidane to defeat Klopp again, as in the final of the 2018 Champions League in Kiev (3-1 ).

"Florentino is back on ... and Zidane dreams of Anfield", headlined the Madrid sports daily As Tuesday, while President Merengue has just been re-elected without opposition.

At the end of an epic week, between the success against Liverpool and that in the clasico against Barça (2-1), the sorcerer Zidane is about to hoist his team again in the last four of the C1.

And yet, this season, fate is not in his favor: "Zizou", already deprived of his captain Sergio Ramos (affected in the left calf and positive for Covid-19), of Raphaël Varane (Covid-19), of Dani Carvajal (right thigh) and expensive rookie Eden Hazard (right groin), will have to tinker with a defensive curtain without Lucas Vazquez (knee).

"We're at the limit physically. But it's football," Zidane said.

"We want to fight, to continue, and that's what we will do until the end. And not without difficulties ..."

At Anfield, Zidane can however count on his wall Thibaut Courtois: the Belgian goalkeeper has lost only one of his nine encounters against Liverpool in his career, and has never conceded more than one goal at Anfield. while the "Reds" need at least two units to snatch their qualification.