C1: City to exorcise the past, Haaland to project itself into the future - France 24

C1: City to exorcise the past, Haaland to project into the future London (AFP) Winner in the first quarter (2-1), Manchester City can dream of finally finding the last four: the English giant hopes to force the door of the semi-finals of the Champions League on Wednesday (9 p.m.) against the Dortmund of the colossus Erling Haaland, who plays part of his future. After three consecutive failures in the quarterfinals, Pep Guardiola's team would like to ward off i 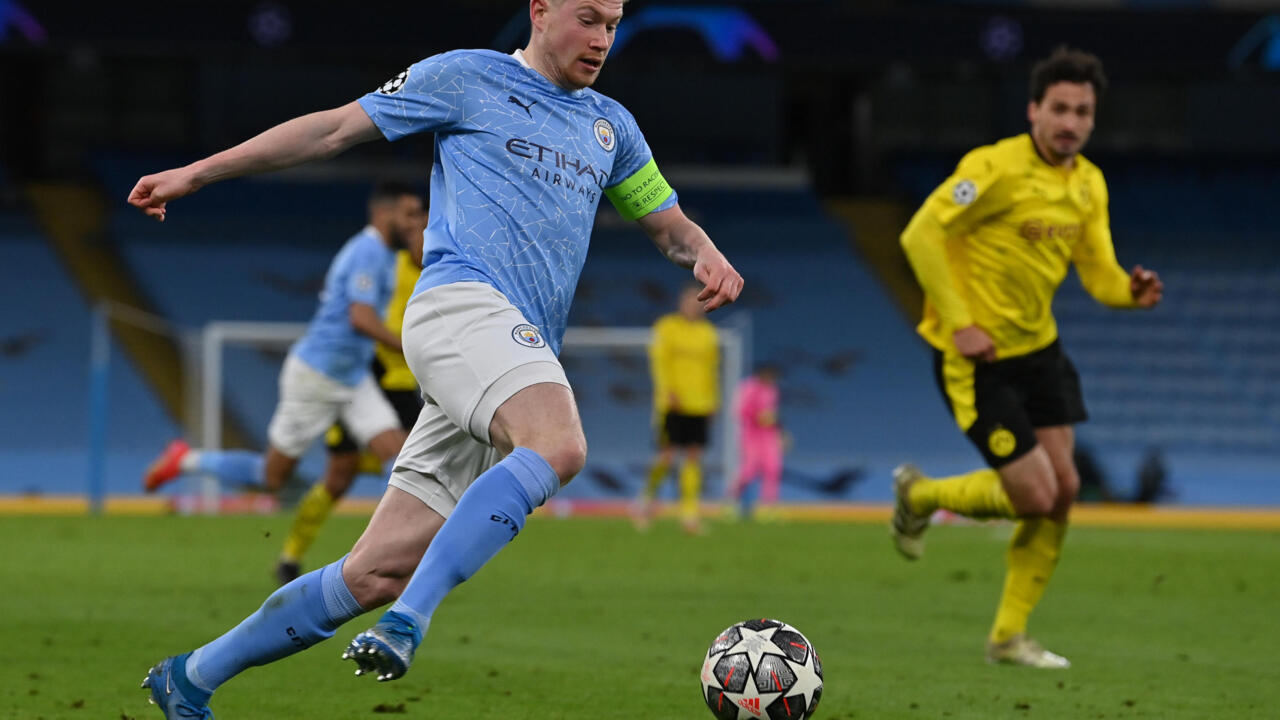 Winner in the first quarter (2-1), Manchester City can dream of finally finding the last four: the English giant hopes to force the door of the semi-finals of the Champions League on Wednesday (9 p.m.) against the Dortmund of the colossus Erling Haaland, who plays part of his future.

After three consecutive failures in the quarterfinals, Pep Guardiola's team would like to ward off its old demons and get closer to the Grail, a European coronation for which its Emirati owners have invested heavily.

But on his way stands Haaland: a kid of only 20 years old, coveted by all of Europe, author of already ten goals in this C1 and able to play a bad trick at the club where played his father Alf-Inge (2000- 2003).

Liar poker is already in full swing around the future of the Norwegian striker, between the very firm position of Borussia Dortmund, on the one hand, and on the other the tour of his clan in Spain and England to find him a possible point of fall this summer.

"I can confirm that I went to Dortmund to discuss. Michael Zorc (BVB sporting director) made it clear to us that the BVB did not want to sell Erling Haaland this summer," said his agent Mino Raiola, on the German site Sport1, Monday.

"I respect this opinion, which does not automatically mean that I share it", however added the very powerful agent, assuring however that there was "no war between us and the BVB, absolutely not".

A few days earlier, however, with Alf-Inge Haaland, they had gone to listen carefully to the speeches of favorite clubs to recruit the 20-year-old nugget: Real and Barcelona in Spain, Chelsea, Liverpool and ... Manchester City in England.

Placed a few days before the first leg, this visit and its timing had caused a lot of talk.

The fact that Haaland has been silent since in 6 appearances, either with Norway or Dortmund, despite 2 assists, including that of Marco Reus' goal in Manchester last week, also doesn't help lighten the mood. around the player.

And this, especially since the place of the Ruhr club in the Champions League next season is more than threatened: the BVB is in 5th place in the Bundesliga, seven lengths from the fourth and last qualifying place for the C1 .

Without the prestige and millions of euros of the main European competition, Haaland, but perhaps also Jadon Sancho or others, could more easily be tempted to give in to foreign sirens.

"I did not notice anything, we never talked about it," assured his coach Edin Terzic on Tuesday, questioned whether the player was distracted by his future.

Getting back on track on Wednesday would at least allow Erling Haaland to refocus the debate on the pitch while contributing a little more to his aura.

He will also be the main danger for City who had muzzled him rather well in the first leg.

- City dreams of a quadruplet -

Still, the pressure will be very strong for the English, dominating during the first round but without making the hole.

Used to repeated disillusions under Pep Guardiola - eliminations in the eighth in 2016-2017 and in the quarter for the last three years - the Citizens seemed however largely favored in this confrontation, even for the final victory.

Authors this season of a series of 21 consecutive successes, a record for an English club, and with a third title of champion of England in four years which seems almost certain, the Sky Blues enter the "money time" of their season .

After Dortmund, they will play an FA Cup semi-final against Chelsea and in ten days the League Cup final against Tottenham.

In this space of time, their dream of a historic quadruplet may as well vanish as it may take on more substance.

But by leaving Ruben Dias, Ilkay Gündogan, Kevin De Bruyne, Riyad Mahrez or Phil Foden to rest this weekend against Leeds, with a 2-1 defeat, the message is clear: this time, City is betting big on the 'Europe!