Zero number on Monday evening: Leverkusen messes up in the European race

The 28th Bundesliga matchday ended with the last Monday evening game. The duel between TSG 1899 Hoffenheim and Bayer Leverkusen was not for football connoisseurs. 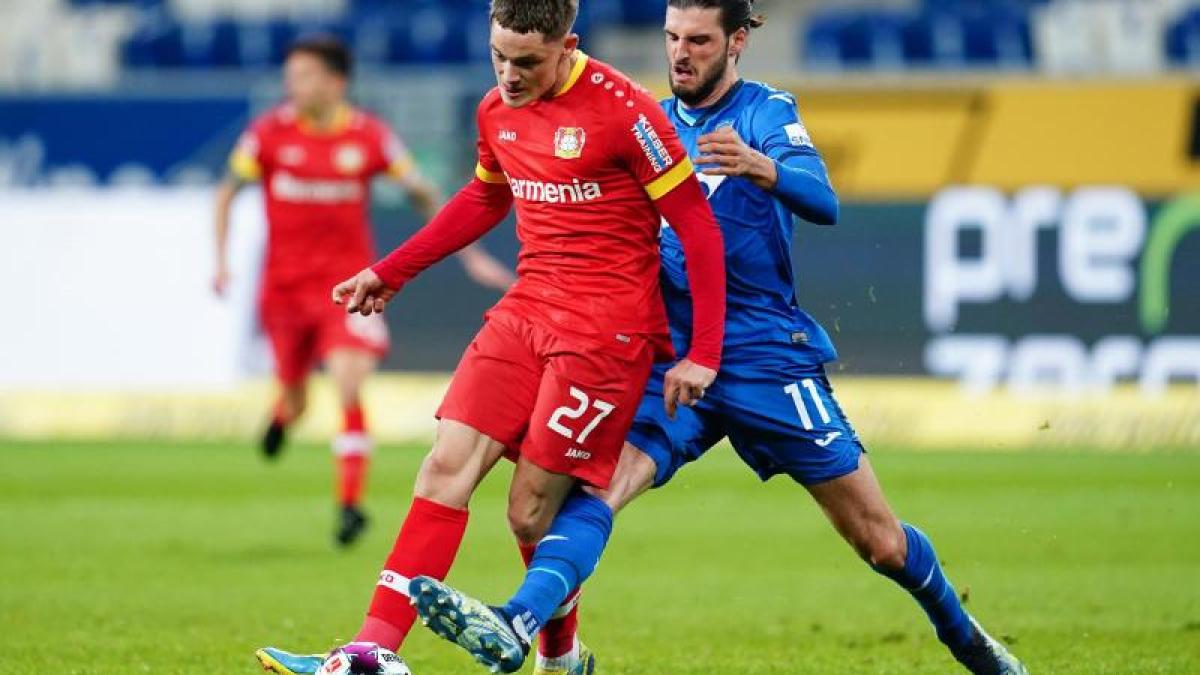 Sinsheim (AP) - Bayer Leverkusen has awarded an important victory in the fight for Europe and thus a dream start for coach Hannes Wolf.

At the end of the 28th Bundesliga matchday, the Werkself couldn't get past a low-point 0-0 at TSG 1899 Hoffenheim and are sixth, two points behind Borussia Dortmund.

The longed-for return to the Champions League should finally be off the table for Bayer after losing points in the last Bundesliga Monday game for the time being before the abolition in the summer.

Coach Wolf had won his start with 2-1 against FC Schalke 04.

Hoffenheim and the more and more criticized head coach Sebastian Hoeneß prevented the fourth league defeat in a row, but have to improve significantly in the end of the season in order not to end up in the relegation battle.

The offensive performances of both teams - but especially that of the hosts - were on a very poor level.

Shortly before the game at DAZN, Hoeneß had announced with confidence: "We want to be active."

His team, however, started passively and defensively - and didn't make it out of harmlessness and lethargy until the final whistle.

After the most recent defeats (2-0 in Stuttgart, 2-1 against Mainz, 2-1 in Augsburg), only one nominal striker started in Ihlas Bebou.

But even the forced early acceptance of the Croatian World Cup runner-up Kramaric did not change the dreary picture.

Hoeneß showed himself to be more active and committed than his players, verbally addressing the assistant referee in one scene (“Clearly offside! Not up to par, my friend”).

On the lawn, the Hoffenheim team looked rather uninspired.

Occasional steep passes to the front too often ended in nowhere.

In the best and only half chance of the first half, Christoph Baumgartner missed a cross from Pavel Kaderabek (30th) from a promising position.

With the substitution of Kramaric (38th) Hoeneß reacted to the injury of national player Sebastian Rudy, but of course also tried to liven up the offensive.

Overall, however, the hosts remained too pale and made too many mistakes.

According to the data service provider Opta, not a single shot on goal in the first half had previously occurred in Hoffenheim's Bundesliga history: in April 2010 against Borussia Dortmund.

The slightly better of two erratic teams were Leverkusen, who at least got a few opportunities.

First the “basics” are on, then “the playfulness comes on top”, as Bayer coach Hannes Wolf, who was initially on loan from the DFB until the end of the season, put it.

But even after an hour there wasn't too much as a playful icing on the cake.

Peter Bosz's successor Wolf had won his first game for Bayer against bottom of the table, FC Schalke 04, but Diaby was unable to take advantage of the next opportunity to take the lead (57th).

Wendell's shot was no problem for Baumann (72nd).

Substitute Leon Bailey checked the Hoffenheim goalkeeper with a deflected shot in stoppage time, but Baumann reacted and ensured that it remained in the goalless draw on Monday evening.

Direct comparison of the teams