Natanz incident ... Moscow confirms that the attack will not harm "Iran nuclear" talks, and Israel is heading to investigate the leaks.

Russia said that attacking the Iranian facility, Natanz, would not affect the discussions on the Iranian nuclear file, while the Israeli Defense Minister requested an investigation into media leaks that stated that the Mossad was behind this attack. 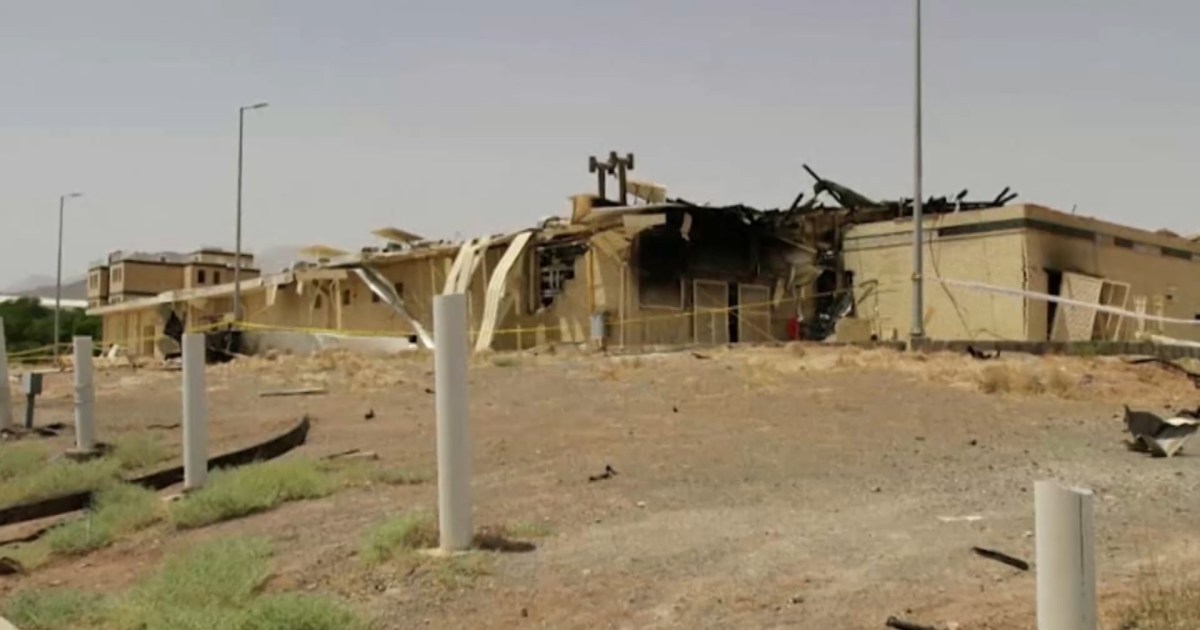 Russian Deputy Foreign Minister Sergey Ryabkov said that negotiations on the Iranian nuclear deal are moving forward, and there is no need to worry about the background of the attack on the Natanz facility (in central Iran), which is designated for uranium enrichment, and the Russian official added in press statements that the problem of sanctions against Tehran, and the issues related to the return Iran to fulfill its obligations under the nuclear deal;

List within the ongoing work, and there is no need to give a dramatic character, as he put it.

Ryabkov explained that these issues were expected and discussed on various grounds in the preparatory phase for the start of the meeting in Vienna.

The American New York Times reported that American and Israeli officials confirmed the role of Israel in the Natanz facility incident, which was subjected to a cyber attack yesterday that disrupted the distribution of the electricity network, while local Iranian media reported that the identity of the person responsible has been identified. the incident.

• The attack the last time was on the Internet only

• The source of the attack is unknown, but it is believed that its source is Israel 🇮🇱 pic.twitter.com/HFgHm911tw

The European Union renewed its call not to undermine the Vienna negotiations and diplomatic efforts to return the United States to the nuclear deal, and EU spokesman Peter Stano said regarding the Natanz facility attack, "The circumstances of this incident must be clarified immediately and in depth. Discussions on the nuclear agreement with Iran are proceeding in full swing." It aims to return this agreement on its right track, and we categorically reject all attempts to undermine it. "

On the other hand, the Israeli Defense Minister said that he requested the attorney general to open an investigation into the media leaks and violated the Israeli blackout policy related to targeting the Iranian nuclear facility. The Israeli minister described what he called the "leakage scandal" as dangerous, adding that it harms Israel's security and interests.

Yesterday, the Israeli Radio quoted intelligence sources as saying that the External Security Agency (Mossad) carried out an electronic attack targeting the Natanz facility, and that the damage to the facility was large and touched centrifuges.

The sources added that estimates indicate that the damage will undermine Iran's capabilities to enrich uranium, and that the timing of the operation was not coincidental.

🚨 Israeli Channel 13: The attack on the Natanz nuclear facility in # Iran was with explosives buried at the site and not a cyberattack pic.twitter.com/eSbbFI7bj4

The timing of the attack

The attack on the Natanz nuclear facility in Isfahan came just one day after the operation of new advanced centrifuges to enrich uranium at a higher rate than allowed by the nuclear agreement signed between Iran and the major powers in 2015.

On Monday, Iranian Foreign Minister Mohammad Javad Zarif held Israel responsible for the sabotage act that had befallen the Natanz facility, promising Tel Aviv to retaliate for its practices. Weed.

In the message, Zarif said that the deliberate targeting of a nuclear facility and the resulting radioactive contamination is considered nuclear terrorism and a war crime, as he put it.

The New York Times quoted officials familiar with the matter as saying that the power grid failure at the Natanz facility was caused by an explosion targeting the electricity supply to thousands of underground centrifuges, which make up the main Iranian enrichment program, and the newspaper stated that Israeli and American officials refused to disclose whether the US administration had Notified of the attack in advance.

Israeli and American officials also refused to disclose whether the timing of the attack had been set to coincide with the visit of US Defense Secretary Lloyd Aston to Israel, while the American Wall Street Journal - quoting an informed source - reported that senior officials in the President’s administration American Joe Biden did not receive any advance notice of the attack.

White House spokeswoman Jane Saki said - in a press conference on Monday - that the United States was not involved in the attack on the Iranian nuclear facility.

US Secretary of State Anthony Blinken said he was aware of the reports on the Iranian Natanz facility incident and refused to comment on them, and Blinken confirmed that diplomatic efforts would continue with Iran on the nuclear deal.

It should be noted that Israel opposes the Biden administration's efforts to revive the Iran nuclear deal, from which Washington withdrew 3 years ago during the term of former US President Donald Trump.