Mauro Romano, who died in Puglia in '77. The mother: "It's Sheikh Al Habtoor"

The family recognized two scars. DNA testing will be needed, which the Emir has so far refused. Romano's family, however, intend to go to Dubai in person to have the examination carried out through the intercession of the consular authorities. 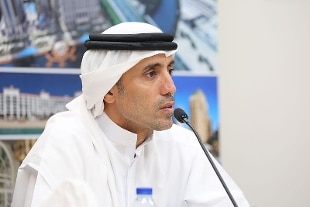 The mother of Mauro Romano, the child kidnapped in Salento in 1977 when he was only six years old, today hopes that her son could be Sheikh Mohammed Al Habtoor, 52, son of the magnate Khalaf Al Habtoor.

"I hope it's him - Colaianni tells the Ansa Bianca - because it would mean that he is still alive and that no one has ever killed him".

The woman, according to an article in the Corriere della Sera, recognized her son in a photo of the sheikh thanks to "two scars: one on the eyebrow, the other on the right hand, which she obtained with an iron", he says. the woman.

To be sure that it is him, it will be necessary to examine the DNA which - according to what the newspaper reports - so far the emir has refused.

Romano's family, however, intend to go to Dubai in person to have the examination carried out through the intercession of the consular authorities.

The parents have never stopped looking for Mauro since the day of his disappearance in Racale (Lecce), on 21 June 1977. Thanks to their tenacity, the investigations continued and led to the alleged kidnapper, a 79-year-old former barber: yes it is about a family friend whom Mauro called 'uncle' and who on the day of his disappearance, according to the prosecutor's office, made Mauro get on his Apecar and took him to his summer home to play with his son.

This, according to the prosecution, pending delivery to two individuals, unknown to date, who then took him by force, making all traces of him disappear.