A curfew was declared on Monday in Minneapolis after the clashes that followed the death of a young African-American, Daunte Wright, killed the day before by the police during a traffic stop. The president ... 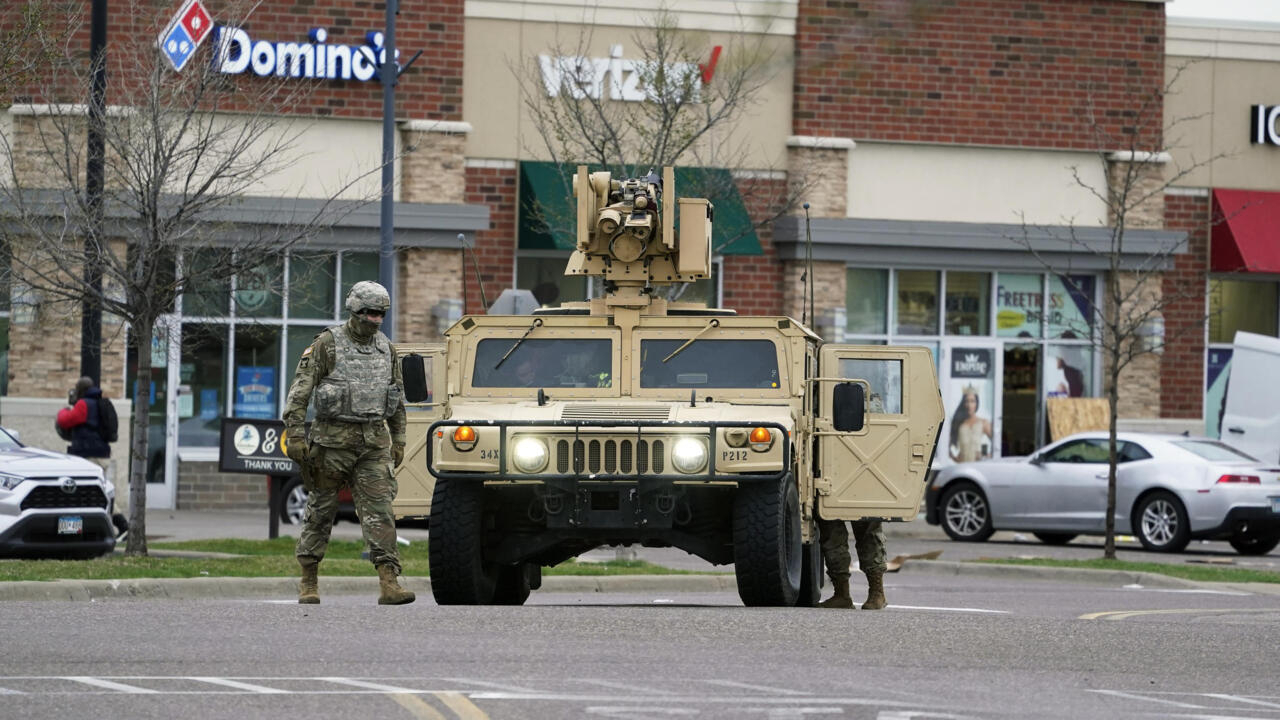 The mayor of Minneapolis said law enforcement and the Minnesota National Guard would be deployed in numbers to the city.

A curfew was declared on Monday in Minneapolis after the clashes that followed the death of a young African-American, Daunte Wright, killed the day before by the police during a traffic stop.

US President Joe Biden lamented a “tragic” death while calling on protesters to remain “peaceful”.

What happened is really tragic, but I think we have to wait and see what the investigation tells us

the scuffles that followed the death of Daunte Wright

at Brooklyn Center , a suburb of Minneapolis.

In the meantime, I want to say it again clearly: there is absolutely no justification, none, for the looting,

The peaceful protests are understandable,

" said the Democratic president from the White House.

And the point is, we know that the anger, the pain, the suffering that exists in black people in this context, is real, serious and important

But that does not justify the violence,

It will also be in effect in St-Paul, the twin city of Minneapolis, and in the three counties of the agglomeration, specified the mayor of St-Paul and the governor of Minnesota.

Law enforcement and the Minnesota National Guard will be deployed in numbers, said Jacob Frey.

According to authorities, around 500 National Guard soldiers are already there.

On Sunday evening, several hundred demonstrators gathered in front of the Brooklyn Center police station to protest the death of Daunte Wright, killed by a policewoman during a traffic stop.

Clashes between protesters and the police, and around 20 shops were looted, according to local authorities who arrested around 30 people.

"An accidental shooting", according to the police

During a press briefing on Monday, Brooklyn Center Police Chief Tim Gannon explained that the policewoman shot Daunte Wright believing she was using her Taser, an electric pulse pistol.

It was accidental shooting that resulted in the tragic death of Mr. Wright,

According to Tim Gannon, Daunte Wright's vehicle, which was traveling with his girlfriend, was stopped because the validity of its license plates had expired.

Officers then noticed that something was hanging from his interior rearview mirror, which is illegal in this state.

They then realized that the young man was also the subject of an arrest warrant and tried to arrest him.

According to video footage released Monday by police, Daunte Wright is about to be handcuffed when he abruptly gets back into his car and tries to extricate himself from the pressure of an officer.

A policewoman, who has a gun in her hand, then shoots the young man, who manages to escape.

The car continued to roll for a few hundred meters before colliding with another vehicle.

The new death comes as the trial of Derek Chauvin, the white police officer accused of the murder of George Floyd last May, is taking place in Minneapolis.

The death of the 40-year-old African-American led to riots in several American cities and historic protests against racism in the United States and around the world.

The North American Basketball League (NBA) has announced the postponement of the meeting scheduled for Monday night between the Minnesota Timberwolves and the Brooklyn Nets.

A few minutes earlier, the Minnesota Twins baseball team announced the postponement of its game against the Boston Red Sox.

NBA, Timberwolves and Twins each concluded their press release by offering their "

condolences to the family of Daunte Wright