The ocean is crying! Japan's nuclear waste water entering the sea may cause cancer and damage human DNA

China News Service, April 13 reported that the Japanese government held a cabinet meeting on the 13th to formally decide that the nuclear sewage from the Fukushima Daiichi Nuclear Power Plant will be discharged into the sea after being filtered and diluted. This move triggered strong opposition and protests from many parties. Environmental protection organizations point out that once nuclear was 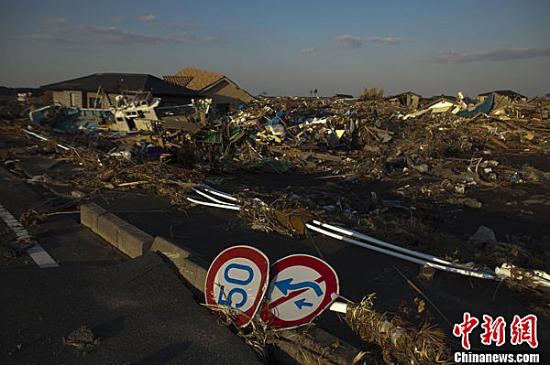 China News Service, April 13 reported that the Japanese government held a cabinet meeting on the 13th to formally decide that the nuclear sewage from the Fukushima Daiichi Nuclear Power Plant will be discharged into the sea after being filtered and diluted.

This move triggered strong opposition and protests from many parties.

Environmental protection organizations point out that once nuclear waste water enters the sea, it may cause "thousands of years of harm", and even cause cancer and damage human DNA.

On April 12, 2011, a desolate scene in the isolation zone about 6 kilometers away from the nuclear power plant in Fukushima, Japan.

On the same day, Japan raised the accident level of the Fukushima Daiichi Nuclear Power Plant to the highest level of 7.

According to Kyodo News, the Japanese government held a relevant cabinet meeting on the 13th to formally decide to discharge the treated water from the Tokyo Electric Power Fukushima Daiichi Nuclear Power Plant into the sea.

The Japan Broadcasting Association (NHK) reported that, specifically, the Japanese government required the Tokyo Electric Power Company, which operates the Fukushima Daiichi Nuclear Power Plant, to set up the necessary equipment and make relevant preparations with the goal of discharging nuclear waste water in two years.

According to the "Central News Agency" report, Japanese Prime Minister Yoshihide Suga stated at the meeting that the disposal of nuclear waste water is an unavoidable issue for waste furnaces. Under the premise of ensuring safety and taking countermeasures against negative perceptions, discharge into the sea is the most realistic judgment.

It was also decided at the meeting that the Fukushima local government and agricultural and fishery industries will strengthen monitoring of the tritium concentration before and after nuclear waste water discharge, and use the United Nations International Atomic Energy Agency (IAEA) to release objective and relevant information to avoid negative perceptions.

On February 21, 2019, Japan touched the fuel debris of the Fukushima nuclear accident for the first time.

However, for objects that cannot be clamped at present, further research and development of related equipment is needed.

Japanese nuclear wastewater may cause cancer and damage DNA

The Hong Kong "Ta Kung Pao" pointed out that although the Japanese government has repeatedly emphasized the safety of nuclear waste water discharged, Tokyo Electric Power Company, which is responsible for the operation of nuclear power plants, once said that nuclear waste water has been filtered, leaving tritium.

However, according to the Woods Hole Oceanographic Institute in the United States in 2019, nuclear waste water still contains radioactive elements such as iodine-129, strontium-90, ruthenium-106, and carbon-14.

Among them, iodine-129 can cause thyroid cancer, and strontium-90 is included in the WHO's list of carcinogens, which can easily cause leukemia.

The environmental protection organization "Greenpeace" issued a report in October 2020 also pointed out that the high content of the radioactive isotope carbon-14 and other radioactive substances in the Fukushima nuclear wastewater is quite "dangerous", and there is a potential danger of damaging human DNA.

Bourney, a senior nuclear expert at the German branch of the organization, pointed out that the wastewater stored in Fukushima may contain as much as 63.6GBq (gigabecquerel) of carbon-14, plus other radioactive substances, the harm of these wastewater may be Lasts for thousands of years.

According to calculations from the German Marine Science Research Institute, Fukushima nuclear waste water will spread to most of the Pacific within 57 days from the date of discharge, and the United States and Canada will be affected by nuclear pollution three years later.

On April 12th, local time, outside the prime minister's office in Tokyo, local people held a rally to protest the Japanese government's plan to discharge purified water from the disaster-stricken Fukushima nuclear power plant into the sea.

Strong opposition from many parties

"The ocean, the fish and the earth are crying"

At noon on the 12th, about a hundred ordinary Japanese people gathered in front of the Prime Minister’s residence to oppose the discharge of nuclear waste water into the sea.

They held slogans such as "Don't discharge radioactive sewage into the ocean" and "Don't let sewage pollute the ocean" and demanded the Japanese government and TEPCO to take responsibility.

A large number of people in Fukushima Prefecture also gathered on the streets of Pancheng to protest.

They held up slogans saying "The ocean, the fish, and the earth are crying."

Of the 59 city councils in Fukushima Prefecture, 41 disagreed with the wastewater discharge plan, of which 25 strongly opposed the plan, and 16 asked the government to respond cautiously.

The South Korean Foreign Ministry spokesperson also stated on the 12th that Japan’s move may have direct or indirect impacts on South Korea’s national security and the surrounding environment. Negotiate and decide on the sewage discharge plan of the nuclear power plant.

The South Korean side will continue to increase the detection of radioactive elements, pay close attention to the actions of the Japanese side, and continue to work hand in hand with the International Atomic Energy Agency.

As early as October 2020, when Japan proposed the resolution of nuclear waste water entering the sea, South Korea’s Jeju Island Governor Moto Kiryong once stated that he would file civil and criminal proceedings against the Japanese government in the courts of the two countries, and would also file a lawsuit in the international court.