The world's largest social security network is getting denser and denser   During the new crown pneumonia epidemic, China’s social security system has built a solid protection network for people’s health. In 2020, all localities will promptly include eligible people affected by the epidemic into the scope of guarantees such as subsistence allowances, assistance sharing for extremely poor people 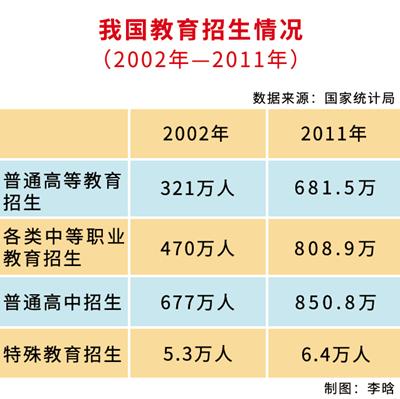 The world's largest social security network is getting denser and denser

During the new crown pneumonia epidemic, China’s social security system has built a solid protection network for people’s health. In 2020, all localities will promptly include eligible people affected by the epidemic into the scope of guarantees such as subsistence allowances, assistance sharing for extremely poor people, and temporary assistance. A total of 148.397 billion yuan in subsidies for people in need was issued. Medical insurance departments in various regions allocated 19.4 billion yuan in special funds to designated hospitals for patients with new coronary pneumonia. The total settlement of medical expenses for patients with new coronary pneumonia throughout the year was 2.84 billion yuan, of which the medical insurance fund paid 1.63 billion yuan.

A social security system with Chinese characteristics designed to guarantee the sense of gain, happiness, and security of all citizens has been initially established.

As early as 1931, the social security system was written as an important social system in the "Outline of the Constitution of the Chinese Soviet Republic". The current "Constitution of the People's Republic of China" Article 14 Paragraph 4 clearly stipulates that the establishment of a country is consistent with the level of economic development. Adapted social security system.

From the people’s livelihood propositions in the early days of the founding of the party to policy practice, from the initial exploration of the social security of the Chinese Soviet Republic to the social security work in the Shaanxi-Gansu-Ningxia Border Region, from the people’s security that united all forces during the War of Resistance Against Japan and the War of Liberation to the labor insurance system in the early days of the founding of the People’s Republic of China. Established, from the active exploration of the modern social security system during the reform and opening-up period to the establishment of the largest social security system in the world in the new era, China’s social security targets under the leadership of the Communist Party of China continue to expand, the security items continue to increase, and the people’s sense of gain and happiness The increasing sense of security and sense of security have truly embodied the original aspiration and goal of the Communist Party of China to wholeheartedly work for the well-being of the people. With 100 years of glorious achievements, it has realized the 100-year dream of the Chinese people.

Xi Heng, vice chairman of the Chinese Society of Social Security and professor of the School of Public Administration of Northwestern University, recently wrote an article evaluating the social security achievements of the party in the past century.

Social security is the basic system arrangement in different periods

On February 26, 1951, the first social insurance regulation "Labor Insurance Regulations of the People's Republic of China" was promulgated after the founding of New China.

In 1999, the State Council promulgated and implemented three administrative regulations, including the Unemployment Insurance Regulations, the Interim Regulations on the Collection of Social Insurance Premiums, and the Urban Residents’ Minimum Living Security Regulations; subsequently, the State Council promulgated the “Work Injury Insurance Regulations” and “Rural Five Guarantees”. Work Regulations, etc. The promulgation of these administrative regulations has provided certain policy norms for my country's social security system, and has also laid the foundation for the realization of my country's social security special legislation.

However, the social security system needs to be implemented in accordance with the law, and only through the construction of the rule of law can the people's social security rights be truly guaranteed.

Lu Quan, secretary-general of the Chinese Society of Social Security and associate professor of Renmin University of China, said in an interview with a reporter from China Youth Daily and China Youth Daily that in the process of building the rule of law in my country’s social security, a major landmark event was March 14, 2004. On Japan, the "Amendment to the Constitution of the People's Republic of China" passed at the second session of the Tenth National People's Congress added a provision: The state establishes and improves a social security system that is compatible with the level of economic development.

"This established the constitutional basis of our country's social security system."

On July 1, 2011, the Social Insurance Law was implemented.

This is the first specialized law in the field of social security in our country. It puts an end to the situation of relying solely on administrative orders and normative documents to guide social security work, and turns social justice from the ideals and beliefs of the Communist Party of China into legal norms.

The 14th National Congress of the Communist Party of China made it clear that the goal of my country’s economic system reform is to establish a socialist market economic system. The “Decision of the Central Committee of the Communist Party of China on Several Issues Concerning the Establishment of a Socialist Market Economic System” adopted by the Third Plenary Session of the 14th Central Committee defines the social security system. It is the maintenance mechanism for the normal operation of the market economy and one of the five pillars of the market economy system.

As a supporting measure for the reform of the market economy and the reform of state-owned enterprises, the social insurance system for urban employees was first established.

In March 1995, the State Council issued the "Notice of the State Council on Deepening the Reform of the Pension Insurance System for Enterprise Employees", proposing the establishment of a pension insurance system that combines personal accounts with social pooling.

In November 2002, the report of the 16th National Congress of the Communist Party of China stated that “where conditions permit, explore the establishment of rural pension, medical insurance and minimum living security systems”.

The exploration of the rural social endowment insurance system has been put on the agenda again.

In September 2009, the State Council issued the "Guiding Opinions of the State Council on the Pilot Program of New Rural Social Endowment Insurance". The "New Rural Insurance" system was introduced, and in the following years of pilot work, it became an endowment insurance system covering most rural elderly people. For the first time in thousands of years, Chinese farmers have a universal pension fund that is borne by the government.

In 2016, the "Opinions on Integrating the Basic Medical Insurance System for Urban and Rural Residents" was released, fully integrating the two systems of basic medical insurance for urban residents and the new rural cooperative medical system, and reimbursement for medical treatment no longer distinguishes urban and rural residents.

The direct settlement of medical treatment across provinces and other places was officially launched, and more and more people are enjoying the convenience of medical insurance.

In November 2016, the International Social Security Association (ISSA) awarded the "Social Security Outstanding Achievement Award" to the Chinese government, praising China for its "unparalleled achievements in the expansion of social security."

Why is it awarded to China?