Pub terraces and hairdressers reopen in UK after confined winter

The English will be able to reinvest, Monday, the terraces of pubs and hairdressing salons at the end of a long confined winter. The UK now has less than 3,000 cases and less than 50 deaths per day ... 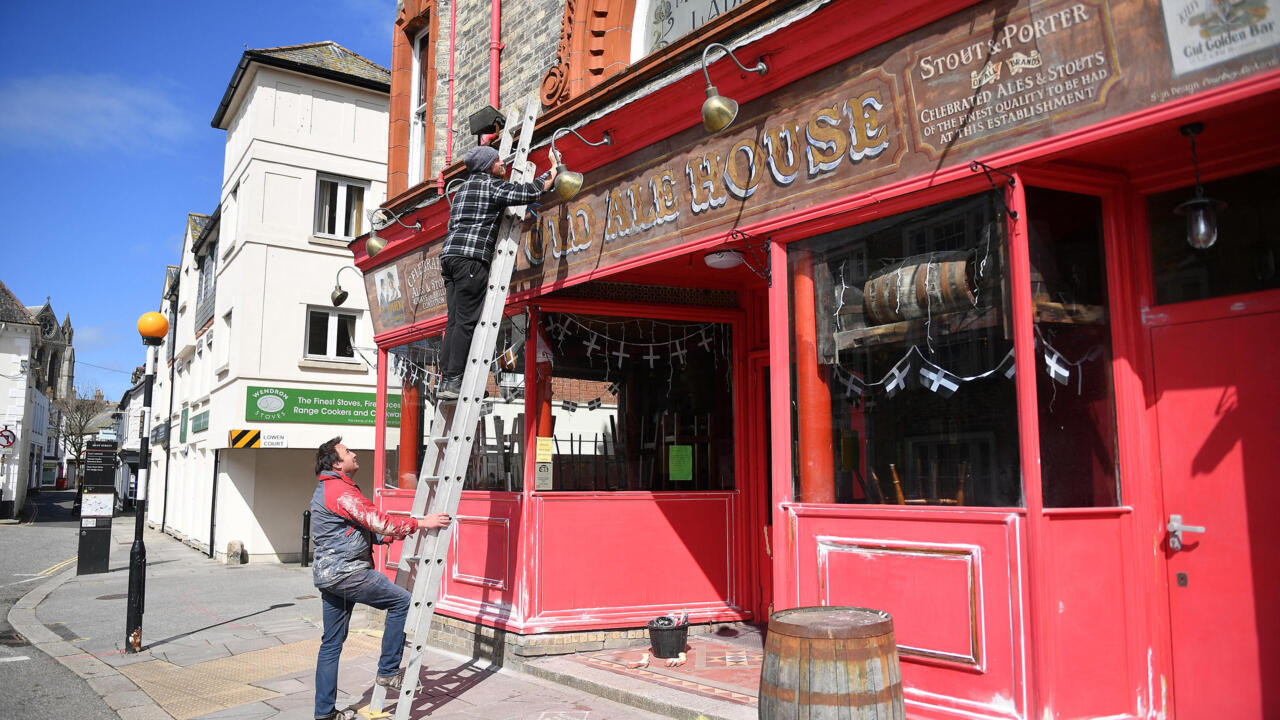 Drink a beer on the terrace, go shopping, go back to the hairdresser: the English regain precious freedoms, Monday, April 12, with the lifting of many restrictions linked to the pandemic which has fallen sharply in the country.

After a long, confined winter, the joy of returning to the terraces of cafes and restaurants is however tarnished by the death of Prince Philip, 99, on Friday, which plunged the United Kingdom into a period of national mourning lasting until the day of his funeral on Saturday.

MPs cut their Easter vacation short for an afternoon of tribute to Queen Elizabeth II's husband on Monday.

And Boris Johnson has postponed the pub visit he had planned to celebrate this reopening.

>> To read: United Kingdom: Prince Philip will be buried on April 17, Harry present without Meghan

Confined for the third time in early January - with regions like London confined from mid-December - the United Kingdom has seen its health situation improve significantly since then.

Fewer than 3,000 patients with Covid-19 are treated in hospitals compared to nearly 40,000 at the peak in January.

This progress, with a vaccination carried out at full speed, now allows a very gradual deconfinement, which takes place according to a different schedule in each of the constituent nations of the United Kingdom, the country most affected in Europe by the pandemic with more than 127,000 deaths.

In England, in addition to the reopening of terraces, non-essential businesses such as clothing stores or beauty salons may reopen on Monday.

On the leisure side, the English can return to sports halls, spas, libraries, take a trip to the zoo and go on vacation in England, as long as they stay with members of the same household.

"I'm sure this will be a huge relief for the owners of businesses that have been closed for so long and for everyone else, this is the opportunity to get back to doing some of the things that we love and have missed", s 'Prime Minister Boris Johnson is delighted in a statement.

It's a much-anticipated boost to the economy, hit hard by the pandemic, even though the British Beer and Pub Association estimates that only 40% of pubs in England have enough outdoor space to reopen.

>> To see: United Kingdom: when nature takes back its rights

The reopening of indoor catering is only planned during the next phase of deconfinement, on May 17, at the same time as the hotels, performance halls and stadium stands, with limited capacities.

Exactly one year ago, Boris Johnson, infected with Covid-19, left the hospital after spending several days there, including three nights in intensive care.

Since then, the country has redoubled its efforts against this disease with a mass vaccination campaign launched in early December with the serums of AstraZeneca / Oxford and Pfizer / BioNTech to which was added that of Moderna last week.

Rules remain strict when it comes to social interactions

Nearly 60% of the population has received a first dose, the majority of those under 50, the authorities expect to offer a first dose to all adults by the end of July.

This goal was maintained despite concerns raised about the possible risks of blood clots linked to the AstraZeneca vaccine, which was ultimately reserved for over 30s as a precaution.

Despite the long-awaited reopening of part of the economy, rules remain strict when it comes to social interactions in England: it is still forbidden to meet other people who do not belong to your household inside.

>> To read: "Happy Monday": the English celebrate their deconfinement

Funerals are limited to 30 participants, rules that have forced the royal family to schedule a small funeral away from the public for Prince Philip.

Travel abroad remains banned at least until May 17, as the government fears the importation of vaccine-resistant variants of the virus.

Green destinations will be exempt from quarantine on return - a test before departure and after arrival will however be required - unlike orange (tests and quarantine at home) and red (arrivals limited to residents, costly quarantine at home). hotel and tests).