Russia: the historic Eliseevskii store, a Tsarist vestige, closes its doors in Moscow

In Moscow, one of the last vestiges of pre-Communist Russia is closing its doors: the large Eliseevskii food store, built in 1902 on the prestigious avenue Tverskaya, has welcomed Dima… 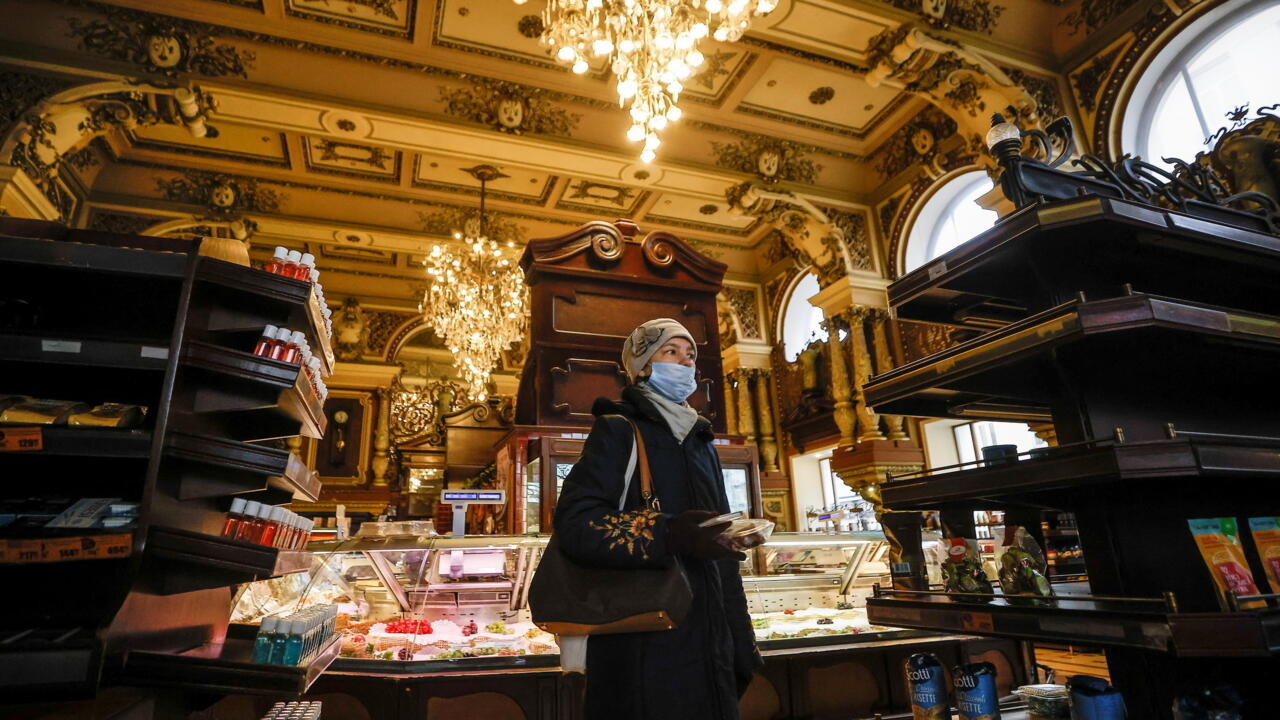 Russia: the historic Eliseevskii store, a Tsarist vestige, closes its doors in Moscow

A Muscovite visits the sumptuous historic Eliseevskii store on April 2, 2021, before it closes permanently on April 11.

In Moscow, one of the last vestiges of pre-Communist Russia is closing its doors: the large Eliseevskii food store, built in 1902 on the prestigious avenue Tverskaya, welcomed on Sunday April 11 its last customers, who came to immortalize it one last time. .

The excitement, dozens of customers and checkouts resonating again: an unusual scene in recent weeks at the Eliseevskii grocery store.

And for good reason: this Sunday marks the last day of opening of the famous store, after 120 years of good and loyal service.

We came to buy some souvenirs

Of course this closure is sad and unexpected

It's even a little scary to see that, in the end, everything is lost.

I hope that the place will still be kept as it is, and that we can thus continue the tradition.

Because despite the almost entirely empty stalls, smartphones are raised to remember this sumptuous place, with decoration dating from the Tsarist era.

The Eliseevskii was an institution for all Muscovites, like Maria who came with her sister Anna.

It's an important part of Moscow's history

This store has also always been accessible to modest people, despite its very chic interior.

We really like the atmosphere here, so we came to enjoy it one last time,

For the store's experienced cashiers, it's also the end of an era.

Irina, 56, takes it with a completely Russian philosophy: “

My children are in good health, we are not in time of war… There is not only the Eliseevskii

But everything is going very quickly and, according to rumors, the closure could perhaps still be canceled soon, if the city agrees with a buyer.