After denouncing an act of &amp; quot; nuclear terrorism &amp; quot; behind the apparent explosion that cut off the power at the Natanz uranium enrichment center last Saturday, ... 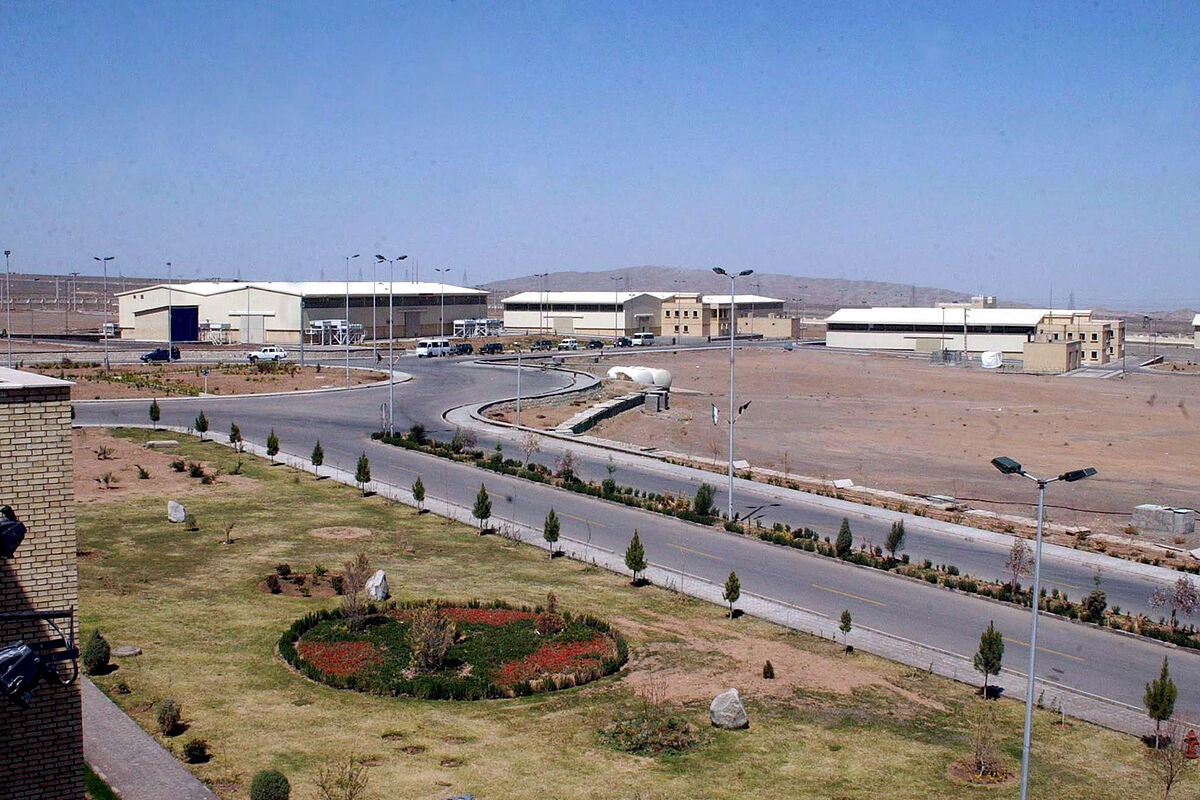 After denouncing an act of "nuclear terrorism" behind the apparent explosion that cut off the power at the Natanz uranium enrichment center last Saturday, Tehran has identified the country responsible and claims to have found the executing arm.

Sources from the Intelligence Ministry, speaking to the local media Nour News - linked to the Supreme National Security Council - have explained that

there is an ongoing process to arrest this unidentified individual.

This news has spread at the same time that Iran's Foreign Ministry, in charge of indirect talks with the US last week,

has directly blamed Israel and warned of "consequences

At a press conference this Monday, his spokesman,

, denounced that "fortunately, the incident did not cause victims or contamination, but it could have led to a catastrophe and, therefore, it is a crime against humanity."

Details about what happened remain unclear.

Jatibzadeh has stressed that "it will not have an impact on Iran's nuclear capacity. All the disconnected centrifuges were the old IR-1s - a model whose operation is allowed under the current nuclear agreement, whose revival is being negotiated - and will be replaced by other outposts. Iran will not be trapped. "

This Saturday, several more advanced model waterfalls were inaugurated, not contemplated by the atomic pact of 2015.

"caused a severe setback to Iran's ability to enrich uranium"

, and that it could take "at least nine months" restore production in Natanz.

Iran had embarked on a series of enrichment processes in Natanz a year after the US withdrew from the agreement and the reimposition of sanctions, promising to reverse them as soon as they were lifted.

Precisely last Tuesday the first contacts of the

to recover the pact signed by

and the centrist government of

, who will leave power in two months.

As soon as it began, an Iranian ship carrying out security tasks in the Red Sea suffered an explosion in its hull.

This Saturday the Natanz coup took place, which leaves doubts about whether Tel Aviv is acting on its own account or, as to date, communicating its plans to the White House.

seems to be at work again to torpedo this diplomatic opportunity that involves Iran and the US," says

, associate analyst at the Clingendael Institute.

"Let's not forget that while the majority of Israel's military and intelligence community prefers a restrictive deal with Iran, Mosad chief

is a close ally and confidant of Netanyahu. It can be argued that he is on a mission to hawk for his boss, "he adds.

This weekend's attack, similar to the sabotage of a centrifuge assembly plant in Natanz last summer, is the latest in a long history of covert mutual hostilities dating back to the assassinations of several Iranian nuclear scientists.

The last of them was

Most analysts agree that the little concealment of the Israeli claim, this time,

is done with the intention of forcing a reaction from Iran

Within the country there are growing voices, especially from the sector of a hard line that is increasingly calling the shots, demanding to react more firmly to these types of episodes.

The first is expected this Wednesday, when talks on the steps to take to revive the nuclear deal should resume.

A dialogue that is marred after the latest incidents.

has accused Israel in parliament of "wanting revenge for our progress in the line of lifting sanctions [...] they have said publicly that they will not allow it. But we will take revenge on the Zionists" .

"If they believe that our hand in the negotiations has been weakened" by what happened in Natanz, "in fact, that cowardly act will strengthen our position in the talks," he added.

, a government adviser, recalled on Twitter that centrifuges "are not the only lever in the negotiations. The attack on Natanz will improve protection protocols and increase the need for inspections, just when it must be negotiated to keep them at the same level.

Israel has fired on its own ally. "

Middle East: The clandestine war between Iran and Israel moves to the high seas

Israel From spy to deputy in the Israeli Parliament: "There is no mission that the Mossad does not know how to do"